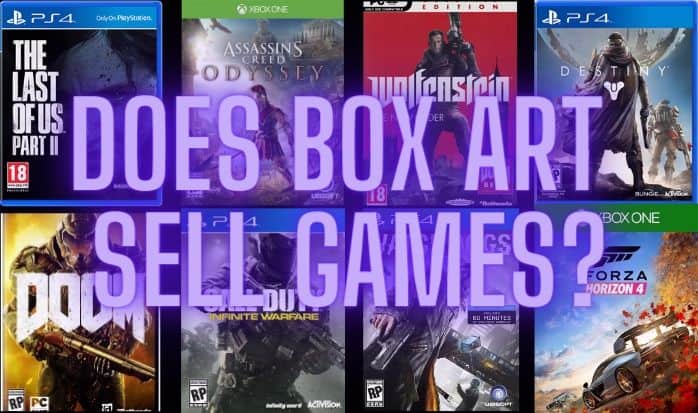 Box art is used for a single purpose: to sell merchandise. The imagery on the box draw the consumer in and attempts to convince them to buy whatever the art is selling. Historically, video games relied heavily on box art.

When we compare classic video game covers to modern video games, there is a clear difference. Classic games relied on bright colors and action shots to draw you in…even if the graphics were less appealing. Of course, these graphics are from the early years of gaming. But it stands to reason that classic game’s biggest selling point was their box art.

So, what about box art today? As games improve and develop, does box art hold as much significance as it once did?

A quick look at IGN‘s “Top 100 NES Games” will show you the artwork once used to design boxes. The imagery used is bright and captivating. The reason for this is since game graphics weren’t visually captivating, developers needed to rely on other ways to draw in their audience. Take a look at this Mega Man 2 box art, for example…

…and compare it to Mega Man 2‘s actual graphics:

Many other classic video games have also followed this model. And it worked. It convinced us to pick up games and take them home with us, without really caring what the graphics might be like.

As games evolved and graphics improved, as did the box art. The art on the cover of games changed from intricate works of art and into images of the characters based on in-game graphics. We can see this is in games like Crash Bandicoot, which came out in 1996. Despite the covers showcasing the graphics, they still involved action and excitement. There was still a need to pull audiences in and convince them to pick up the physical copy of the game.

Today, cover art looks significantly different than it once did. Publishers have begun opting for simpler designs for physical copies of games. As one YouTuber teases,  most covers feature the main character from the game “just standing there” or a close up of their faces. Covers of games seldom feature art that is a different artistic style from that of the game’s graphics (unlike classic games).

One example of this transformation can be seen in the Call of Duty. Unlike early installments to the franchise, more recent games follow the typical main character “just standing there” on the cover. Ghosts, Black Ops, Infinite Warfare, are all guilty of this.

So, why do modern physical copies vary so much from classic games? Simply put, publishers today don’t need to rely on flashy art to sell games. Instead, there are two major ways games are advertised: name recognition and showcasing.

Loyal customers buy games. As publishers put out more big titles, the more popular they become. Gamers know who sells their preferred genre of game. Because of this, companies like Bethesda, Ubisoft, and Naughty Dog can announce games and, with relative certainty, know people will buy them.

Of course, name recognition isn’t the only form of advertising when it comes to games. These companies must be willing to showcase their art and prove they’ve made a game worth playing. Because of this, companies invest a lot of time into preparing for conferences like E3. At these conferences, press and fans are given a first look at what games their favorite publishers are developing. Teaser trailers reveal more about the game than box art ever could. As a result, box art doesn’t really matter anymore.

What’s more, fewer people are purchasing physical copies of games. Since 2009, sales of physical copies have decreased as digital copy sales have increased. In Sony‘s 2019 first-quarter fiscal report, digital downloads made up 53% of full game software sales (compared to 32% in 2017). Because of this, we can assume people are buying games based on things outside of box art, such as reviews, descriptions, screenshots, and more.

Ultimately, box art matters much less than it used to. As a result, publishers spend less time and resources on designing box art in the same way they used to. Though some may claim it’s out of laziness, it’s more likely to be a lack of necessity. Selling a game doesn’t require luring people in because potential buyers already know what is in store.

What Do You Think?

Does box art sell games anymore? Is it important for publishers to create elaborate art for the covers of their physical games? Let us know down in the comments or on Twitter @thecognetwork.

Be sure to check out “Devolverland Expo is a Fantastic Game Showcase” and our review of the GSP 670. As always, thanks for reading.