I should specify, I’m not advocating for Planescape: Torment levels of writing being crammed into Tetris. While simplistic mechanics like that have been used to prop up more complex titles, they’re hardly puzzle games. A game such as HuniePop, despite relying on puzzle mechanics as it’s core gameplay, is about something very different.

We’re talking about titles designed around their puzzle mechanics, with everything else existing to support them. Games like The Talos Principle, Echo and The Turing Test. All of which you should try if you care at all for that style of game. They’re phenomenal examples of what modern technology can do with some ingenuity.

Ironically enough, puzzle games are far more simplistic to decipher than a lot of modern titles. A game like The Last of Us is constructed from many ambitions and desires, pulled in different directions. It appeals on a mechanical and combat level, a setting and visual level and a narrative level.

In contrast, puzzle games have one singular appeal. The titular riddles at their heart are the reason people play, as well as what keeps people playing. They distinguish themselves on the challenge and innovation of their gameplay.

The Witness proved that they don’t even need basic contextualizing elements. All you need are puzzles that have some measure of linear connectivity. After that, you can just dump the player in a map and leave them to figure it out. While it was aided by stunning visuals and a few emerging narrative elements, it needed nothing beyond its core.

However, with that bold exception aside, the majority of puzzle-centric titles do provide narrative context. Even a series like The Room, a trilogy about opening a box, has a narrative to get you from box to box. The puzzle remains the heart of the gameplay experience, but it relies on other elements to give it form and keep it moving. It’s how these games have evolved alongside modern technology.

The primary means through which puzzle games keep their gameplay fresh is by evolving their mechanics and challenge. They can do this either by introducing new elements, like light bridges and turrets in Portal 2, or by the evolution of existing mechanics, like the growth of enemy AI in Echo.

While these mechanics can be introduced out of nowhere, it’s better to ease players into them. It helps it feel like it’s expanding gameplay rather than drastically altering it. Many games can do this simply through tutorials introducing the concepts, but narrative can do this as well.

The introductory levels of Echo are exceptional, solely based on the visual storytelling of the enemies. Their evolution is terrifying to witness, even in a game that bright and nonthreatening. It does nothing besides explain mechanics, but because it tied into the story and the player character, it’s gripping.

However, even in these instances, it’s never something explicitly detailed. The vast majority of Echo’s explanation is done through visuals and implicit details. While Portal 2’s explanation is performed through incidental dialogue. Neither requires an explicit narrative justification.

Breaking Up the Experience

They may not need narrative as an element of their core gameplay, but puzzle games do depend on it. Narrative exposition and dialogue fill transitions between areas and can break up challenging gameplay. It’s used to keep things moving between puzzles, as well as to differentiate themselves.

Without its character-based comedy, Portal 2 wouldn’t be nearly as beloved as it is. And Echo has a lot of very long very empty corridors that would be painful without its dialogue. It prevents things from growing stale.

For those that struggle, it can also provide an incentive to push through boredom or frustration, when handled properly. The evolution of gameplay is inherent in puzzle games, so there can’t really be any mechanical rewards for completion. Story is the only motivator it has to depend on in that regard.

It can completely shatter immersion or investment if you get stuck on anything for a while. Not to mention the impact on the pacing of any story, considering the large gaps of time. Between that and having to repeat it all should you ever fail, it’s quick to become an imposition rather than an enhancement.

It’s the main reason why narrative in these games is very rarely explicit. Instead, it’s told in the form of background dialogue or visual storytelling, so it’s not allowed to impede gameplay.

This is evidence enough that the mechanics of these games are far more important than their conveyance of narrative. Good puzzle games are always and can only be puzzle games first, as they need more design than the average title to succeed. Besides which, completing riddles and besting challenges serves as its own reward. Narrative isn’t needed to motivate players or to keep the game in motion.

It is and always will be a welcome enhancement to a puzzle title when done well. But only an enhancement. Games that are designed primarily for a purpose other than puzzles that employ them are generally only fleshing themselves out. So, perhaps more than any previous genre, it’s a conclusive no.

If you liked this article, you can find more editorials from Culture of Gaming here. You can also follow us on twitter to know whenever we post a new article.

The Division 2 Has A Problem

Sat Jul 27 , 2019
Earlier this year, Ubisoft and Massive released The Division 2, the sequel to 2016’s tactical looter shooter. The Division 2 improves on The Division in almost every way, capitalizing and expanding upon the previous systems introduced in the original title. But, 4 months down the line, The Division 2 has […] 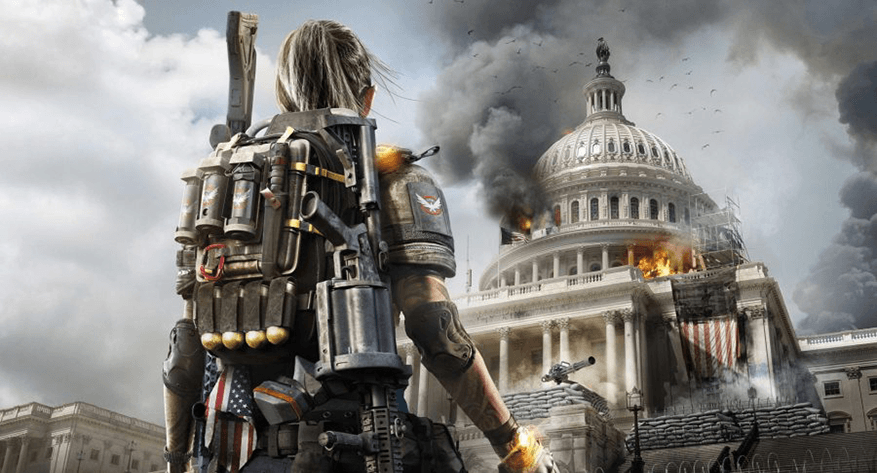