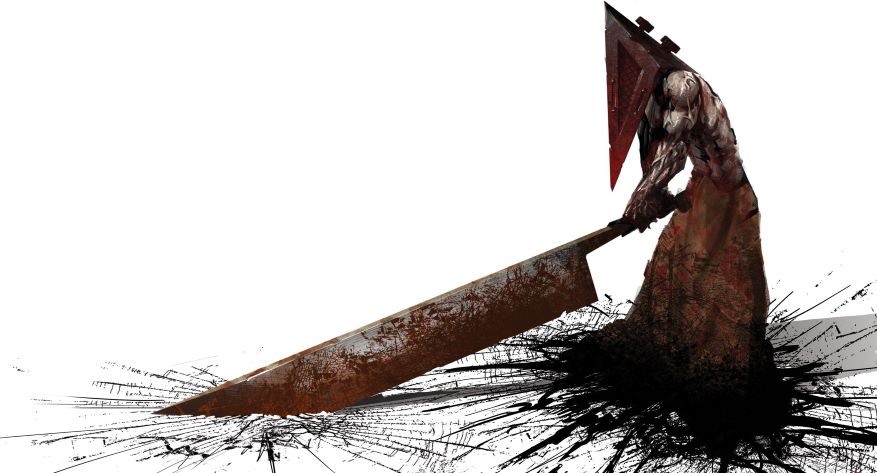 A good story is an excellent means of ensnaring minds, be that into a tale of tragedy or triumph, jubilation or despair. But the purpose of a story is rarely something so shallow as to simply be enjoyable. It always asks questions of us, or provides its own answers. So, in the world of video games, where fun trumps all, does every game need a story?

The obvious answer to that is no. You could name a thousand games without even a scrap of lore that are endlessly enjoyable. Do we need to know how giant car football rose to global prominence in order to enjoy Rocket League? We do not.

However, there are just as many games held aloft solely by their enrapturing narrative. A game like The Last of Us is mechanically indistinguishable from half a dozen other games. Nonetheless, simply because it managed to absorb players into its world and the plight of its characters, it earns respect and a legacy far beyond a polished, billion-dollar title like Overwatch.

The Nature of Horror Narrative

Today, we tackle that conflict in the horror genre. The battle between games borne aloft by their nightmarish narrative and those made compelling and terrifying without needing to rely on it.

To do that, we need look no further than something like 2013’s Outlast. It has very little story beyond a generic ‘investigate this asylum’ plot. In fact, it almost immediately abandons you in the center of its masterfully crafted horror-scape. The ignorance and isolation enhances the twisted imagery that follows, with no need for a narrative to prop it up.

It’s a narrative device that many horror games use. Hell, the Amnesia titles are literally named after it. However, one of the best narratives in gaming, Silent Hill 2, also spawned from this story seed. Protagonist James Sunderland chases a letter from his dead wife, utterly ignorant of the terrifying plunge into his own psyche that awaits.

In fact, Silent Hill 2 is a game that is at times mechanically infuriating and inevitably sports outdated visuals by modern standards. But remains perhaps the most widely celebrated horror game of all time based on the strength of its emerging narrative and its unparalleled capacity to suck you into the personal journey of a protagonist.

That’s not all the game has to offer, though. Its ingenious monster design and arresting atmosphere keep people playing to the point where the narrative unfolds, almost independently of the narrative itself. And many horror games that fall utterly flat where Silent Hill 2 excelled have succeeded on the strength of that alone.

The Power of Atmosphere

A game like Alien: Isolation boasts the same strengths, drawing on the innate horror of the Xenomorph and the barren, lifeless ship to compensate for a narrative that only really exists to put you at constant odds with the titular Alien. But it works.

Still, this technique can also fail. The Evil Within’s narrative was deliberately obfuscating. Similar to a Resident Evil or Silent Hill title, it sought to keep players engaged with inventive monster design and boss mechanics, while creating a haunting sense of unease at the shared confusion of player and protagonist. And while it does both fairly well, I personally feel that it falls short of any of the titles mentioned prior.

It’s bewildered and uninterested protagonist Sebastian Castellanos provides nowhere near the investment James Sunderland does and it has no previous appearances to rely on like Alien: Isolation and Dead Space 2. It attempts to begin its series without a narrative and have one unfold across itself and while it does adequately explain much of the chaos that preceded it, it actually detracts from some of the horror in doing so.

Just like how explaining a joke robs it of some of its humour, dissecting a monster can render it mundane. The Evil Within was at its best when it was structured like a literal nightmare. With a world that shifts in ever more chaotic patterns and enemies that seem to exist in ways you cannot understand.

At the beginning of the game, Ruvik is a near demigod. He is terrifying solely because the game’s twisted world seems to respond to him alone. Once Ruvik emerges as a vengeful brain in a jar, it undermines the effect somewhat.

This is a failing that appears throughout horror as a whole, as fear often arises from the unknown. Once something can be broken down and understood, it becomes far less terrifying. There are some things that should not and, in some instances, simply cannot be explained. The works of Junji Ito alone are enough to exemplify that. The otherworldly and nightmarish only remain so while the question is open.

So, What Place Does Narrative Have in Horror?

The answer to that is complex. And to understand it, we must once again look to Outlast. That title is at its best while Miles Upshur is clueless. At the utter mercy of its seemingly indestructible and completely unstable inmates. Once the narrative unfurls and the reasoning behind their condition becomes clear, the game’s plot and main threat are both dealt with by a floating fart.

Because the story of Outlast is not personal to Miles in any way, it was best served by its ambiguity. Miles had no investment in unfurling its mysteries beyond escaping the place, as his journalistic integrity was rightly abandoned as soon as he discovered the place was populated by insane, murderous mutants. In that instance, narrative served as a detriment.

However, in the case of James Sunderland, both Silent Hill and everything in it were incredibly personal. They were literal reflections of his own mind. To leave that narrative unfinished would make no sense to a character so invested in it.

I believe that to be the distinction. When telling personal horror tales, let the narrative unfolding around our protagonist be the driving force. When telling fish out of water tales like Outlast, an open-ended narrative is best. It leaves the game to focus instead on perfecting enemy and level design.

That’s my take, at least. If you’re interested in more of my take, I think it would be a blast to break down some more genres in this style. So, if that sounds even vaguely appealing, tell somebody. Word will reach me someday. Perhaps on my deathbed. As the silence beyond life draws me ever deeper, I shall lament that I never got the chance to satiate you.