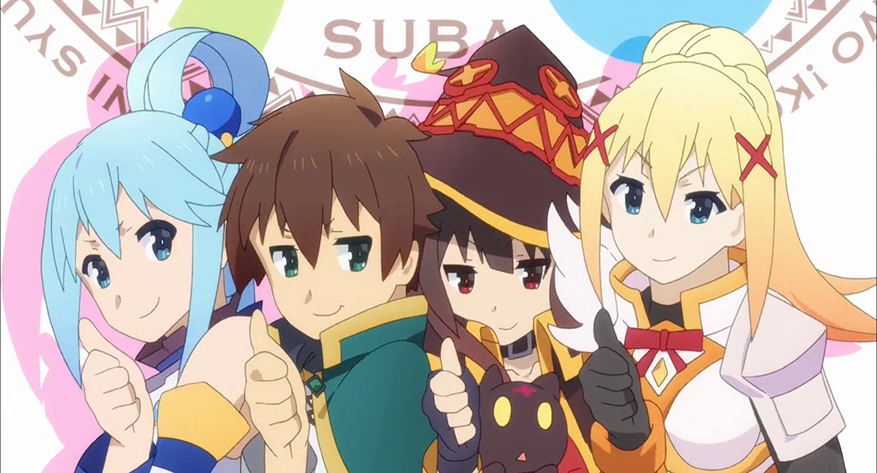 This piece is spoiler free.

Isekai. Isekai. Isekai. The genre that has overtaken the anime scene. Many fans and watchers are quite burnt out, leading studios to adapt material that provides a twist on the genre or a sort of “half way” isekai approach. One thing that isekai needs to absolutely excel at is world building. When the premise of your anime is “character(s) transported/stuck in another world” it is important that the new world feels real, and has well established rules, and of course an overall feel and tone to it. With the rise in isekai, it becomes possible to compare and contrast various shows’ world building skills. There are some great examples, and other not so great examples.

Foreign People In A Foreign Land

One such great example is Log Horizon. The basic premise of Log Horizon is that players of a popular MMORPG are transported into the game world. Slight similarity here to SAO, only the mechanism that did this is a mystery, and comes off as more mystical. While SAO was about trying to escape the game, the characters in Log Horizon first focus on attempting to live and prosper in the world, before eventually exploring possibilities of escape. Because of this, Log Horizon builds and solidifies its rules. It establishes clear mechanics that are held and kept consistent throughout the show,  as well as posing some interesting philosophical questions concerning what constitutes life in this other world. As a result of having to flesh out such a detailed and intricate world, often times an episode’s content will consist of cleverly disguised exposition about the game world. Other than that, Log Horizon is incredibly well paced, but that’s besides the point. Perhaps most importantly, there are many aspects of Log Horizon’s world that feel alien.

A not so great example of world building is… Konosuba. Okay, please lower your pitchforks, and hear me out. Konosuba is a fantastic series, but the world building isn’t all that incredible. Through it’s more supernatural means, Konosuba takes place in a very game like world. There is an evil baddie, namely the Demon King, and adventurers in the world have a stat sheet, level up with the adventurer’s guild, and complete quests to get stronger. Whereas Log Horizon will define certain terms that seem familiar to people that have played RPGs and create exposition, it serves to a more unfamiliar audience who may watch it without having played an RPG, and may not know these terms. This is opposed to Konosuba, where a lot about the world is left to an audience’s familiar assumption about how an RPG or even D&D like game would operate. The audience is given the very basics and premises, but Konosuba never spends any significant amount of time on it. While this certainly doesn’t take away from the show, as it is a character based comedy, it contrasts to other series that share its genre of isekai. The audience is given the bare minimum about Konosuba’s world, as it only really needs to serve as the background for the characters to interact in, and that is certainly the area that Konosuba excels in.

Of course, other genres besides isekai exist, and of course, anime that take place in completely fictionalized worlds but aren’t isekai also need strong world building. I think the obvious recent example of a show excelling at world building (fine, for at least 90% of the run) is Darling in the Franxx. As I mentioned in a previous piece about DitF, the bits of exposition for the greater world are fed to the audience via crumbs. It’s a very slow burn of exposition, that all eventually comes to a head at the tail end of series. Unlike Log Horizon, DitF never drones on about the world. The audience is left to speculate a lot about DitF’s  world, where in Log Horizon, not much is left hidden. This isn’t to knock either series, as both are valid ways of establishing their respective worlds. Although these two shows both excel at world building, they go about it differently. For contrast, a not so great example here is One Punch Man. Again, please lower your pitchforks.

OPM is so focused on Saitama and Genos’ fights that they almost seem isolated from the rest of the world. It isn’t until the very later episodes that the audience is shown how the greater League of Heroes operates and even then it comes off more as a “this is the way things are”. The audience is given very little history or overall “mechanics” of the OPM world. Unfortunately, this does impact the show’s enjoyability. While OPM is generally loved by the community, I find it unfortunate that in a world that clearly has a very diverse set of powers and creatures, it’s never quite elaborated upon how everything works when looking at the big picture.

Just like rules, a lot of trends have exceptions. There’s been a general trend here of shows that excel at world building usually expose a certain way. Whether it’s in droney bursts like Log Horizon or the bread crumbs of DitF, one show comes to mind that provides excellent world building, but doesn’t do it quite like the rest. Cowboy Bebop. While one could argue it leans more towards the breadcrumb side of things, Cowboy Bebop is notable because of how naturally it provides its exposition. A lot of environments or situations are presented in the show that carry a sense of “this is just the way things are”. The audience is only given hyper specific details when it is relevant to a character’s disposition, and it’s often done in a non-forced way, like through conversation, that most importantly makes sense for these details to be brought up in said conversation. The world (or better put, universe) of Cowboy Bebop feels fleshed out, even though by the end of the series, we’ve only really scratched the surface of the world. It puts into perspective how “small” the primary characters are in the grand scheme of things.

As a creator, building a captivating world for the audience to lose themselves in brings your form of media to the next level, and is important in both anime and video games alike. 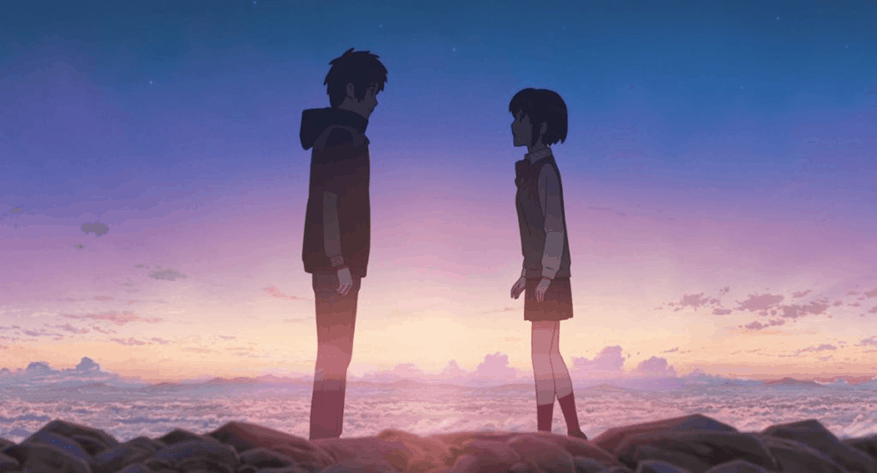 Which Anime Would Make The Best Live Adaptation?