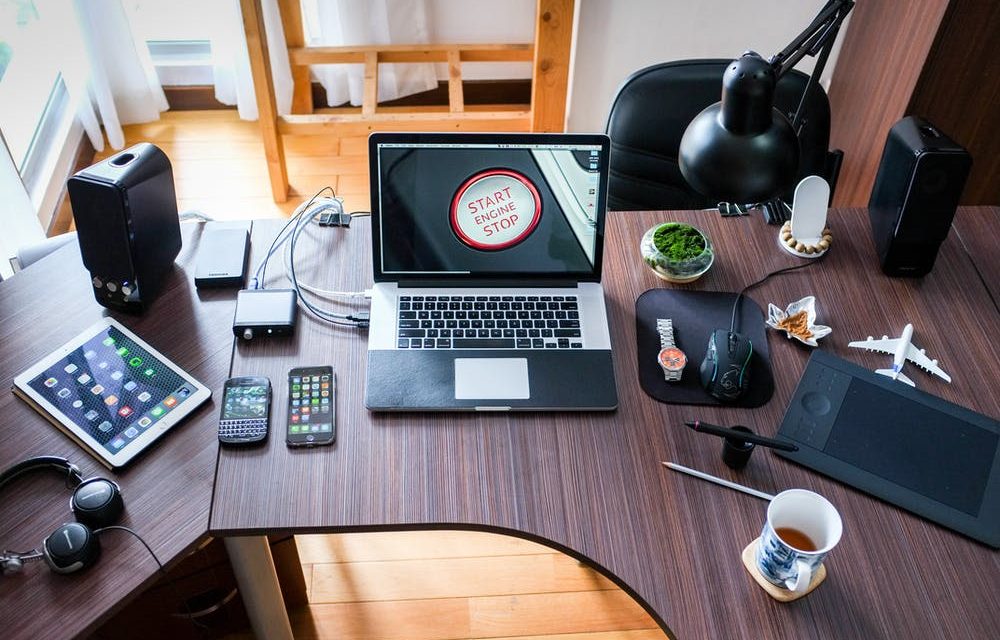 If you have recently discovered that there is an issue with your tech, then you might think that all hope is lost. The good news is that this isn’t the case. There are always steps that you can take to resolve most issues with your tech. So, let’s look at some common tech trials and tribulations as well as the best fixes to explore.

Have you heard of the yellow light of death? This was a problem with the PS3. If you switched on your PS3 and you saw a yellow light then there was an almost guarantee that you weren’t going to be playing any games that day. In fact, type about the YLOD in a reddit chat and you’ll quickly get an ocean of Fs for your fallen console in the comments. There’s a version of the YLOD for every game console that you’ve ever thought about buying.

You might assume that the latest consoles have avoided this issue completely. Sadly, this isn’t the case and there is already a similar issue for the PS5. With the PS5, you will see a white or blue light before the console refuses to turn on. The good news is that there are a range of troubleshooting steps that you can take if you notice this issue. For instance, Sony recommends that you try a different power cord, potentially from a PS4. You can also try a hard reset to get it to enter safe mode. Or, you might want to think about trying to put a game in when the console attempts to load. These are all attractive possibilities but sadly the word ‘death’ holds. If you notice this issue with your console, the only real choice will likely be an expert repair. It points to a hardware problem and this can’t be resolved with the typical troubleshooting methods. At least you’re not alone with hundreds of people being forced to return their PS5 to Sony for repair or replacement since it launched.

Tech Refusing To Switch On

You might find that your tech is just refusing to switch on. This could be your computer, tablet, phone or games console. So, what’s going wrong here? Well, it’s possible that it’s a faulty wire so that’s the first thing to check. You probably have about fifteen phone wires lying around your home so make sure that you try a few different ones before deciding that your tech is done for. It could also be out of charge so do give it about ten minutes plugged in.

You might also find that the tech is overheated. This is a problem that commonly impacts tech in the summer. If you’re worried that your tech is overheated, you need to explore some of the best ways to cool it down. One way that you can do this is with a hairdryer on a low, cold setting. If this doesn’t work it’s likely a failure with the battery unit that needs to be replaced.

Of course, your tech might switch on, but will it boot up? If you have a Windows computer, you might be struggling to get past the initial start screen. The good news is that that’s usually due to a software failure rather than a problem with the hardware. Why is this good news? Well, it’s easier to resolve yourself with some DIY tricks. This includes loading up the system in Safe Mode or computer a hard system reset. If you have the original disc or file for the computer then you can also explore a full restore. You are going to lose all your data if you do this, so consider if it’s worth it to avoid sending your tech into the shop for a pro repair.

If something like your computer is slow to load or is just being slow in general, then there could be a number of issues at play here. For instance, you might find that this is because your computer is nearly out of usable memory. You can check this by exploring how much data you are storing on the system. If you are using too much data, then you can either delete some files, transfer to a cloud server or use an external hard drive. Regardless of which option you choose, it’s essential that you do complete a full backup of your data.

If your system is slow to load, then it could also be a sign that there’s a virus that you need to be aware of. You should run a scan of your system and ensure that there isn’t anything nasty or nefarious lurking behind the scenes. This might be the case and if it is the best way to deal with it is to boot up your tech in Safe Mode. This will allow you to access files without connecting to the internet or any external device. You will then be able to delete any shady or hidden files that could be causing problems. Pay particular attention to recently downloaded software that you don’t recognise.

Alternatively, it’s possible that your system is slow to load because of a piece of software that is taking a lot of memory when it’s running. Software that is using the memory can different depending on your system. For instance, Mac users have recently noticed Chrome uses a lot of the CPU, probably to encourage them to opt for safari instead.

If your computer has only suddenly started to slow down, then you can think about rebooting it to an earlier point in time or configuration. This can solve the issue and ensure it does fire on all cylinders once more.

Water and tech don’t mix, we think that’s a given. While there have been advances in creating waterproof technology, it’s still not advisable to drop your phone in a puddle of water. If you’re wondering what to do if you drop your phone in water, then there are steps that you can and should take. For instance, the classic trick would be to quickly put your phone in a bag of rice. This does work and the rice will absorb all the water if you get there quickly enough.

If you are not able to do this, then you could try sealing your phone in a bag to dry it out. Be aware that you need to dab any water on the outside away first. If your phone does suffer water damage, then you might want to contact your insurance provider. You could try taking it back to the company that you bought it from like Apple. However, most companies will not provide a replacement or a free repair if your phone is damaged due to you accidentally dropping it in water. Your insurance company on the other hand should cover an issue like this and might be able to save you from a hefty bill.

If you are clumsy it’s definitely worth checking out the latest water resistant phones on the market to avoid this issue completely.

Are you experiencing issues with lag while gaming? First, it is possible that this has nothing to do with the internet and instead could be a setting on your TV. If that’s the case, then you need to check that your TV is set up for Gaming Mode. You can usually do this by switching your TV, booting up your console and accessing the TV settings. Game mode can usually be found under ‘options’ by scrolling down through the picture settings. This will ensure that there’s no interference between the input and your TV, ensuring that you don’t notice lag.

If this doesn’t solve the problem, then it likely is an issue with your internet. First, run a test of your internet connection. Most consoles will allow you to do this in the sittings.  Sony recommends that you have a download speed of at least 15MBps to ensure that you don’t have an issue with lag and this isn’t a high bar. If your internet speed is fine, then there could be something else going on.

There might be interference on the line. This can be resolved by resetting your internet router. A hard reset will switch the channels and could resolve the issue, ensuring that you do have faster speeds when playing games. You can also adjust the settings on your router to open pathways specifically for consoles like the Xbox One and PS5. This can provide better results.

A keyboard may seem like a simple bit of tech that can’t really go wrong. Well they decide to prove they can on many occasions. Sometimes there is an easy fix, for example if the keys are not working as they should then there may be debris under the keys, so a quick clean of the keyboard should have it up and running or typing again in no time.

We hope this helps you to resolve some of the common tech issues that may arise with everyday use, after all even tech has its off days!