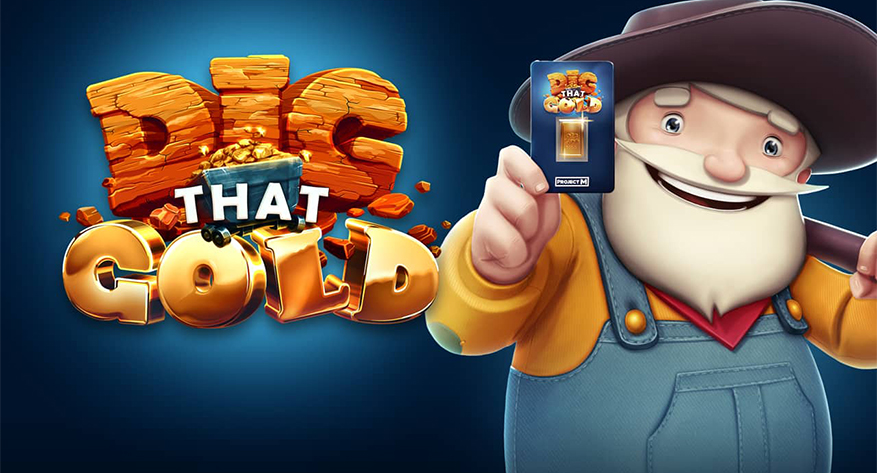 Dig That Gold is a game developed by Project M. In the game you play as a miner during the California Gold Rush. Armed with his trusty pickaxe and a variety of mining equipment, you play as a miner whose goal is to earn some gold. Players will be tapping on blocks and destroying them in a Bomberman-like style with all sorts of explosives and powerups. So what do players get for working hard every day in this puzzle adventure? Well they earn gold nuggets in-game to hopefully get a gram of 24 karat gold mailed straight to their house.

There’s Gold in this game!

That’s right, players can earn a gram of 100% genuine gold cast by bullion merchant Baird and Co. This is being done as a gesture of appreciation by PlayStack. It’s also a reward for going through many challenging levels. Of course, this is appropriate as the game’s release coincides with the 171st anniversary of the American Gold Rush, as first cited in 1848 in the Californian Newspaper.

While the game has been in early access for two years, several players have been rewarded gold via mail ranging from 1 gram to a slightly bigger 5 gram. There may be bigger amounts depending on if you want to settle with only 1 or 5 grams. The gold is indeed real and is earnable after signing up for free through the app and playing through the game for enough time.

“It also is of course a very rewarding game too – quite literally if you play it enough. But most importantly to us, we spent a great deal of time with Project M to make sure it fulfills PlayStack’s ultimate requirement – that it’s a superbly enjoyable game.”

How much gold can they give out?

The only problem is now that the game is reaching a wider audience. Being out of early access, will there be enough gold for all of the dedicated players of Dig that Gold? It’s unknown but it’s assumed that PlayStack probably has enough to go around.

Dig that Gold is out now on Google Play and the Apple Store.