Destiny 2: New Light has finally launched, giving everyone a chance to jump into the series. Unfortunately, Bungie seems to have taken the wrong notes from Warframe — New Light offers a very confusing and aimless experience for new players like it’s free-to-play contemporary. Letting players skip straight into the endgame is a welcome change, but new players who want to play through the story are having trouble figuring out where to start. Even players who want to dive into the endgame are feeling lost. But I’d be willing to wager that the vast majority of players are most interested in knowing what guns to shoot for – after all, the Destiny series is known for its gunplay if nothing else. So, I’ve compiled a list of the ten best PvE weapons a free-to-player can acquire.

Returning Destiny veterans should recognize this predecessor to the original game’s Outbreak Prime. The weapon is more or less unchanged, and the quest is far easier this time around. Outbreak Perfected is one of the most consistent and reliable pulse rifles in the game, sporting a slick aesthetic and an even better exotic perk. The Corruption Spreads offers great add-clearing and boss-killing capabilities, and Outlaw lets you maintain that high DPS. The Outbreak Prime exotic questline begins when you acquire a Fallen Transponder on the Rig on Titan. Its masterwork catalyst is tied to the heroic version of the quest dungeon.

Destiny vets need not read any further, because this is another exotic pulse rifle they should be intimately familiar with. Bad Juju returns in its original form, with the addition of a masterwork catalyst. Its String of Curses exotic perk gives a stacking buff whenever you score a kill with Bad Juju. Each String of Curses stack will increase the weapon’s damage (like Rampage). Each kill with the weapon will automatically reload it and generate Super energy based on how many stacks you have. It’s like three perks in one! The “quest” for the Bad Juju is a little unusual and convoluted, but Datto made a great guide video you can follow.

The Midnight Coup is actually a Year 1 weapon, most of which are obsolete because they only had one trait perk. The Leviathan weapons were unique in that they actually had two trait perks, like Year 2 weapons. And Midnight Coup possesses Outlaw and Rampage, one of the most desirable perk combos in the game. You might be able to get another hand cannon with the Outlaw Rampage combo, but the Midnight Coup is the first and only Lightweight hand cannon with those perks. Its perks are also non-random, one of the advantages of being a Year 1 weapon — in fact, Benedict 99-40 occasionally sells the gun in his weekly rotating stock. Another Leviathan weapon to look out for is the Inaugural Address energy pulse rifle, which features the slightly less desirable Outlaw and Kill Clip combo.

Knowing how and when you can trigger Riskrunner’s Arc Conductor is key to fully realizing its damage potential. For example, it’s common to trigger the perk by throwing an Arc grenade at your feet for a bit of Arc self-damage. However, once you get Arc Conductor going, Riskrunner turns into an add-clearing machine that puts most special weapons to shame. You can acquire Riskrunner from the Sacrilege mission in the Red War campaign, but you’re better off picking one of the other three exotic weapons offered (I recommend Sunshot) because the Risk/Reward exotic quest will hand you Riskrunner and its masterwork catalyst.

The Recluse is infamous for its ability to shred pretty much any minor or major enemy the game puts in front of you, as well as for its uncanny ability to dodge nerfs. The Master of Arms perk provides an incredibly powerful damage boost (stronger even than a fully stacked Rampage) that’s easy to trigger and easy to maintain. What’s not to love? The only thing that might put you off getting this SMG is the fact that you’ll need to step into the Competitive playlist to obtain 2100 Glory points.

Fusion rifles are probably the most underrepresented special weapons in PvE right now. But odds are if they’re using a fusion rifle, they’re either using Jötunn, a Year 2 quest exotic, or they’re using Loaded Question. Reservoir Burst is this fusion rifle’s pinnacle perk, letting it delete entire mobs with a single pull of the trigger. Loaded Question will only fire a Reservoir Burst when the magazine is full, but the burst deals 33% extra damage and explodes enemies on kill. The icing on the cake is the fact that it has Auto-Loading Holster, which means you can fire off a Reservoir Burst, swap weapons, and then Auto-Loading Holster will refill the mag for you. I can count the number of times I’ve manually reloaded my Loaded Question on one hand, and I have thousands of kills with it.

There was a time when the IKELOS SG topped the DPS charts. That may no longer be the case, but it’s still one of the best shotguns you’ll have access to. Trench Barrel shotguns can output a substantial amount of damage, surpassing even a shotgun with full stacks of Rampage. Once you get into Trench Barrel’s rhythm, you’ll find that the IKELOS SG can still hang in today’s meta. Fun fact: you can use your melee’s lunge to negate knockback effects! Escalation Protocol operates on a rotating weekly schedule, with each final boss having a different loot pool. You can check out a schedule like this one here on Reddit to figure out if the boss will drop the IKELOS SG this week.

A drum-loaded grenade launcher with Spike Grenades will be one of the best boss-slaying weapons in your arsenal. Field Prep is the second most important perk since it provides additional grenades. All you’ll need after that is a Boss Spec mod. If you’re chasing the perfect roll, then you’re looking for Quickdraw and as much grenade velocity as possible. Outrageous Fortune is a Vanguard weapon that drops from Strikes and Play of the Game drops from the Crucible. Through Fire and Flood is a world drop. Just be careful not to blow yourself up when you get your hands on one!

Swords are pretty niche since they lose quite a bit of effectiveness if you can’t execute a combo – levitating bosses like Wizards, Servitors, and Hydras can be a problem, for example. There’s also the inherent risk of getting close to an enemy, especially on harder difficulties. However, once you get past that, a well-rolled sword combines incredible add-clearing capabilities with some of the highest DPS in the game (surpassing that of a Spike Grenade launcher). The most important perks are damage-boosting perks like Jagged Edge and either En Garde or Whirlwind Blade. Future Safe 10, one of the Curse of Osiris Lost Prophecy weapons, is a suitable substitute. However, as a Year 1 weapon, it won’t be able to accept a Boss Spec mod.

They may not be the best at boss damage, but if you need to kill adds, there’s no tool more reliable than a machine gun. 21% Delirium stands apart from the rest because it has two very special (or heavy) perks: Overflow and Killing Tally. Overflow will automatically reload your weapon when you pick up a heavy or special ammo brick (even if you don’t have it equipped). Overflow will also double 21% Delirium’s magazine capacity to a whopping 204 rounds. Its pinnacle perk, Killing Tally, works like Rampage, except you keep the damage stacks until you swap weapons or reload. Loading 21% Delirium up with Overflow doesn’t count as a reload. Think about that.

Thanks for reading! I hope this list helped you figure out which weapons to start working towards, but keep in mind that this isn’t a be-all and end-all list. Not only have I probably missed some weapons, but you can also perform perfectly well with any weapon in any PvE activity in this game — and this advice is coming from someone who usually uses a bow in raids.

If there are any weapons you think should be on this list, feel free to leave a comment! And remember: “It’s not murder if it’s robots!”

If you’re interested in some of our other content, be sure to check out Nicholas’s Killer Queen or BurgerTime Party! reviews!

How to Play League of Legends 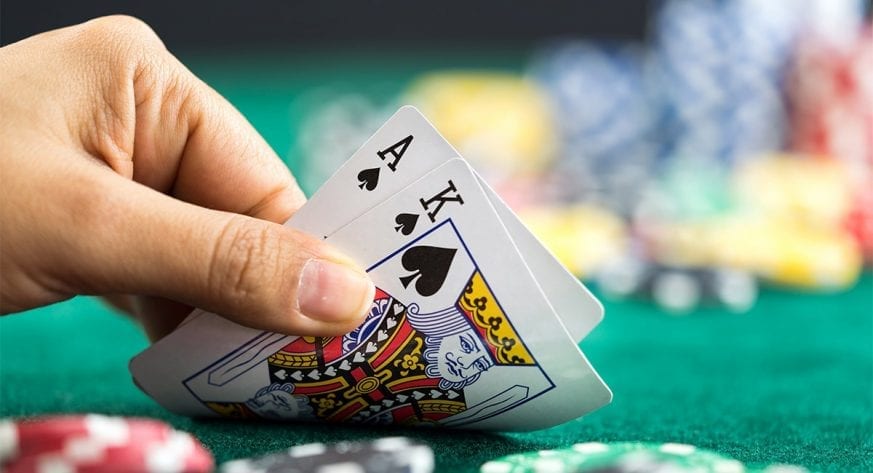 What are Your Chances of Winning at Blackjack Against the House?