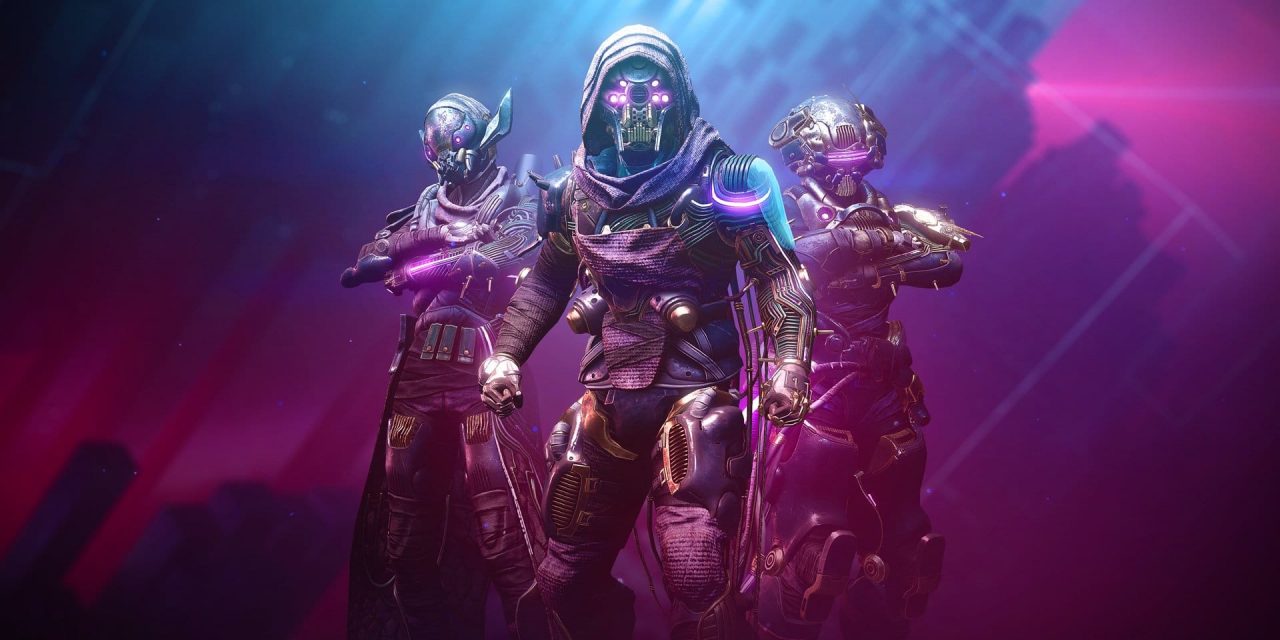 With the end of Guardian Games 2021 signals the coming of the new season in Destiny, season of the Splicer. With two weeks in, I’m giving my thoughts on how it’s going, how it’s gone and how I think it’ll continue.

Season of The Splicer brings with it a new story arc with new allies and enemies.

This time, the Vex have taken over the Last City and it’s the Guardian’s responsibility to take it back. With the help of Mithrax, an unlikely ally, the Guardians have to hack through the Vex construction and save the Last City.

Overall, Bungie has been doing great work recently in terms of storytelling, particularly in this season and the last. We’ve been seeing some great plots and story beats with great interaction and political storytelling between the races. It’s great to see the tension rising between the main protagonists, especially the ones we see so often but feel empty and lifeless outside of the main story content. What’s also great is that the long history of Destiny 2 (including some older characters) have had their stories kept intact. Age-old grudges and hatred really come into play this season and are really shown through the writing which is absolutely fantastic to see.

Each new season brings new activities, and with Season of the Splicer, we got Overrides. Overrides are a 6 man matchmade activity that is the main gameplay loop of the season. Without saying too much, Overrides are about what you’d expect out of an activity, collect X thing, deposit it and fight a boss. Nothing too special. That being said, the loot that drops from this activity is more than enough incentive to keep me interested.

There are currently 2 Overrides out, and a third one coming. I was disappointed seeing that the second Override on the Moon didn’t really add a new element and is very similar to the first Override aside from a different boss. I would’ve thought that with the Overrides being advertised as such a large part of the season, there would’ve been a bit more time spent on them.

Speaking of loot, Season of the Splicer brings with it new additions to the large arsenal Guardians have already. Alongside new perks and traits for weapons, there’s plenty of new god rolls to chase via the seasonal activity which makes up for most of the gameplay loop in the season.

On top of that, there’s new seasonal armor to chase which is based on one of the races which looks pretty meh.

Finally, transmog has come to Destiny 2. Well in some form…

Bungie has released transmogrification in the form of Armor Synthesis, which is great! Until it isn’t. While the release of Armor Synthesis is great for the community, it turns out Bungie has capped the amount a player can transmog on a single character per season. Most of the player base is pretty unhappy about this and rightfully so. In a game like Destiny, where players grind countless hours for loot to then not be able to grind for transmog gear, seems a little counterintuitive.  Personally, I haven’t found the limitations too bad, as I haven’t really wanted to transmog much of my armor so far. But I can definitely see it being annoying for others or limiting in later seasons. Bungie does offer an alternate way of getting more transmog gear through Eververse, which is its paid store. Once again it’s quite obvious to the player base that the arbitrary cap placed on transmog is a cash grab so players buy it from the paid store. It’s probable that this cap will be removed in the later seasons as Bungie has tended to do so in the past, but at the moment it is a bit egregious.

Another feature that is common among new seasons is a story dungeon that matches with the season. This season’s newest story dungeon is called Expunge. While not much is known about the dungeon at this current time, a large proportion of the player base is hoping that this dungeon offers a new exotic for Guardians to toy with. The previous two seasons’ story dungeons dropped exotics with random rolls incentivizing farming from week to week. Hopefully Expunge is similar, but we’ll know by June 1st.

Including the regular seasonal offerings, Bungie has graced the player base with the return of the classic D1 raid, Vault of Glass. Vault of Glass as far as I’m concerned is a great addition to the game especially after Bungie removed a large proportion of the content in the game. It’s good to see Bungie has made some modifications to the raid to change it from its D1 brother.

Without spoiling too much, the raid is faithfully recreated and looks much better in the D2 engine. On top of that, the classic exotic Vex Mythoclast has returned again, filling many D1 players with nostalgia.

Looking to the future

Season of the Splicer is good. And Bungie has been doing a good job in the recent seasons. With the release of Expunge and a couple more events in Season of the Splicer, it’s shaping up to be a good one. My main concern for the current state of Destiny 2 is that the current seasonal formula as it is right now may get really boring quickly. This is of course dependent on whether or not Bungie makes changes in the next season to vary things up a bit.  Bungie has made great strides with the story in Season of the Splicer and I hope they continue to do so into the next. I’d definitely like to see more story beats involving some of the older characters especially leading up to the big expansion that comes out later in the year. However, I’m satisfied to keep playing Destiny 2 throughout the season and even beyond that.

Destiny 2 is available on Steam, Stadia, Playstation and Xbox.

Musicality
Liam is an Australian writer currently studying Media in University. On any good day, you'll most likely find him sitting at his computer, socializing/ gaming with friends with a milk tea in his hand. His main interests are in gaming and pop culture, and is constantly fascinated by the discourse around it.  He mainly plays MOBAs and MMOs but will never stray far from a good single player RPG. He hopes to one day be able to write for companies like IGN or Kotaku.
Latest posts by Musicality (see all)
Post Views: 6

Liam is an Australian writer currently studying Media in University. On any good day, you'll most likely find him sitting at his computer, socializing/ gaming with friends with a milk tea in his hand. His main interests are in gaming and pop culture, and is constantly fascinated by the discourse around it.  He mainly plays MOBAs and MMOs but will never stray far from a good single player RPG. He hopes to one day be able to write for companies like IGN or Kotaku.

How to Play League of Legends