Cyberpunk 2077 Genital Customisation is a Thing 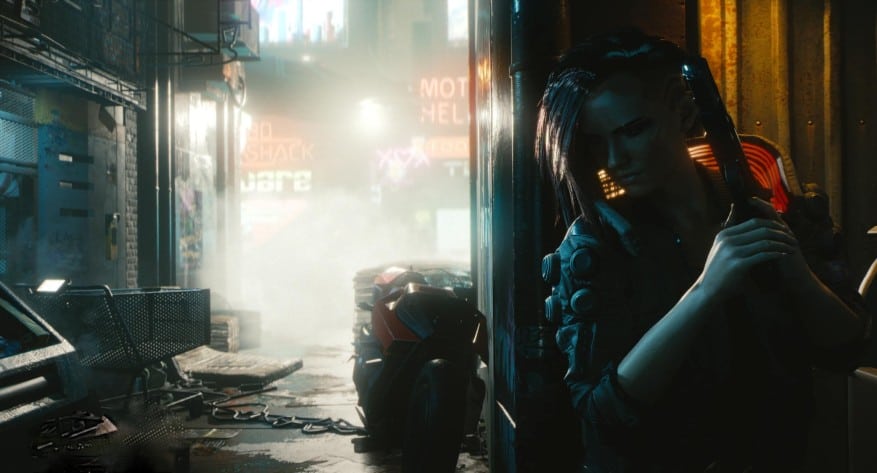 The ESRB has given its ratings report for the upcoming Cyberpunk 2077, which includes an interesting tidbit regarding customization. It appears that Cyberpunk 2077 genital customisation is now a thing. Because the world doesn’t need to get any weirder… right?

Specifically, the report states “Players can select a gender and customise their character. Customisation can include depictions of breasts, buttocks, and genitalia, as well as various sizes and combinations of genitals,” which likely contributed to the game’s M17 rating. This seemingly results from developer CD Projekt Red’s decision to provide “really inclusive” character customisation. Which will also not conform to standard gender options within most games.

What Else Does it Say, apart from ‘Cyberpunk 2077 genital customisation’?

The report references much of the adult content found within Cyberpunk 2077 as its reasoning for an M17 rating. Similar to a previous report written by the Australian Ratings Board, the ESRB points out instances such as giving players the option to “engage in sexual activities with other main characters and prostitutes.” It also mentions depictions of partial nudity and characters “moaning suggestively while moving through various positions.”

Cyberpunk 2077 will release on September 17th, with more information on the game coming during the Night City Wire event on June 11th . While nothing has been confirmed, gameplay and story elements seem likely to appear, as we know little about either aspect. News about the game’s previously announced DLC could also show up, as CD Projekt Red has stated that it would discuss expansions before the release date.

How do you feel about Cyberpunk 2077 Genital customisation? Does this affect your opinion on the game? Let us know in the comments! For more news, check out Microsoft’s announcement of Xbox 20/20 or the method used to leak The Last of Us Part II. Otherwise, keep it on Culture of Gaming for all things gaming! As always, thanks for reading COG!