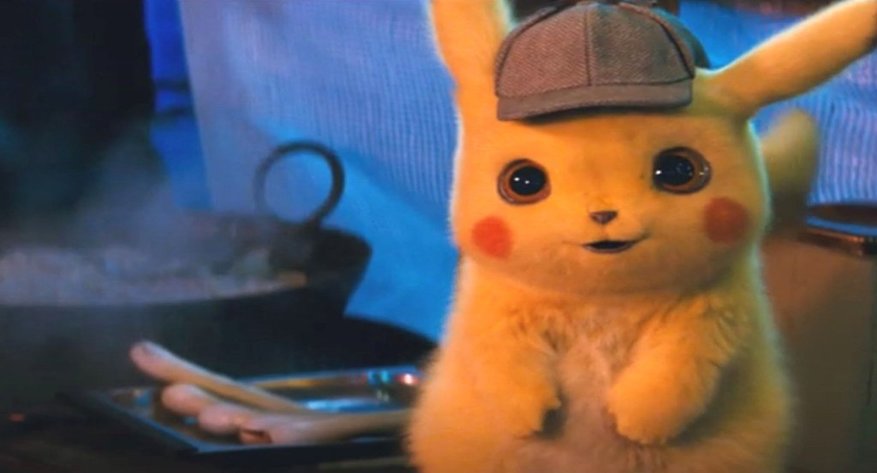 I’m still pinching myself over the fact that Detective Pikachu is a thing. I can’t wait to go see this movie, even if it doesn’t live up to just how crazy I think it’s going to get. Pikachu with the voice of Ryan Reynolds? A real world of Pokémon? There’s a reason why people weren’t sure if it was a well made fan film at first.

But it all makes a weird sort of sense.

Animal Crossing As A Political Thriller

Now, I don’t claim to know a lot about Animal Crossing. It’s not exactly my favorite Nintendo franchise. But I do know that New Leaf‘s premise is that the main character is mistaken for the mayor of the town. What if, perhaps, the “real” mayor shows up dead? What if you are the prime suspect? And the kicker? A witness is too afraid to come forward about the real killer…

It’s all already there. Whatever you do, don’t cross… Animal Crossing.

When IGA took over the Castlevania series, much of the Conan the Barbarian style artwork for the series took a backseat to a much more, shall we say, delicate-looking style. The main characters were no longer musclebound dudes. They were pretty and had long flowing hair.

Then later during the DS games starting with Dawn of Sorrow, the graphical fidelity of the system allowed for a much more pronounced anime inspired look. I’m here asking, why not take it a step further? Why not have the whole thing be a friendly cartoon? I’m not talking like Captain N. I’m talking more like Muppet Babies.

Imagine a cute cartoon version of Trevor Belmont, Grant the pirate, Sypha the sorceress, and Alucard the half-vampire. All of them on a road trip to take out cute versions of zombies, mummies, and many other monsters. As the DC cinematic universe is showing us, not everything needs to be edgy. I know that the Netflix series had some humor, but why not take it further and make it cute? The whole gang chilling out while kicking cute chibi monster butt.

Kirby As A Lovecraftian Nightmare

All right. This is not as much of a stretch as you might think. For those who don’t know, Kirby is an incredibly

disturbing series. Everyone knows the cute and fluffy exterior. And I know it sounds crazy. But the actual lore of the Kirby universe is nightmare fuel. (Watch these YouTube videos from WoolieVersus if you don’t believe me)

Everything from giant clocks that can grant unlimited power to any evil entity that happens to wish upon it to the Void Termina which is capable of destroying everything and worshiped by a warped, evil cult. It only gets scarier and scarier. If Nintendo ever decided to make a movie or video game that actually brings the lore of the Kirby universe front and center, you may never sleep again.

What ideas for video game characters outside of their style or genre do you have? Let us know in the comments below!