Could VR Make a Comeback? 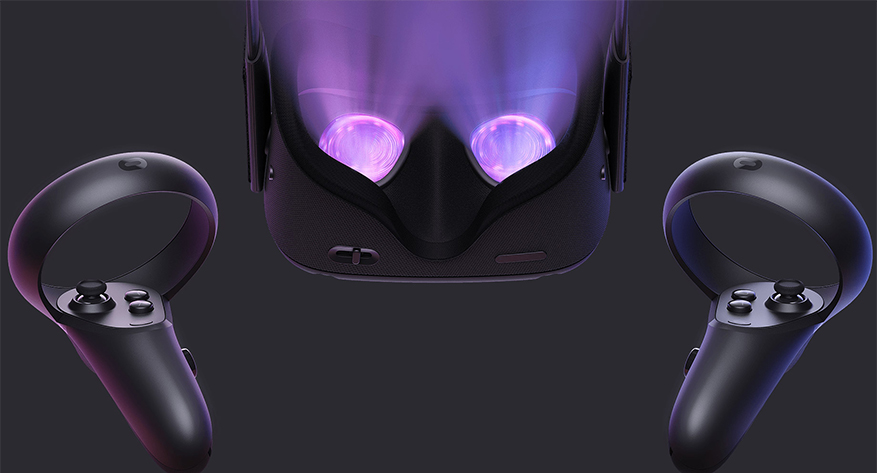 Virtual reality has received many criticisms since its release in 2016 such as it being just a fad, too expensive, and being just plain bulky. Well that was three years ago when VR was new with not too many games making full use of the VR experience. Well now it’s 2019 and people want to know if VR has its place in the mainstream industry. While I do believe it could, we should look back at some VR equipment and see how they can do it.

Do you know what many gamers have that probably want to play virtual reality games? If the answer was the PlayStation 4, you’re correct. That’s right, PlayStation has the upper hand in the console virtual reality industry at a low price of around $200. While the headset is cheap on its own, it would assume that users already have the console along with the motion controllers.

For many gamers it’s a pretty good gateway to gaming in virtual reality. The PlayStation supports many games including Tetris Effect and Arizona Sunshine. While Tetris Effect uses Virtual Reality for visual effects, Arizona Sunshine remains to be one of the most fun games involving a man’s adventures of shooting zombies in many different scenarios. Being decently cheap there are some problems that users have reported such as the hand tracking not working correctly at times. It’s also unfortunate to also know that the headset itself has the lowest resolution out of all the VR headsets out at the moment at 1080 x 960 while the Oculus Rift and HTC Vive run at 1080 x 1200. While the equipment itself needs some upgrading, the PSVR is an important part of the Virtual Reality community.

VR on PC has a wider selection of games with the possibility of having a smoother experience and being more expensive as a result. While the Oculus Rift lies comfortably at $349, the HTC VIVE values at around $500. Currently the Oculus is the cheaper choice, but the selection of games between them are the same since they both can connect to SteamVR. This way people can enjoy some genuinely great VR games including Sword and Sorcery, Gorn, and even VRChat. All three games are always improving themselves and the overall library of games is always increasing.

The HTC Vive is the main competitor against the Rift.

The only downside is that full-body tracking is limited to workarounds with the Kinect and an addon to the HTC VIVE. Now obviously the next step is to add full-body tracking without any of those sensors. Well both the VIVE and Oculus are developing headsets that can work without a console, PC, and sensors.

The Oculus Quest is a new version of Oculus’s current VR headsets with a good catch, it has full-body tracking implanted within the headset itself with no expensive computers, no console, and no other hardware for $399. The extra sensors seem easy to set up, but the extra space to place them around might be a hassle. Now people can rejoice and throw those silly sensors out in place of just the one headset device. Also, if you don’t have a PS4 or an expensive VR-ready PC don’t worry, everything is built-in the Quest itself. Also, HTC is creating VIVE Cosmos and can be assumed to be about the same thing as the Quest but using its own room-sensing technology and eye-tracking.

The Vive Cosmos aims to be wireless peripheral as well.

The Quest is releasing in the Spring for $399, while the Cosmos is releasing early 2019. These two products seem like a huge step-up from what we’re currently using to bring VR back into our homes. If the technology works, then bringing Virtual Reality to the mainstream would be no problem if people don’t need a PS4 or a high-end PC to play. Simply putting on a headset and a couple of controllers without a TV or anything else seems to be the future of VR.

So could VR make a comeback? I would think so. If any recent news is something to go by, Virtual Reality is something that is actively being worked on, both peripheral-wise and game-wise. With these improvements Virtual Reality can finally be something close to the technology the people use in Ready Player One.