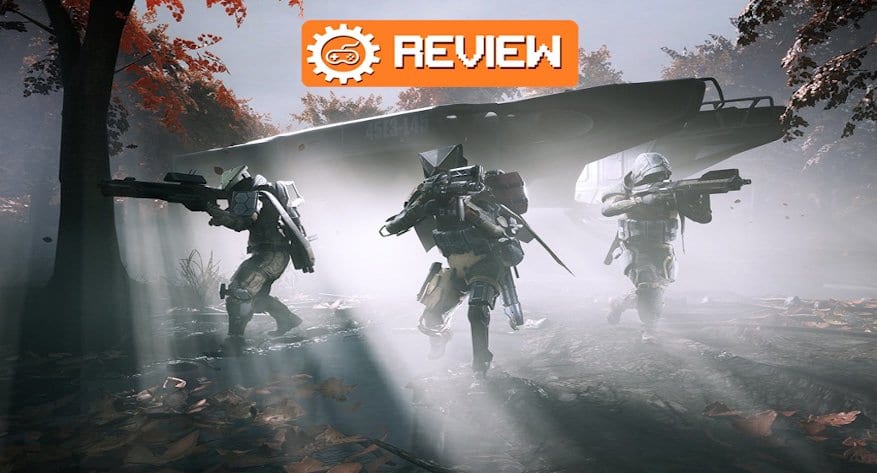 X-COM is notorious in the PC gaming space for being the quintessential turn based strategy game. Its tried and true formula has led to plenty of hours of gameplay, and of course, plenty of memes.

In comes Corruption 2029. A title by Indie developer The Bearded Ladies, who previously made waves in this space by launching the critically acclaimed Mutant Year Zero in 2018. Corruption 2029 aims to make similar strides, capitalizing on the success of its predecessor. How did it stack up? Find out in our Corruption 2029 review below.

A Review Copy Was Provided To Culture of Gaming.

Making Some Strides In Gameplay

As with every PC Game, it’s always beneficial for my general sentiment for it to have passed a very simple litmus test. The test is as follows: bringing me to a menu before starting the game. Corruption 2029 passed with flying colors, and I was able to customise audio and graphics options to my liking before jumping in. And to its credit, it did a fantastic job of tuning the settings based on my hardware.

Diving into the game, I was given a brief overarching story synopsis, done in the form of several sentences that periodically popped up on the screen. Basically: soldiers have augmented hardware so they can be remote controlled. Year: 2029. Second American Civil War. Lovely. Your job is to control a squad of three soldiers against the enemy. Simple, yet somewhat compelling based on premise alone.

Starting into the game, with a decently seamless transition from into cutscene to actual gameplay view, I was already liking where the game was going. Unlike X-COM where everything is turn based from the get go, Corruption 2029 takes an alternative approach. Players can move the squad characters around the “over-level” with WASD and free movement, but activate the traditional turn based, tactical strategy game combat style once engaged with the enemy. To Corruption 2029’s credit, this does wonders to ease along the gameplay loop, as you can use this system to lure out and isolate enemies to pick off to make the main fight in every level a bit easier.

At this point, I’ve recruited two other squadmates (who don’t go away) and have begun easing my way through the first level’s combat encounters. Nothing too out of the ordinary here. Position your units into favorable positions to hit enemies and/or not get hit. I’ve already encountered my first “tough” enemy, who has quite  a bit more health than the previous enemies I’ve just fought. Speaking of variety, while there’s not a whole lot of variety, what’s there provides a decent enough challenge to keep the gameplay fun and thought worthy.

More to the gameplay, unfortunately the game doesn’t escape from the classic X-COM meme of shoving your gun’s barrel down an enemy’s throat, and still having a percent chance to miss. I’ve had many encounters in Corruption 2029 where one of my characters will be looking directly at an enemy. Let me rephrase: a clear, unobstructed line of sight to an enemy, and yet still not able to fire on said enemy because I apparently have “No Line Of Sight”. Whether it’s a bug or a product of a calculation that’s too complex for my walnut brain to understand, it’s frustrating yet morbidly hilarious when it happens.

From there, it’s just wash, rinse, and repeat. Select missions that quite honestly have minimal variation between them. Occasionally a second objective is tacked on, and if you’re really feeling spry, there are challenges to complete on each mission. Before each mission, you’ll have to load out your squad. The weapons were all fairly basic, with the most interesting thing here being the “Augmentations” you can equip certain squad members with. Abilities like leaping over cover and knocking back enemies on the other side. Simple things to throw a little bit of spice into your life.

That drone right in front of him? Yeah he’s not hitting that. Image Credit: The Bearded Ladies

Design wise, Corruption 2029 leaves a lot to be desired. While what’s there is pretty solid, locations get reused, and get awfully stale after a while. On the flipside, the levels are chock full of what I would describe as “tactical opportunities”. Things like turning on a TV to distract an enemy to pick them off. This helps shake things up so you’re not just going through the motions in each level.

Graphically, the game is quite gorgeous looking, and performance wise, no issues. Aesthetically and atmospherically speaking, is where things get a little shaky. Individual character wise, is somewhat interesting. Mechanized components combined with headgear that’s evocative of a tricorn hat for the “good guys’ ‘, and all black armor, trench coats, and masks with red armbands for the `bad guys”.

Moving past the individual designs, the world itself is lackluster. Nothing feels fleshed out, and it barely goes beyond providing you with the barebone basis to go off of. Nothing is super futuristic, and what’s there is nothing that hasn’t been seen before. This lack of substantial atmosphere and world-building is a massive disappointment when compared to Mutant Year Zero.

All in all, Corruption 2029 is a decently fun strategic shooter, if that’s all you want out of a game. The free movement when travelling throughout the level, combined with the tactical opportunities provide for plenty of variance, and to be fair the game rewards experimentation with the aforementioned augmentations. But, if you’re looking for a compelling, fleshed out world and story with a memorable cast of characters, you’ll have to look elsewhere.

Check out our other reviews here.

Corruption 2029 provides a fun tactical shooter experience, that is only let down by it’s lack of world design, and reuse of the same levels. The customization and level variation also leaves a lot to be desired.