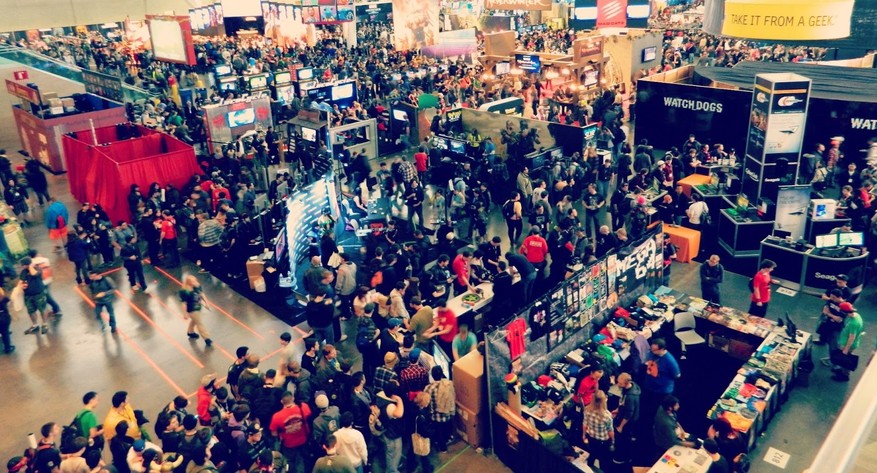 Let’s say there is something you want to go to. A simple event where like-minded people gather: conventions. This could be for various reasons, such as video games, cosplay, photography, or curiosity. With myself attending a convention very soon and at the last possible minute, people ask, “How do you do it?” I just look at them and go, “You have to search.” Which is true. There’s no telling the number of people I have met just from searching where to stay. Finding a last minute hotel room is no easy task, especially on a budget. It’s doable, but obviously not recommended. Last minute getting that information from work and having to ask if there’s a room to spare. It’s scary to think of, but we’re here to help.

First, here are a few things to think about before attending a convention:

Conventions and your budget

Spend, spend, spend: this is what people want to do during a convention. It can be off-putting when you don’t have any money to spend at the convention but don’t worry. That same item is more than likely to be there when you arrive next year and the year after that. In fact, it’s likely if there is a major booth selling something you want, it will be at the next convention. So, you don’t have to plan too much according to personal spending. Even many smaller conventions are likely to carry it, including independent artists. It’s just as simple to get their information and move on.

Make sure to keep within your budget and plan accordingly. Most conventions may only take a total budget of about $300-500. Going into some of the more popular conventions, my budget is usually set pretty low at about $300. This includes hotel space, badge, and some left over for food and petrol. It is very important that you set aside a good amount to get you back home. Sometimes I had to drive half the speed of a speed limit sign because my planning did not involve petrol money. Don’t be me! During a convention, it’s really easy to forget this.

Finding a hotel/motel to stay at

With all the experience I have had over the years, it’s actually increasingly difficult to find one. Not for lack of trying either. While finding a room for yourself would be ideal, if you had that kind of money to spend, it’s best to group. So, that means finding space in someone else’s room. Whether it be floor or bed space, be flexible. Remember, it’s last minute and you might not find another. There could be at least a couple of others looking around the time you are. It’s best just to skimp luxury, unless it’s medically relevant that is. Bring a pillow and a blanket, and something you will want to sleep on if you have to use the floor.

Now, where to look? Well, for some reason a few of the conventions I have frequented scrapped a forum altogether. These were the ideal places to look for carpools, room space, or even cosplay groups. Nowadays, it’s Facebook. Sometimes, you’re able to find other means by way of search engines, but that’s if it’s a last resort and you’re in panic mode.

Ask friends, if you have made any during these conventions. Friends can be some of your greatest allies and sympathize, sometimes allowing you to room with them. Even with this, I still personally choose random people to room with. I’ll post something on an event page on Facebook, or something on some forums somewhere. It was found to be very much worthwhile, and I’ve met people who I still have conversations with.

Parking and the convention schedule

With conventions, it’s also easy enough to overlook parking. If you’re travelling by car or truck and need to find parking, there are not a lot of places online to search. When you’re planning to stay overnight it is far more difficult. There are free places to park by word of mouth, as well as others that offer overnight parking for additional fees. Go through Facebook events, but don’t get your hopes up as there might be no response, or you get re-directs to their friends. For the most part, I’ve had lots of trial and error. Even now, the dynamic has changed and options have actually become more limited. Some things haven’t changed, but expect them to just in case.

Before setting off, get a small idea in your head about what you want to do while there. After your arrival, you can pick and choose on the fly. Your ideas may change, but it’s still good to think about it on the way. Pretty much you have until that night to get everything officially squared away if you found a room to stay in. Just enjoy yourself and make the most of it. Be sure to keep that extra money away from your personal spending cash. Many conventions seem to run only a weekend to maximize their turnout, especially if they are much smaller in comparison to others.

I have to plan my budget, and the convention is only 2 days away. I’m still in need of a room, but I have found options in the last 24 hours. Worrying about parking will begin once I arrive, and luckily it’s not difficult for the area. My schedule just consists of taking multiple photos and possibly hanging with friends. There is a swap meet I will be selling at, so that takes care of my budget that Thursday night for when I leave. Luckily, the convention is only about an hour away, so there is no worrying about petrol too much once I fill up some from home.

If this was me going to a convention in Los Angeles, at their convention center, then it would be far more difficult. I would likely have to place twice as much money into my budget for the added expense of parking and petrol. There would unlikely be a swap meet, and I would have to save up all that money just to go and return home.

Plan ahead, even if you think you might not be going. The only thing I can attest to possibly waiting on is the hotel. Finding a hotel is not all that difficult, but you have to actively search and ask around. There may be that one person looking for another person to room with. It decreases the cost for both you and the other person. Still, don’t be me.

While you’re here, check out these articles: Planning Game Collecting and Events for Gamers!