Claw machines can be an addictive, filling an ever-growing need to try to beat it. However, it’s often the case that it might beat you. People spend cash and coin on these in hopes it turns over a win, or in other words, the prize. People constantly using the machine will either increase or decrease chances for those players coming after them. This can rely on several factors about the machine itself and your own personal experience using such devices. We’re here to see whether you’re able to really call yourself a gamer if you only play claw machines.

Where this is coming from as of late, is the fact that my recent trips have taken me back to the arcade. These aren’t the typical reach-and-grab machines, as many can become more poke and scoop machines. Most of the prizes are plushies as well, so it makes things at least feel easy. With claw machines, you can’t really tell if one is ready to pay out that prize or not. There is so much money that went from my pocket into those machines. It can also take forever to win, which soaks up all that money at some point.

Claw machines are games, and there are some dedicated fans and channels who strictly deal with them. So, you get people who will spend half their day just playing those machines. Sometimes there will be very little in terms of win percentage, but that’s also a risk most people take. There is no telling, even with many more skilled individuals, how much the payout will be. Claw machines oftentimes have a certain amount of plays before it can even start to pay out. Claw machines take just as much skill, if not more skill than a simple zombie shooter.

From experience, I would say it’s possibly the most difficult to predict how a prize will play out. There are numerous factors such as if you have to push something through a hole, then how will you do it? Do you have to stab the head, the torso of the plush you are looking to win? Maybe it’s a figurine or pop figure, then it may be even more difficult. It may also be the most easy in that arcade, and you just need to get a technique going.

If there was an e-sports type of tournament, it may never be exciting to watch, but it’s difficult to master. Physics, mixed with whether the claw has enough strength yet, mixed with hitting or grabbing the correct position. It dishes out prizes and there’s a risk of walking away with nothing, except it’s not gambling. It walks the fine line of gaming.

How do you win?

Simple and yet not-so-simple. There are various ways to go about getting a win depending upon the situation.

With these simple tips, the rest is just practice and implementation. Don’t be discouraged if you mess up, expect it. Get some rest, take some time, and go in later. Eventually you will get to the level you want to be at and have the confidence to keep going.

Well, what’s the definition? Literally it’s just someone who plays games. That’s it! Yeah, one can argue whether it’s specifically video games such as home consoles or PC. Although, nowadays that may not be the complete definition. There are apps and claw machines in a game such as the Yakuza series, or downloadable through the app store. Maybe it’s not your definition of a gamer, but what is? We would love to hear from you! As a console and PC gamer myself, it’s difficult to say, because it is a game and in many ways it’s far more difficult than a typical video game. Claw machines require lots of effort as well as a good amount of skill. Prizes often won’t just jump down the chute themselves.

There is a lot of fun in claw machines. I don’t plan on stopping any time soon and will be helping others along the way. Usually whenever I get a good amount, I will give one or two away to a kid before I leave. It encourages people to play and is just a kind gesture. Just like regular video games, my time is just to have fun. Regardless if it’s ever been competitive for me or not, it’s the need to have fun. That’s just me.

Thu Feb 14 , 2019
"Skills for kills, Agent. Skills for kills." The words of Director Goodwin echo through the memories of anyone who played the original Crackdown released in 2007. 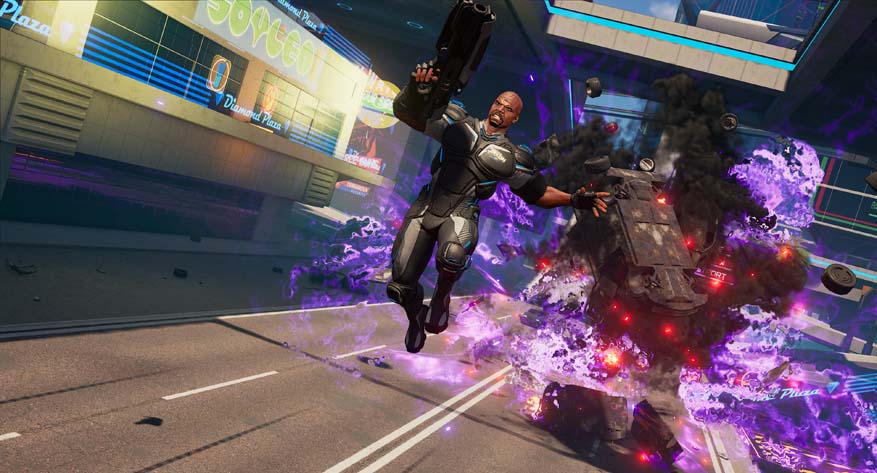