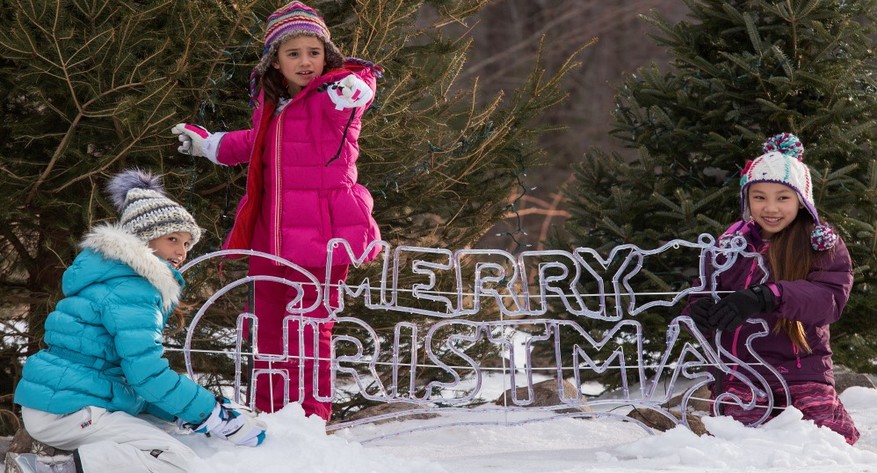 With the returning talent of Will Ferrell and Mark Walhberg from the original Daddy’s Home, it stands to reason the sequel should be nothing short of amazing. Am I right? Well, when you take a step back and actually begin to watch the movie, you see what it really is. There are liberties not taken, and pretty formulaic when it comes to comparing the first 15 minutes. Daddy’s Home 2 had so much potential to be a perfect Christmas movie spawned from a film that had nothing to do with Christmas. One could say that it’s not so much attempting to make a Christmas comedy as it is trying to just make a comedy. Does it really work though? Well….

As with anything Will Ferrell does, it turns to gold. Normally, that film should turn to gold. The original Daddy’s Home does just that, bringing in over-the-top Will to play this ‘weak’ father figure. Being a stepfather in this film, the kids get a call from their biological dad, and not long after we get the setup for great comedy. Mark’s character named Dusty shows up the next day, pushing and shoving himself into the household using basic psychology. Will’s character Brad tries to accept it, and even attempts to make peace and be friends. With Dusty, that’s not happening.

Dusty literally says towards the end of their feud that he will stop at nothing to replace Brad. There are occasional sex jokes, cursing (even from the kids), and lots of slapstick comedy. The comedy from Daddy’s Home is hilarious. Brad just cannot catch a break, and when you think he finally does, Dusty does something so nonchalant you can’t help but laugh. This whole movie is building Dusty up to be a god. Not kidding. Dusty seems to either get lucky or just knows the most random people, and he seems to do everything right. Kind of feel like Dusty is a greater depiction of The Fonz, from Happy Days. The only thing he can’t seem to do though, is be a father.

Don’t want to spoil anything further, but it’s a definite watch!

Daddy’s Home 2 on the other hand… Certainly not the worst Christmas movie out there. Daddy’s Home 2 definitely has its moments, such as the first 15 minutes. The first 15 minutes of this film is really good, until you realize how much starts to roll out the original movie’s jokes. The family gets a call, Brad answers, then both his and Dusty’s parents show up the next day. After that, the film starts to become very formulaic. As someone who enjoys a decent to good Christmas movie, this was starting to become a letdown. With the parents of the parents showing up, it began to feel more like an old folk’s home than anything.

Mel Gibson, who plays Dusty’s father Kurt, is pretty hilarious in the beginning. He plays his role just fine. John Lithgow, who plays Brad’s father Don, is okay in the beginning as well. Don had me cracking up with laughter at how he handled the postman early on. With these two added to our roster of comedians, this movie should be pretty hilarious. You find out very quickly, they both develop almost this dad-joke vibe throughout the movie. It’s kind of off-putting. Even our main actors’ jokes fell flat quite a bit. They were just weird. There is also this running gag with the thermostat, and it barely even landed the first time. Such weird delivery choices.

Is Daddy’s Home 2 all that bad?

Kind of. Daddy’s Home 2 would be fine if it didn’t have this attachment to Christmas in it. Will’s character is the only truly funny person throughout most the film. Even some mild jokes in the beginning that seem forced come into play later, and yet do not deliver. Some things make you feel bouts of sympathy, but it’s either hitting you right after a joke, or you’re hit with a joke right after. There is also a kiss that comes out of literally nowhere. The ending is a weird and very disappointing one to say the least. It’s just a decent to mildly bad film, at least to me. Many jokes are just kind of thrown out there halfway through in hopes they stick.

Daddy’s Home 2 may act like a Christmas film, but it’s really just another movie. It’s another bad movie. There were too many missed opportunities, especially with that ending. There was no point, unless that kiss actually started as a real running gag. Something that eluded to that moment would have been welcomed towards the end, and would have been funny. What made the first film work was two people, beating the living hell out of each other. Every step of the way, there was competition and an obstacle to overcome. Jokes made sense in the moment, and it had me at my gut, laughing so hard.

If you had to watch any sequel to a Christmas comedy movie, watch Santa Clause 2. At least it had a better put together story, and made me laugh more with how creepy the animatronic looked. The out-of-nowhere song at the end was the only thing in the movie that felt like Christmas. It’s still stuck in my head!