Can Collectibles Ever Satisfy Everyone? 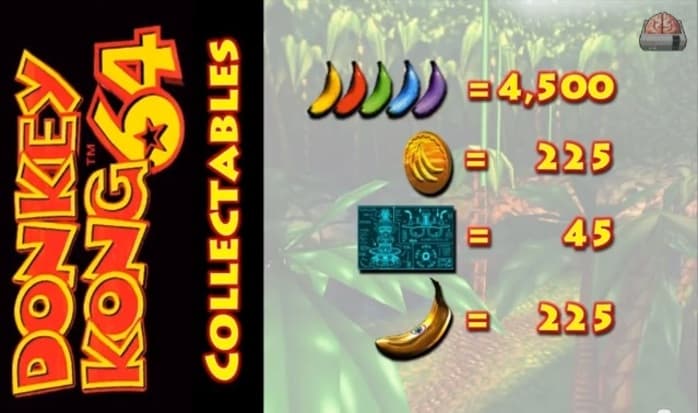 Collectibles in games have been around for decades. They really took off in the 3D era, to the point where an entire genre called “collectathons” was built around them. While collectibles come in many different shapes and forms, have they ever been fully successful for all players? Is such a thing even possible? Personally, I’m thinking no. I’ve witnessed plenty of games try different tactics with collectibles, but none have found a solution. A solution to what, you ask with your hands clasped to your chest in anticipation?

The very problem collectibles themselves introduce, of course. It isn’t just one problem, though. Each way collectibles are used with a unique problem attached, like a yellow Starburst in every two-pack. Sure, the other one might be pink, but you still have the yellow. Sometimes both are yellow, and at that point, you might as well spend the rest of the day taking a cold shower and crying. So, collectibles. Let’s talk about how they’re done and the problem with each. And it all stems from rewards.

This is the most common type you’ll probably see. You load up a game, get through the opening, and are hit with some type of collectible tracker. Maybe its a map, list, or just number per chapter. God be with you if there’s no tracker at all. Whatever form its in, you’re basically handed a big fat list of chores. Whether it be hundreds of a single collectible or tens of multiple collectible types, we’re all familiar with this. Now, here’s where the rewards become a problem.

If you have a game with, I don’t know, 900 plant-based collectibles you want people to collect them, right? So, if they’re just meaningless objects on their own, you need to tie them to some kind of reward. These can be character buffs, special weapons, items, costumes, or even things like concept art. That solves the incentive for people to chase these otherwise meaningless things down. But, uh oh, you’ve created a new problem. Now that there’s something to be gained, people are going to feel pressured to get them all. Not to generalize, but gamers don’t tend to like missing content. How do we solve this? How about making more collectibles than necessary to get all the things? Great, now people can just get the amount they need and not worry about the rest.

Oh, how naive developers who think this must be. Having more collectibles than required to get “everything” just means people will look at the rest and think, “There must be something SUPER special for getting them all, right?” And you know what? There better be. So, now you have to include something for collecting ALL the collectibles. Essentially, that erased your earlier “fix.” As long as collectibles are tied to SOMETHING, there has to be a bigger something at the end. Otherwise, what’s the point? Playing the game for fun? Yeah, right, who does that?

If you’re the type of player who is going to actually spend time collecting digital action figures or fruit strewn around the game world, you’re likely not the type who will look past that 94% completion and think, “this is fine. I got enough.”

This is more of a sub-set that exists within collectibles as a whole. We’ve all played this game. The linear game where an invisible wall breathes down the back of your neck the entire game. Oops, you missed a collectible or item in the previous room? I guess you’ll have to replay the entire level because that door you just went through fused with the wall the second it closed. Or, if you didn’t realize you missed it until later, replay the WHOLE GAME. No, just, no. I won’t say this is as bad as a war crime, but…

This is the easiest thing to fix, and there’s plenty of ways to do it. Most games, or rather games that respect players, have chapter selects. If you’re feeling particularly generous, chapter select screens can also show stats. Hey, that’d be a great place to show how many collectibles there are in that chapter, plus how many you already got! Clever thinking, huh? Also, while we’re here, make a collectible list of some kind. Even if they each just have a number. That way, going back, we know which one to look for. If a level has 20 things to collect and I only missed one, then I’m not going to waste my time looking in each spot because I don’t know which one is the one I actually need.

I wish this was still a real thing, but alas, this concept is basically dead. Intrinsically rewarding collectibles are just collectibles that are rewarding for their own existence. Think of audio-logs, diaries, or anything else that adds to the story or world. Maybe art or music would fit here as well. The main point is they don’t “improve” your character or are a requirement for unlocking anything. If you want to learn more about the world, then finding them is the reward. If you don’t care, then go about your business.

Sounds pretty good, right? Then why do I say this concept is dead? Simple. Trophies and Achievements. These two “reward” systems have a lot of issues on their own, but they are tied to collectibles so tight it makes Solid Snake’s sneaking suit look like clown pants. If a game has collectibles, there WILL be at least one trophy or achievement attached to them. So, while this could be a great solution, the industry slaps the ice-cream cone out of our hands right as we’re about to take a bite. Unless you’re strong-willed enough and don’t care or pay attention to trophies and achievements. In which case, you probably don’t care about collectibles at all, either, so what are you even here for?

Okay, this one actually comes really close to solving the problem, in my opinion. The only issue is how rare it is for developers to use this system. It’s so rare I’m having a hard time coming up with actual examples. The only one that I know for sure did this was God of War III. What did it do, exactly? Let me explain, my little item hoarders. So, in GoW III, you can collect four different items from chests. These were godly possessions, Minotaur horns, gorgon eyes, and phoenix feathers. Collecting these would unlock cheats, boost your health, item, and magic meter, respectively. Here’s where the keyword “dynamic” comes in. Each collectible maxes out at 12. Once you’ve collected your 12 eyeballs, you can’t stuff any more in your pouch. But, there are more than 12 chests in the game containing these eyes. “Wait, isn’t this the same problem from before?” Hold your tongues before I collect them as a reward for a new set of shoelaces.

This is where the keyword “dynamic” comes in. You see, you might never know more than 12 chests were containing the same collectible in the game. If you got the first 12, the rest change to just have red orbs, it’s the best of all worlds! You have more than enough chances to collect the “maximum” number of collectibles even if you miss some. But, you never feel like you’re missing out on getting anything for going the extra mile because, as far as you know, you already got it! It’s the smartest thing in games since they added a second button!

That’s probably enough out of me on the subject. But what do you think about collectibles? Do they send your OCD senses into a spiral of dread? Or do you not care about them at all? Comment below.