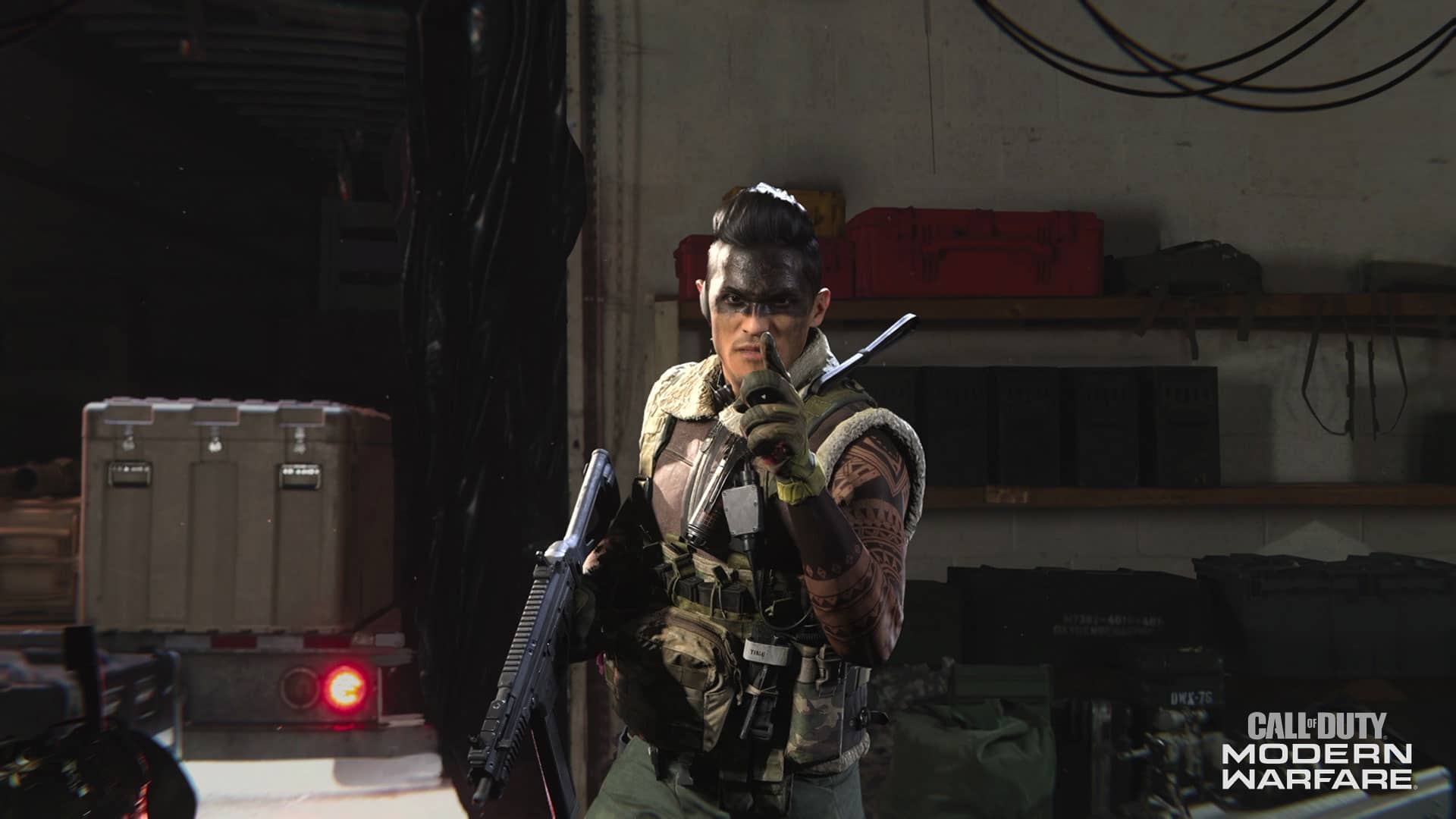 The new map is called Khandor Hideout and is located in Urzikistan. It is a medium-sized map meant for 6v6 play. The map has wide ranges as well as a centralized warehouse that give players a variety of combat ranges to strategize with. The four new weapons in the Modern Warfare update that are being brought to Warzone are the 725, MK2 Carbine, .50 GS, and EBR-14. They will be findable around the map at both common and uncommon rarities, and will also be available for players to put in their Warzone loadouts as well.

Call of Duty: Modern Warfare’s update brings new operator Talon, who brings along his loyal dog companion Indiana to the fight. Fighting for the Coalition, Talon’s bundle also includes a special finishing move featuring Indiana. Talon will be available in both Modern Warfare and Warzone matches.

Khandor Hideout and the four new weapons will be available for play when the Modern Warfare update hits. Talon will be a part of a bundle available for purchase after the update goes live as well. Activision did not give a specific date or time, but the update will most likely hit at the end of this week.

Want to read more about Call of Duty? Try out Culture of Gaming’s Modern Warfare Review and Do We Need Another Battle Royale?