Black Ops Cold War, What Can We Expect? 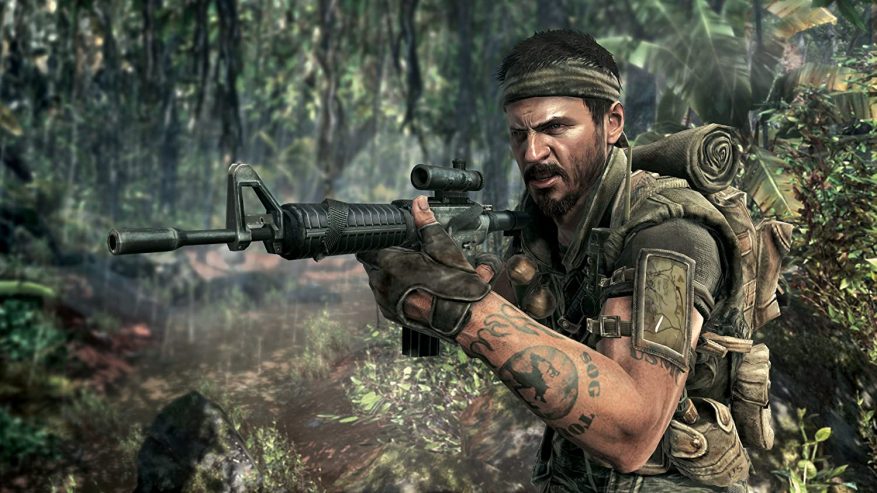 With the annual instalment of Call of Duty on the horizon once again, rumours have been circulating. The reboot of Modern Warfare created many mixed tones amongst fans with them either loving or hating it. With news that the next instalment of the franchise may be returning to a more history-based game under the Black Ops brand, supposedly titled Call of Duty Black Ops: Cold War, responses have once again been mixed. But what do we want from this next game, and more importantly, what can we come to expect?

What Do We Know So Far About Black Ops Cold War?

Well, we know that there are planned reveals and hints for Cold War in Warzone. Players have managed to uncover clues towards the game’s existence through wall glitches. Data-miners have found evidence of nuclear bombs and cold war-era spy planes behind walls in the Warzone map. It is expected that as the official announcement of the game draws closer, more hints will appear in Warzone.

According to EuroGamer, who initially broke the news, Call of Duty Black Ops: Cold War will be a reboot. They describe it as a similar situation to Modern Warfare that released in 2019. They claim that the idea for Cold War was spawned after several futuristic sequels to Black Ops’ first release. Activision has decided to reboot the series into a more historically accurate time frame. With the game moving towards the 1960s, the height of the Cold War.

It is almost a certainty that the next instalment in the franchise will include a battle/season pass. Since Fortnite made the season pass system mainstream, it has become ever-present in both Black Ops 4 and Modern Warfare. It goes without saying that Activision will probably include it here. It allows room for subtle micro-transactions on Activision’s part and consistently updated content on the players part over the game’s lifespan. So, with it being a major component of online-play in Black Ops 4 and Modern Warfare, there is little evidence to suggest it will be going away in the next game.

With the backlash Activision got before the release of Black Ops 4, they opted to go without a season pass system for Modern Warfare. The battle pass sneakily replaced this, but it’s gone from the game nonetheless. It’s up in the air whether this will return for Cold War, or whether it will remain a condemned practice from the past. With the last time a season pass appeared being in Black Ops 4, it wouldn’t be a surprise to see it return for the next installation of the Black Ops series. Of course, the season pass could take the form of usual season passes on Black Ops instalments, such as including access to all the DLC packs upon their release, along with access to potential maps in a potential zombie mode or incorporate additions into what the player will have access to in Warzone.

Black Ops 4 jumped on the trend of implementing a battle royale game mode with Blackout. Modern Warfare seems to have had more success with Warzone. The game mode boasts an apparent 50million total players. It was confirmed that Warzone would be made compatible for PS5 and Xbox Series X upon their holiday release.

This all but confirms that Warzone will be compatible and implemented in the next instalment of the franchise. However, it is unclear whether the battle royale mode will replace a traditional campaign or side-mode similarly to how it did in Black Ops 4. If the title of the game is anything to go by, then it would be odd to have a Cold War without a campaign based around the events of that period in history. So, I’d say a campaign for Cold War is a safe bet. The campaign could potentially go into immense detail of a cold war-style situation with espionage and the tensions of nuclear warfare playing a big part.

A Return Of The Traditional Prestige System

With the Modern Warfare reboot, it strayed far from what the traditional level system of Call of Duty was. In that game, prestige was removed. This removal caused much controversy amongst players and it still causes plenty of arguments today. However, with a return of the Black Ops series, there is a lot of room for prestige to return. Especially after the reception its removal received in Modern Warfare.

This is what is known and can be expected so far, as per multiple sources. Of course, a lot can change in the months leading up to the game’s official release, however. If you’d like to read more Call of Duty related pieces from us, check out our review of Warzone!

What do you want to see from the next CoD? Let us know in the comments down below or onTwitter @thecognetwork. As always, thanks for reading COG!

I am a 19 year old student who has a massive interest in Nintendo and Pokemon mainly. I Love writing and have a burning passion for the games industry!