Video game physics have come a long way from the early days of over the top ragdoll physics. Long gone are the days when objects were a limp and buggy mess which reduced performance and caused many problems for the software and hardware. With the rapid advancement of technology, it seems that more and more realistic (or “realistic”) simulations of physics are possible. Physics playgrounds have become all the rage, from the over the top Goat Simulator to more grounded experiences like Bridge Constructor: Portal (Editor’s Note: The physics are grounded, not really the actual game.) Three games in the Bridge Constructor series have been collected for the first time in a physical form and released for consoles, and now is a good time to visit the series. 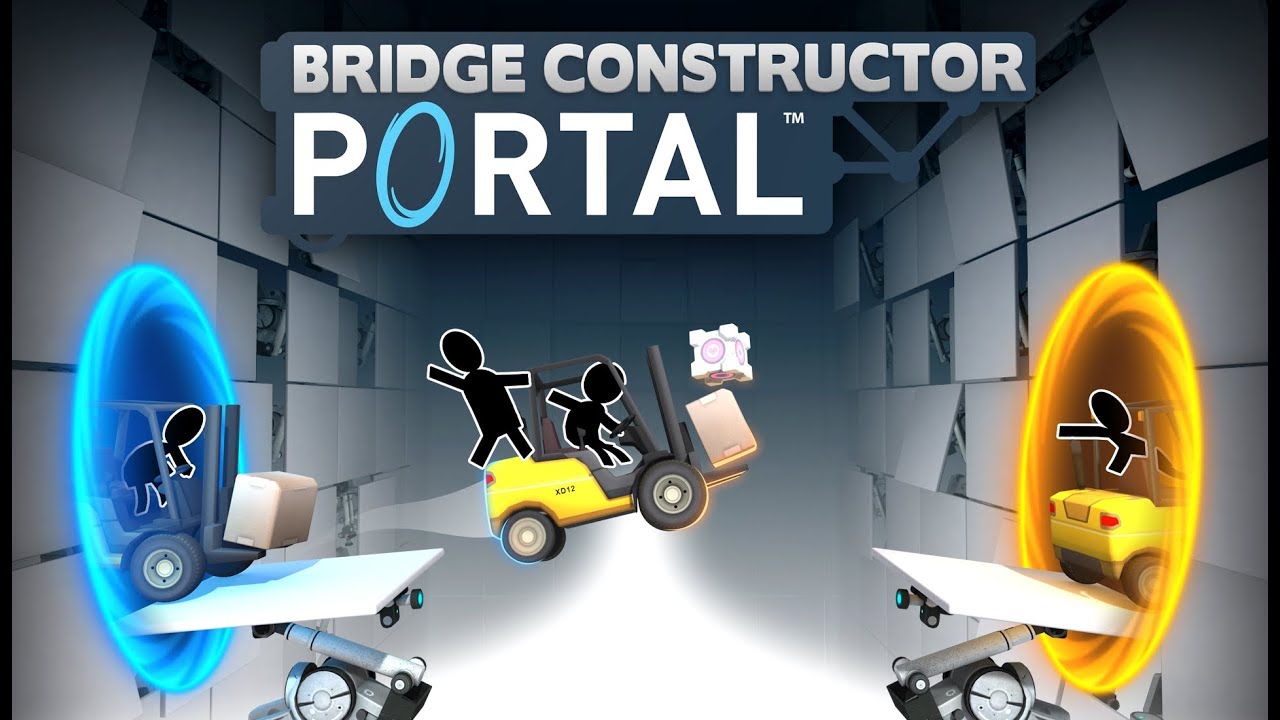 The most recognizable game in the package is a spinoff of the beloved series Portal. Players are thrust back into the Aperture Science Testing Center for more test chambers, complete with GLaDOS taunting the player every step of the way. Players are tasked with creating bridges from one side of the testing arena to the other, allowing forklifts with other Aperture Science workers piloting them. As the player expects, the solutions to these exams are never A to B. This game uses the obstacles from the other two Portal games, starting with portals themselves, forcing the player to think more than two-dimensionally, luckily the game colors connected portals the same color. Soon the player must contend with other physics obstacles such as several types of foam that messes with the forklift’s momentum.

The writing for GLaDOS is as good as you would expect, full of humor and menace. Aperture Science is a horror show of a company to work for, and it’s strange that people still line up to work for them. The first part of the game has the player interviewing for a position with the company. If the player answers the wrong answer, they fall into a hole that leads to the incinerator. Another one quickly takes their place. It’s a funny yet horrifying situation to be put into for sure, but it is a good foundation for the writing for the rest of the game.

All in all, Bridge Constructor: Portal is an interesting puzzle game and a good entry into the Portal franchise. Verdict 8/10 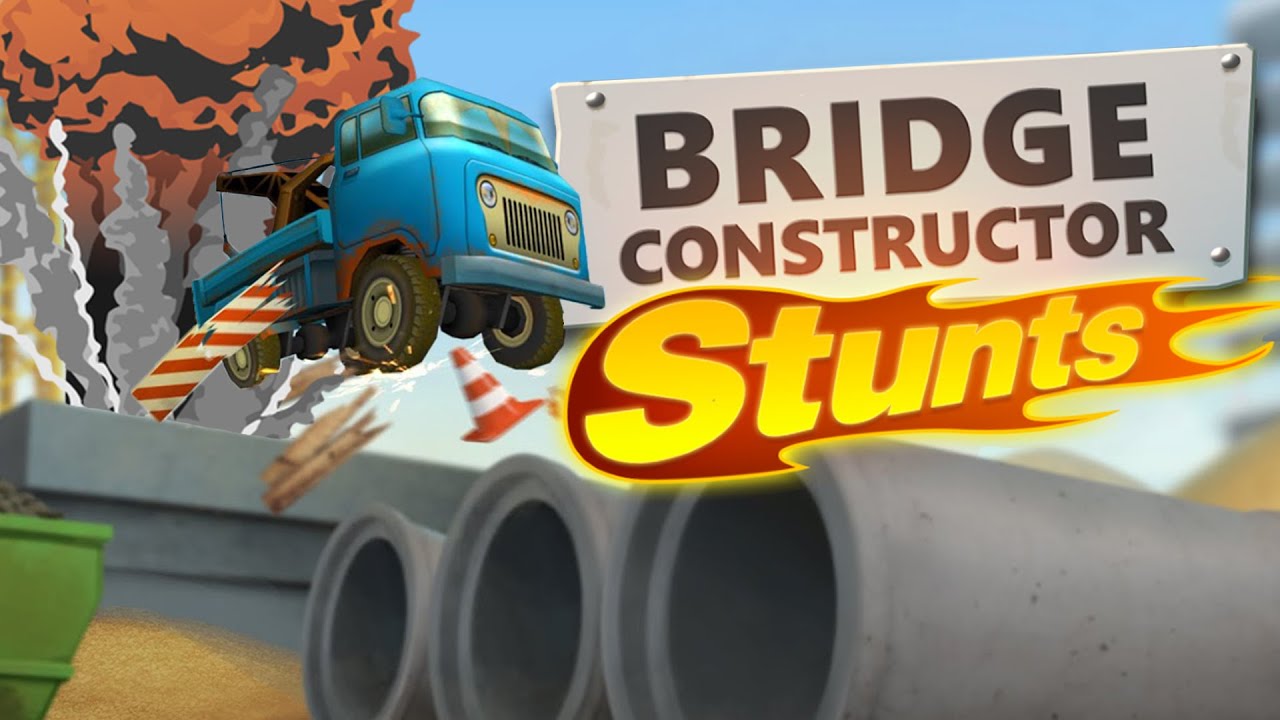 For my money, this is the most fun game in the package. Players are tasked with building various ramps and bridges to allow a vehicle to complete various stunt challenges with a player-controlled vehicle. It’s nice to see more control allowed than in the game than just building and then letting the chips fall where they may. Having to control the acceleration and braking of the vehicle allows for some awesome stunts and some strange glitches.

The physics are well done, allowing the player to have some sort of idea as to how things are going to work just by looking at the bridges. Giving players that little bit of extra control allows for an extra bit of challenge.

The graphics are passable. There is nothing groundbreaking going on here, although there is a fair amount of particle effects that happen when the bridges collapse, or the player hits an exploding barrel which destroys all sorts of structures, it gives the game a very real action movie or extreme sports feel. All of the levels feel exciting and there is a great feeling of accomplishment to get all of the stars and screws in a level.

Like I stated earlier, this is the most fun game in the package and a great experience for players who spent a good amount of time with Hot Wheels and making them do crazy tricks. It does have some problems with bugs and things that shouldn’t impede progress but does. Verdict 8/10 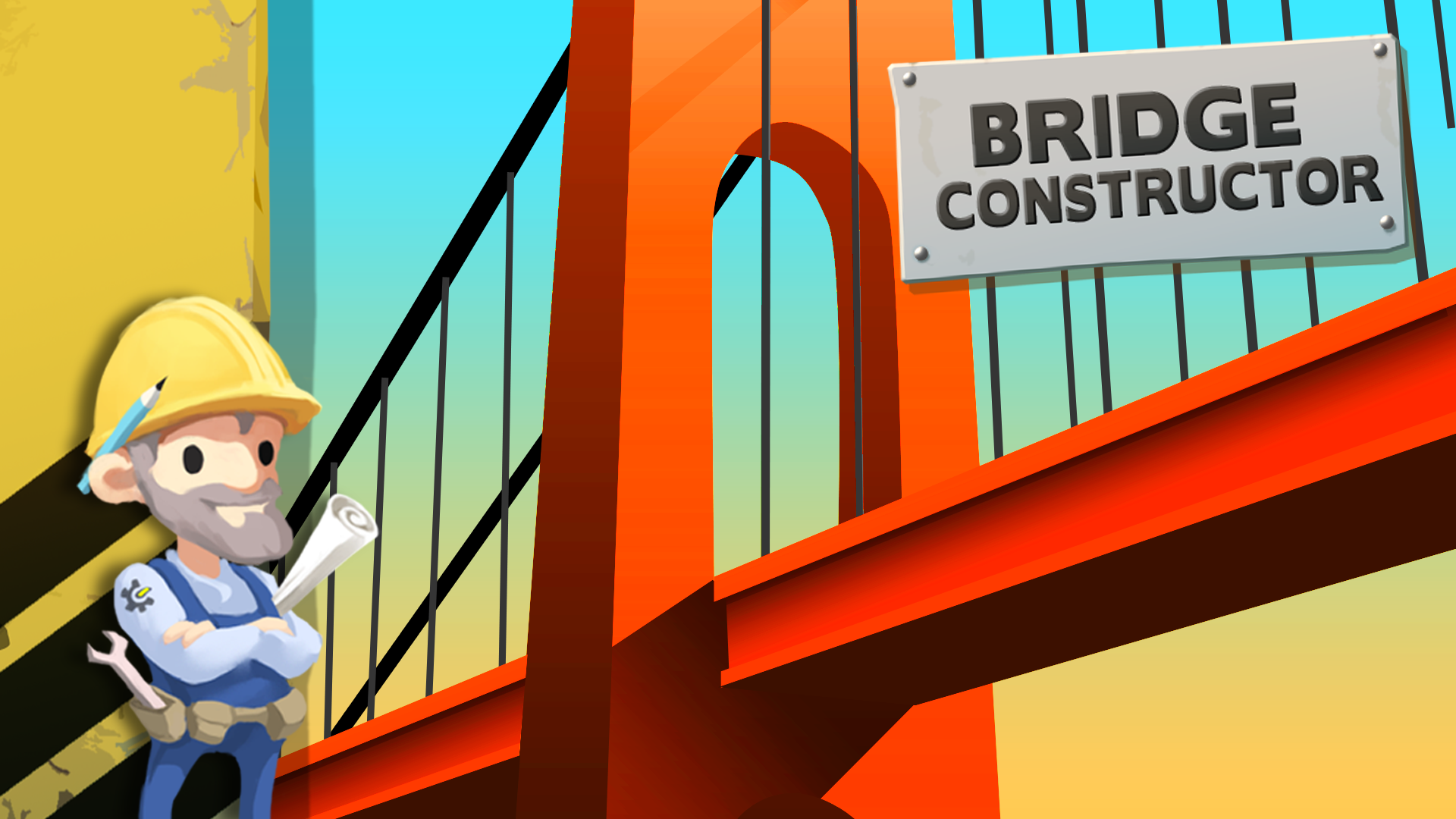 This is the one real misstep in the collection. The original Bridge Constructor is just boring, relying less on interesting physics problems and pushing players into more of a financial management role. Most of the time, players have nothing more than to build a bridge from point A to B, with an ever-decreasing budget. There are several different building materials like in the Portal edition, but there is never anything interesting to do with them. The Slope-a-maina section adds some cool ideas, but the levels are so challenging that I had a hard time playing them.

Each level has three different types of vehicles that players can send across the bridge, each with their own weight, and to get all three types across takes some serious skill from the player. The first two of the vehicles are unlocked the first time each level is played, and the last one – the tanker truck – is unlocked once all of the roads for the sector are complete, so there is a bit of replay value instead of finishing a bridge and moving on.

The UI and controls are wonky, the cursor is slow and there is a strange slowness to switch between the different menus. Everything seems like it was designed for a mobile game, and everything plays like the player is in molasses. When you let the vehicles go across, there is a long wait before the vehicles finally amble across to the finish line.

Out of the three, this is the least essential in the package. It’s cool to see how the franchise got started, but players will spend more time in the other entries. Verdict 6/10

The Bridge Collector: Portal collection is a great entry point to the series for console gamers who are disappointed in the lack of job simulators on the consoles lately. The Portal entry and the Stunts entry are both good fun and worth the $29.99 that is being charged for the package. For historical value, the original entry is worth a play but is not essential to see.

Bridge Constructor Portal Edition is available both in Retail and Digital in North America for $29.99

THE GOOD
Bridge Collector: Portal is really well written
Each of the games is very challenging
The Stunts entry is an excellent time for the kids in all of us

THE BAD
All three games are rather buggy

The Bridge Collector: Portal collection is a great entry point to the series for console gamers who are disappointed in the lack of job simulators on the consoles lately. The Portal entry and the Stunts entry are both good fun and worth the 29.99 that is being charged for the package. For historical value, the original entry is worth a play but is not essential to see.

https://cultureofgaming.com
Jonathan Thornburg has been playing games for almost 25 years, and in that time has developed a love for the Gaming Industry. He plays on the PS4 mostly, but can be found indulging in games from the past 25 years as well. He streams on twitch.tv/leftstick and uploads to youtube.com/c/leftstickgaming.

Are Geno or Paper Mario getting into Smash Ultimate?

Sat Sep 15 , 2018
We continue to march towards the end of the year as Super Smash Brothers Ultimate is less than three months out. While I have had enjoyment in compiling a list of unanswered questions this last month, I haven’t given myself the time to write my thoughts on newcomers we could […] 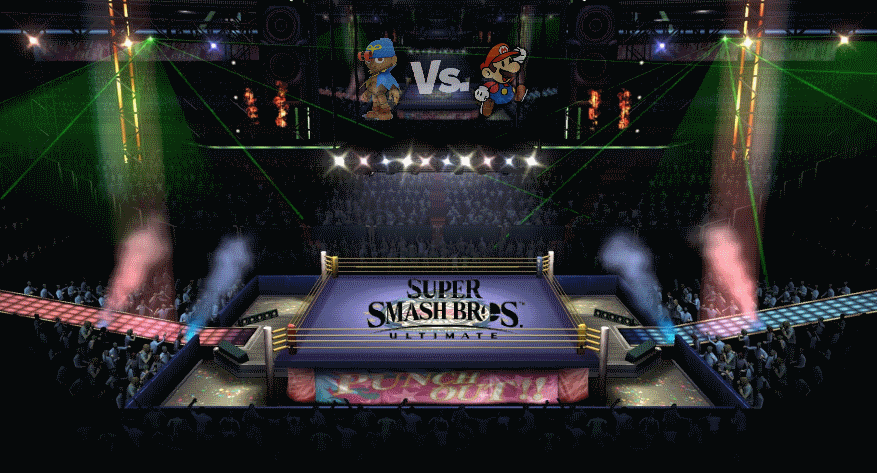