Breath of the Wild Sequel Wishlist 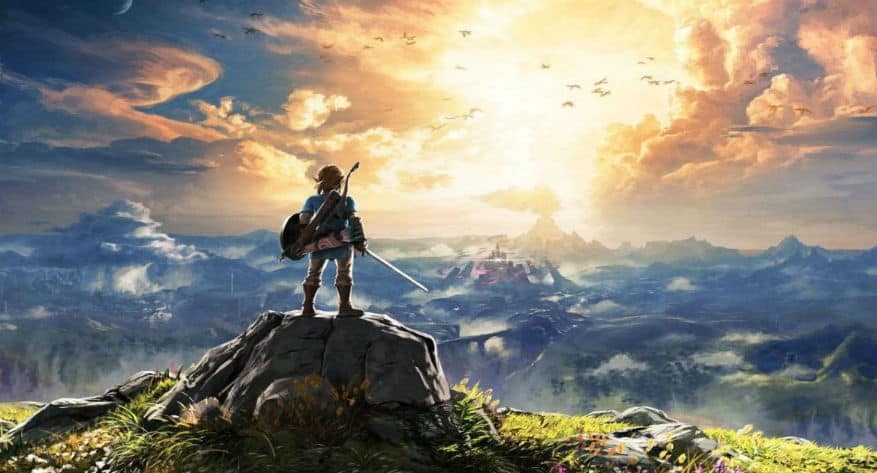 Nintendo recently announced an unexpected title during their latest Nintendo Direct at E3 2019: a sequel to The Legend Of Zelda: Breath Of The Wild.

Many Zelda fans, myself included, are very excited to hear that we will be getting a sequel to one of the objectively greatest games of all time so soon. So I thought, what better way to anticipate the next Zelda than by making a wishlist?

The one thing I want above all for the Breath Of The Wild sequel is the ability to play as Zelda, the princess of Hyrule. In Breath Of The Wild, Zelda has proven to be both an interesting and dynamic character with the physical and mental strength befitting of a hero. It would also be a breath of fresh air for players be able to play as Zelda in a proper mainline Zelda game, excluding spinoffs like Hyrule Warriors or the terrible Wand of Gamelon.

She could play very differently from Link, using her Triforce of Wisdom’s light power instead of using weapons, tools, or rune abilities — maybe we could even see her use light arrows. An even cooler addition would be a co-op mode where two players would play as Link and Zelda, exploring the lands of Hyrule together.

One minor issue me and a few players had with Breath Of The Wild was being unable to repair weapons. For those who aren’t familiar with the game, you find weapons throughout the world of Breath of the Wild, like branches, swords, bows, shields etc. However, there is no way to repair your weapons, so when their durability hits zero, they’re gone forever. This gets a little frustrating sometimes, especially when a weapon you’re fond of breaks in the middle of a fight.

So, a nice addition to the sequel would be some way to repair your weapons. It doesn’t have to be easy to repair weapons, perhaps it could cost rare or valuable materials to repair weapons. This would remain in line with Breath of the Wild‘s theme of surviving in the treacherous wilds.

A Deeper Backstory for Ganondorf

In the trailer for the Breath Of The Wild sequel, we see a mysterious and eerie corpse that heavily resemblances Ganondorf, the humanoid version of Ganon. However, while Ganondorf’s character is backed by lore depicting him as the King of the Gerudo and the reincarnated personification of Demise’s hatred, Ganondorf himself doesn’t have much personality besides being evil for the sake of being evil.

I think it would be nice to give the wielder of the Triforce of Power a reason for his actions, or even a deeper connection with Zelda and Link. With Breath Of The Wild’s heavier emphasis on story, I feel like it’s only right to do just that.

The Return of Skyloft and Loftwings

There’s a very strange detail at the very end of the trailer — it seems that once Ganon awakens, Hyrule Castle looks like it’s been lifted above from the ground. While there have been many theories of what happened to both Skyloft and the Loftwings themselves, there has been no official confirmation in the confusing Zelda timeline of what happened after Skyward Sword.

As a fan of Skyward Sword, it would be very interesting to find out what happened to Skyloft, and potentially, as teased in the trailer, even make a return to the location. A fun mechanic I could see in the world in the vast open world format of Hyrule would be the return of Loftwings. Imagine flying far above the open fields of Hyrule on these beautiful and amazing birds. Maybe we could even get some aerial combat like how horses have combat systems of their own?

Do you agree with my list? What else do you want to see in the Breath Of The Wild sequel? Let us know in the comments below, on Twitter, or in our Community Discord!

Be sure to keep up with all things The Legend Of Zelda related content with Culture of Gaming!