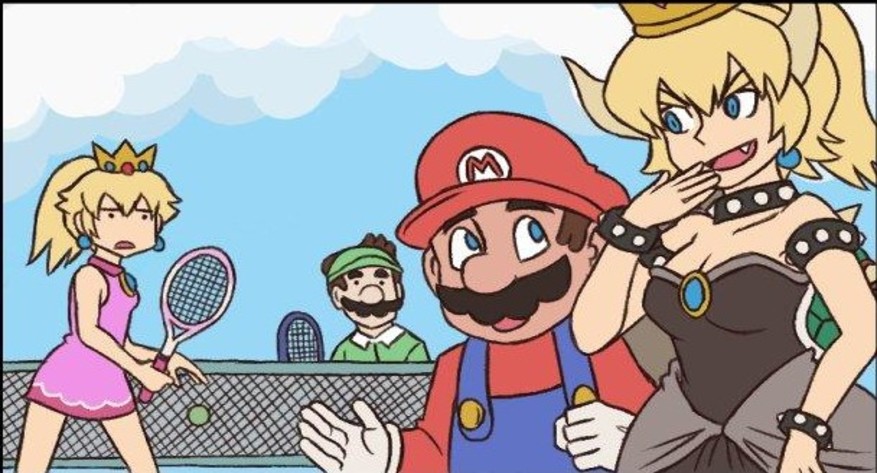 Yes, it seems not even conceptual fanart can escape the real world. Starting just recently, a trend of a mere idea has surfaced as a new character called Bowsette. What started this recent trend? The internet is the internet, so it’ll spread anything interesting or annoying. People are legitimately thinking about Bowsette becoming playable in a Super Mario game, wondering the possibilities if this does happen and how she would actually look like. It’s amazing how quickly people can take an idea and bring it to life. In no time at all, people were on this character and showing themselves off to the world. It’s fascinating. There are also those who are annoyed by this and despise it. We will weed through and look into the people currently bringing this to reality.

As Bowsette just sprung up out of nowhere, so did people cosplaying the idea. That’s all Bowsette is at this moment: an idea. People will tend to cosplay whomever they want, with some exceptions due to controversies and ridicule. They cosplay an idea, one that either was already formed by their creator or otherwise formed by themselves. The fact it took less than a week to even make it possible shows how much commitment people have for their craft.

Cosplay is about sharing ideas and maybe even making them your own. Those more widely known in the cosplay community such as Holly Wolf, Jessica Nigri, Elizabeth Rage, Kinpatsu, and Kaybear are getting in on this craze and are showing us that they are not slowing down when it comes to what they do best. It is an increasingly growing trend. Some might think it goes too far, some may think it is annoying at best, but people are doing it with or without your blessing.

How did it start?

The Nintendo Direct on Sep. 13, 2018 had a new trailer for New Super Mario Bros. U Deluxe. It introduced a very unique power-up for Toadette, a Super Crown, which transforms her into a character called Peachette (based off Princess Peach). Peachette is only shown on screen for 10 seconds, but was long enough for an artist to design a comic with an alternate character.

September 19, 2018 is when someone by the username @ayyk92 (aka Haniwa) via Twitter had posted a comic showing both Bowser and Mario getting rejected by Princess Peach herself. A short while later, you see Bowser now having taken a crown and using it for the benefit of making Princess Peach jealous. You see the newly transformed Bowser become an entirely new character, wearing a long black dress with horns and what is assumed to be the Super Crown power-up. As one would suspect, it’s a play off the newly introduced Toadette. It was not long after that it had started trending and became widely popular across many social networks. Just a few days prior he had posted it to DeviantArt with very little views or mentions at the time.

Quickly taking off, people posted their own edits such as bigger breasts, or changing skin color and hair tone. People had begun plenty of fanart and coined the name Bowsette as being almost a completely real character in the Nintendo universe. It reached Japan in a matter of days, resulting in further recreations of the character and leading now into cosplay territory.

Not even two weeks go by and people have already done photoshoots cosplaying Bowsette. In fact, barely even a week rolled by when you start seeing photos pop up online of people who have shipped and received the parts for making it happen. It shouldn’t surprise anyone that people would love to cosplay characters who have not even come to the table yet. This wasn’t official, just an idea in a comic from an artist who never thought it would explode in popularity.

It’s fascinating to see. There are cosplayers who are going in knowing they might have to later sell or re-purpose their outfits. A jump in popularity of characters can lead to a surge in people trending soon as possible, if anything to boost their image. There’s nothing wrong hopping on a bandwagon, because cosplayers see it being fun and getting into a character’s mindset. The character herself may see a release to a Super Mario game, but Nintendo has yet to comment on Bowsette.

On a side note, while being possible to find male versions of the characters, many appeared to be NSFW. Yes, there are male versions of Bowsette floating around. There are also certain details that go without saying with the Bowser to a Princess transformation.

Bowsette of all ideas. Will it die?

It’s likely to, only as being a trend. If Nintendo makes it reality and gives people what they are hoping for, then it will unlikely die anytime soon. Cosplay is still ripe with new people, and might give some the recognition needed to succeed in their space. Knowing cosplayers and their habits, it’s uncertain. With high profile cosplayers such as Elizabeth Rage and Jessica Nigri feeding the trend, it might take a good while. It might not be as intricate as Alien or Gundam, but it’s apart of cosplay and thus hits reality. Love or hate it, you may see it in your feed for a while.