Bow to Blood: Last Captain Standing is taking aim at the spacecraft shooter genre. Bow to Blood came out on April 3rd with a price tag of $19.99. If you’re looking to get it a bit cheaper, the developers over at Tribetoy are offering it for ten percent off for the time being. For those playing on PlayStation, the game is also PSVR compatible.

Bow to Blood combines the genres of arena shooter and space exploration, mixing tactical warfare with Star Fox-inspired combat with a slower pace and procedural generation. You’re the Freelancer, a newcomer to the Bow to Blood tournament, where you rack up points by killing enemies and accomplishing various goals in an open environment.

You’re a captain who is now a participant in the Bow to Blood tournament, with the goal of becoming the tournament’s next champion. You do so through a set of seven matches per season, with two separate events per match. You can interact with the other captains you find throughout your adventuring, sometimes helping or sabotaging them.

The twist is that Bow to Blood is a reality TV show. So, the characters are distinct, but are never really developed. One thing that’s done well is the focus on separating captains based on their moral compass. You’ll come to learn which captains you can trust and which you should avoid. They even vote off one of the bottom two captains after each match! You have to be careful in how you vote because it can affect how other captains view you. It feels like there’s more strategy and thought required in engaging with the other captains in person than there is for the actual ship gameplay itself.

The narrative isn’t the focus of the game however — almost everything depends on the combat and gameplay mechanics. Fortunately, the story does a great job of making your decisions matter. Who you trust, who you betray, and even the tactics you use will affect your relationships and reputation. It’s the best part of the game.

The whole aesthetic of the game is based on pirates. The ships look exactly like futuristic pirate ships, and they’re armed with appropriately pirate-themed weaponry. Even the characters are referred to as captains! For the most part this works, but there are a few issues.

The combat is pretty slow, to the point where it can get annoying because of how sluggishly your ship moves. If you’ve played Red Dead Redemption 2 and tried moving around your camp, then you should understand the level of frustration that I mean.

The controls themselves are pretty clunky, which is understandable for the type of ship you’re piloting, but it doesn’t make for a very fun time.

There are a few mechanics that help alleviate that problem, though. The game gives you a “crew” that can man some of your ship’s stations, and having to maintain a level of strategy and tactical awareness helps with the game’s pacing issues. Additionally, one of the stations that can be crewed is the engines, which allows you to hit a third level of speed. There are also abilities you can use, like the boost function, which gives you temporarily increased acceleration.

The early levels of the game are painful to get through because of how slowly they play. However, as you work your way through the game that begins to change. You’ll have to face more enemies at once, switch up your stations and strategies, and confront the other captains more frequently.

There are a few other activities besides combat, like racing, which doesn’t really have any of the problems previously mentioned. Many of them add mechanics such as boost diamonds that significantly increase your speed or other variations of gameplay. These added game modes stops Bow to Blood from getting stale too quickly.

The general design of the game is quite nice. The combination of futuristic environments with old-time pirate aesthetics is a very welcomed sight, and even the bright cel shaded art style is great.

The one big negative with the graphics is that sometimes the obstacles of the space you’re in are not distinctive from the emptiness around you. It can cause a lot of ship crashing, especially for colorblind folks like myself.

A smaller negative is the reuse of assets. A lot of the shots of the Announcer and captains are unchanged throughout the entire game, which is sort of lame, especially in areas where a visual wasn’t needed anyway.

The Song of the Sea

The music is well-crafted and very fitting for a space pirate-based reality TV show. Some of the audio is not so great though, and some really high pitches are hit fairly often, which gave me a headache on a few occasions.

Overall, Bow to Blood: Last Captain Standing is a fun game, albeit flawed. The combat has a lot of potential, but it’s hurt by poor pacing. The story is also the bare minimum at best. For only $19.99 though, it has enough content, and quality, to leave you satisfied.

THE GOOD
A Lot of Potential
Varied Game Modes
Strategy Based

Bow to Blood: Last Captain Standing is no game of the year contender, but it’s a fun, cheap experience that fans craving space battles will get enough enjoyment out of to justify the spending.

Mon Apr 1 , 2019
Amazon Prime is injecting some action into April. Season two of The Tick starring Peter Serafinowicz and Griffin Newman begins this month. The Tick is based on the comic book series created by Ben Edlund. Speaking of comic books, Marvel’s The Blade movie franchise starring Wesley Snipes as the hybrid […] 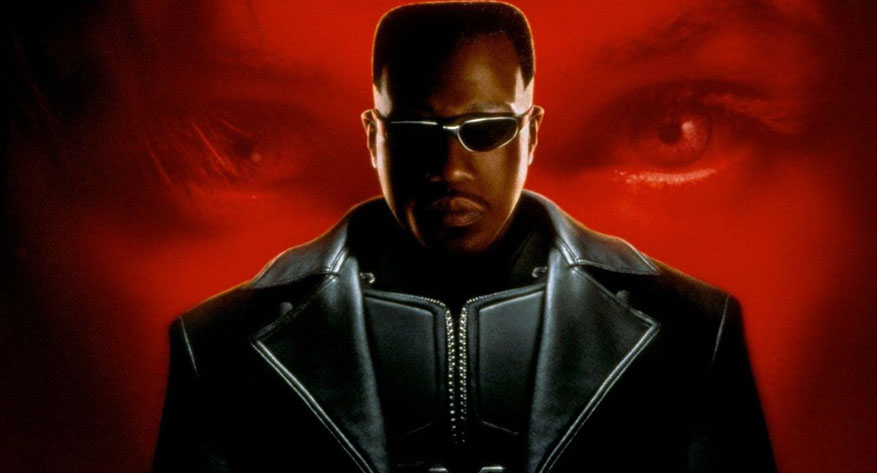