Gearbox as a developer has a legacy of peaks and troughs. For every wildly successful series like Borderlands, there’s an utter disaster like Aliens: Colonial Marines. For every unfortunately treated gem like Battleborn, there’s an abomination like Duke Nukem Forever. But no matter how far they fall out of favour, it never seems to diminish their crown jewel.

Everything to have worn the Borderlands name throughout the years has maintained a consistent polish. Even when it comes to spin-offs like Tales from the Borderlands. It’s one of few long-running series that has yet to betray its own identity. It’s the original looter shooter for a reason, having stayed true to its roots. More importantly, it’s remained largely free of whatever flavour of the month scam the games industry is drooling over.

Despite the best efforts of Gearbox in the lead up to its release, I have faith in Borderlands 3. Every sign indicates that it will at the very least match the level of quality set by its predecessors. But hopefully, they’ll find new and interesting ways to evolve the formula that’s kept Borderlands great. So, without further ado, here’s what we’d like to see in the sequel.

As mentioned, the most important thing the sequel must do is maintain the established level of quality. Both in terms of the technical polish, weapon and enemy diversity and everything else that’s defined Borderlands thus far. If preview material is to be believed, it’s unlikely there’s much to worry about in this regard.

Their weapon diversity has taken centre stage in a decent amount of the marketing. A couple of the trailers have espoused the absurd arsenal the player will be given access to. But hopefully that’s not just the best and brightest, plucked from a dismal roster to deliberately overshine them. Borderlands thrives on its ever-evolving FPS combat, a steady supply of new and interesting weapons is a must.

Beyond that, they haven’t shown much in terms of the enemy diversity. It seems most of the creatures inhabiting Pandora have returned, albeit with significant graphical upgrades. Everything from Skags to Rakks seems to function the same mechanically, though. Borderlands 2’s opposition was interesting enough, but not to carry three titles. It could use spicing up.

The other central thing to maintain is the exceptional writing. Few people tend to appreciate just how well written Borderlands is as a series. It doesn’t have many plot-twists or a particularly gripping narrative, but it does something equally impressive.

It takes a style of humour that should be grating and manages to make it genuinely charming at times. It’s one of the central elements that carries aloft what could be otherwise dismissed as a formulaic title. Witty in a way that’s not too intrusive, hearing the characters and enemies of the world quip both between one another and to themselves is a genuine delight. It kept combat amusing in down times and made otherwise tedious side-quests into phenomenal experiences on character writing alone.

From the character trailers, it seems as though they’re on track to maintain that. The tone rings true of the series thus far and seems to be hitting all the right notes. A lot of the same characters features in previous titles are making their returns as well. So, presumably the standard of writing can be maintained both within and through their addition too.

Which brings us to the most important characters to do well. Those who have to step into the shoes of an antagonist who’s been around for seven years. The villains. Because while he may never get his due for it, Handsome Jack was a pretty great villain. He struck a perfect balance between being genuinely charming and absolutely infuriating.

He was annoying enough to make you genuinely excited for the chance to kill him. But charming enough to ensure you stuck around long enough to see it. It’s a delicate balance to pull off. If he’s far too annoying, it’ll just make the player quit. Especially given the frequency with which he crops up. But if he doesn’t maintain a presence, there’s no major evidence of his actions throughout early Borderlands 2.

His successors either need to strike the same precarious balance between the two, or do something new entirely. And judging by the tone of what we’ve seen, they’re aiming for the former. So, we’ll just have to see how it turns out. As while Borderlands isn’t entirely dependent on its villains, it is arguably a character driven series.

Borderlands 2 had a very elongated character progression system, but not a particularly dynamic one. It extends well beyond the level cap, but almost all of its upgrades consist of minor stat improvements. While this means you can feel your character gradually growing stronger, it lacks any major impact. Outside of upgrades to the class specific special abilities, it’s unlikely you’ll notice them throughout combat.

With the introduction of Guardian Ranks, it seems Borderlands 3 is already going some way towards combating this. Replacing the very dull badass rank system with something that does grant more impactful perks. The fear is that this will detract from the actual skill tree that character levels use. Those are what you’d typically expect to be more dynamic and interesting. If they now have to compete with Guardian Ranks, they’ll have to be far more unique than they have been previously.

While Borderland’s writing and voice acting has meant that its characters always feel distinct, this issue affects them too. Gameplay wise, there’s not a great deal separating them. Classes certainly have traits which favour certain combat styles, but every class is competent with every possible strategy. Perhaps not optimal, but they can do it nearly as well. Special skills aside, they need more to differentiate their playstyles. Changing up the character level trees would be a significant step towards this.

Give Us More Vehicles!

The vehicle combat throughout the Borderlands series is handled surprisingly well, for what is essentially an unnecessary feature. No encounters outside of vehicle on vehicle combat are difficult enough to warrant its inclusion. They exist solely either for missions designed around them, or to simply feel far too powerful in the open-world. Yet throughout the entire series, there’s never more than two vehicles in the base game. Some DLC add more intriguing ones, but there’s no reason not to grow that number.

The base game of Borderlands 2 had numerous weapon skins, vehicle loadouts and spawning stations. But for only two vehicles. A jeep and a buggy. The bandits get helicopters and armoured caravans. So, why not diversify our selection a little? It does no harm to the balancing of the game, given that most important areas are inaccessible in them anyway. And it’s hardly like they exist solely for the purpose of travel, with how liberally that game scatters teleporters.

The world of Pandora was visually stunning. Aided by Borderland’s timeless cell-shaded aesthetic, the surprisingly seamless blend of environments worked wonders visually. However, it was a nightmare in terms of practicality. Pandora itself is a scattered mess to navigate, regardless of how you go about it. And with just how many quests drag you to its furthest corners, I’ve grown to loath it.

The sequel takes place across multiple planets though. This means not only can it create tighter and more navigable maps, but it’s even freer with its environments. It can create ecosystems entirely distinctive and scatter the campaign across them. If it’s played well, this can lend itself to multiplying the enemy diversity, contending with the wildlife that’s developed on each. If handled poorly, it’ll mean frost planets full of Bullymongs and a couple of desert ones full of Skags.

Interplanetary travel is something few games have ever used to its fullest potential. As something Borderlands generally only tackles in the background, I’ll be interested to see how they handle it. Their art style really lends itself to harsh, contrasting and vibrant colours. So, here’s hoping they use all that to create something beautiful. And sort their map design out.

Here’s where we get into the more delicate matters surrounding the game. So, let me begin by saying that I have no real problem with the micro-transactions in Borderlands 3. No more than I do in any other game. With its hundreds of cheap cosmetic DLC packs, Borderlands 2 basically had them anyway. Just in a far more inconvenient form. Having them listed in a place where they can be previewed and purchased in game is far more practical. A little insidious, perhaps, but Borderlands has never been too over the top with its cosmetics. It’s usually just colour palette changes.

Unfortunately, albeit deservedly, micro-transactions in a full-priced game release will never go over well. And there are simply so many ways you can sour public opinion of the game based on their inclusion alone. If they stick to character skins and perhaps vehicle skins, they should emerge relatively unscathed. But the moment they impede on either the weapon customisation or in-game strength of loot, it’s doomed.

Do I trust Gearbox not to do this? Frankly, yes. They’ve never been one to indulge in triple-A greed. Do I trust 2K Games with this? Hell no. They’ve undermined the entire progression systems of sports games and cut apart experiences just to cram lootboxes into them. And given recent news stories, it’s clear how invested the publisher is in Gearbox’s upcoming project.

I still don’t expect anything too bad, given what Randy Pitchford and various others have said on the matter. But at this point, it certainly wouldn’t surprise me. And the moment you have an in-game store, the temptation to expand it is always there.

Rarely do I feel like a developer has earned my trust. So many of the largest entities in the games industry are rife with greed and corruption. There’s a mental health crisis stemming from overworking and hostility. And frankly, the relationship between developers and their player bases has soured over the years. Gearbox is no exception to this. But they create genuinely brilliant products when they feel like it. I mean, come on. They made the PC port of Halo: Combat Evolved. That game was great.

They’ve too many failures to name, most of which Randy refuses to name, but they’ve got successes to match. And the successes are consistent. So, I trust Borderlands 3, for better or worse. And more than any of the features listed above, I just want to see something jovial and plain fucking fun. And that’s what Borderlands is and hopefully always will be.

Thu Aug 22 , 2019
NBA 2K20 won’t trap players in an excessive grind to allow them to progress in the game. The most egregious example of this has been the 2018 edition of NBA 2K where players were basically forced to buy  Virtual Currency (VC) to avoid the grind. But, with NBA 2K20, that […] 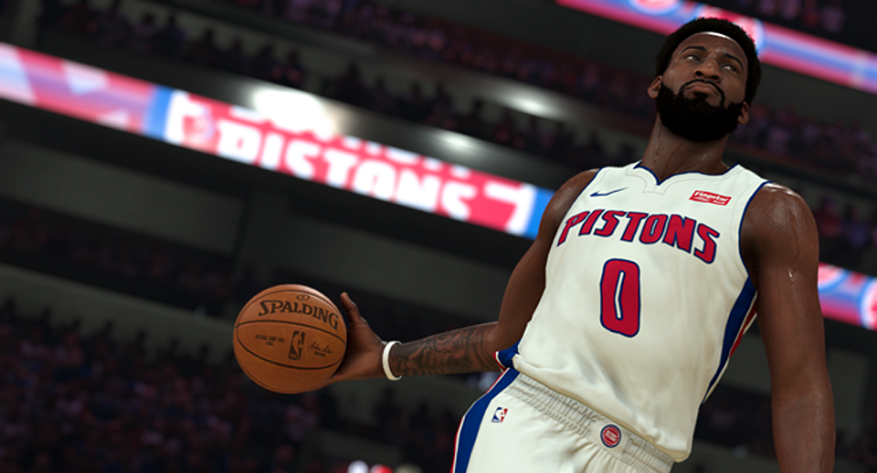