For those who don’t know,  Xiaomi is a Chinese tech company known for making high quality products, and some absolutely balls to the wall, over the top devices.  One such example is the Xiaomi Mi MIX Alpha, a phone with a screen that wraps almost the entire way around the device except for a small strip on the back where the cameras are located.  Oh, and one of those cameras is Samsung’s 108-megapixel behemoth of a sensor. But, that is not what we are here to talk about today. Instead, we are going to look at one of their more recent lines of phones, the Black Shark gaming series.  While still new, it is now well into its second generation. And that is what I will be reviewing today: the Black Shark 2 gaming phone.

I won’t lie, the Black Shark 2 is one of my favorite looking phones in recent years.  It has just enough of that ‘gamer aesthetic to make it look unique.  Having the glass and matte aluminium combo, with little green accents sprinkled throughout the design. But it doesn’t take its aesthetic past the point of reason. I’m looking at you, ROG Phone 2.  For the time that I have been using the phone, which has been around 2 weeks now, I have had 3 people come up to me and ask me what my phone is because they have never seen one like it.

This phone does have one hell of a footprint though.  The Black Shark 2 stands 163.3 mm tall, is 75 mm wide and is 8.8mm thick.  Give or take a couple of millimeters, it is the same physical size as the Galaxy Note 10+.  Another small note since I am comparing the Black Shark 2 to, well, the Note, is that it is about an additional 10 grams heavier.

One of my favorite physical design aspects is the inclusion of RGB.  The logo on the back of the phone, as well as the light bars on the side, are fully RGB and have customizable patterns to them.  Those settings include the typical RGB rainbow sequence, breathing and static, as well as some cool ones like the fireworks option for the sidelights.  My personal favorite. The sidebars also work as an indicator for how low your battery is and a status bar for when it is charging. One of my favorite little details that Xiaomi opted to include in the design of the Black Shark 2. 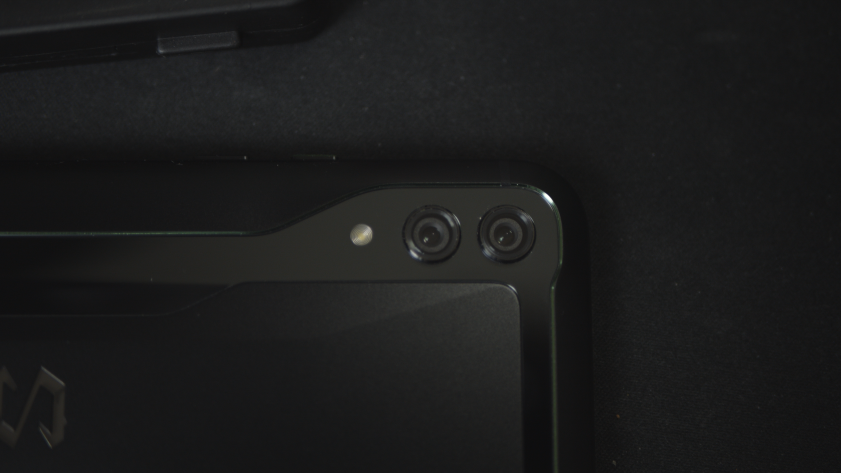 3 Cameras to Choose From

3 cameras are also built into the Black Shark 2 design.  2 on the back and 1 on the front. As for the 2 rear cameras, the main one is a 48-megapixel champ paired with a 12-megapixel telephoto lens.  Funny enough, I found to have better image quality by just zooming in with the main camera than trying to use the telephoto option. As for the selfie camera, it rocks a 20-megapixel camera that is exceptionally crisp.

This all means nothing if the software end is not well built for processing photos.  And while Android 9 is not perfect (more on that later), it does get the job done.  There are other 3rd party options available if you want something more substantial, but it is not necessary. 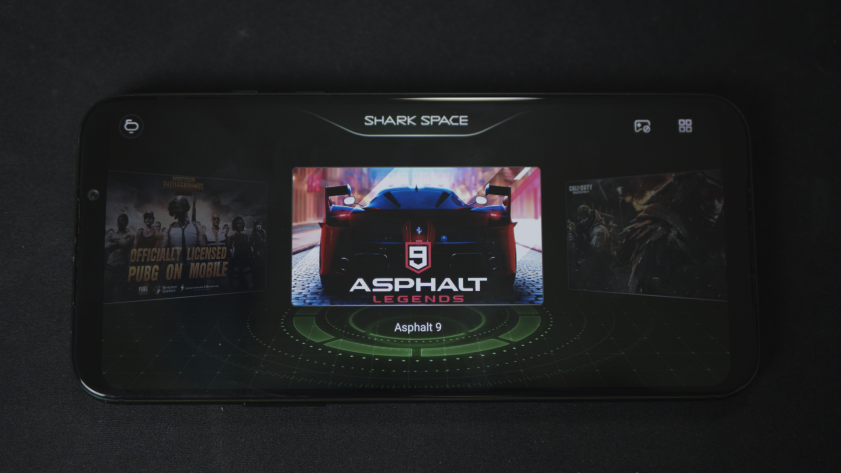 Well, it is Built for Gaming

Taking a quick look under the hood,  the Black Shark 2 is packing a Qualcomm SnapDragon 855 paired with 8GB of RAM and 128GB of storage.  For this one, it runs $550 USD. But if you are looking for a bit more, there is a SKU carrying 12GB of RAM and 256GB of storage. The said version will run you $650 USD.  As for the one I was sent, the former variant is the one currently in my pocket.

I am not gonna lie, the performance of phones for gaming is fairly predictable.  Look what the phone is packing and you can get a general idea. With a SnapDragon 855, games are a breeze.  The experience is smooth and responsive while gaming. And when you toggle the “Shark Space” button, you enter the built-in gaming mode for this phone, where all notifications and phone calls are blocked, and you can crank everything to 11.

By swiping from the top right corner to the center of the phone, you can enter the ‘gaming center’ of the phone.  From that point, you can adjust pretty much everything from HDR settings to CPU and GPU controls. The phone does get significantly more toasty when you turn on “Ludicrous Mode”, the highest performance setting, but games noticeably feel smoother.  Despite the increase in temps, the phone never gets to the point where it is uncomfortable to hold. Be careful though, it will drain your battery much faster.

There is only one issue really holding the Black Shark 2 back from being one of the best, and sadly, it’s the screen.

So What is the Issue?

It is not the entire display at fault here, just one aspect to be completely honest.  As for the good, It is an AMOLED screen with a 19.5:9 aspect ratio. And with a 1080x2340p screen stretching across 6.39 inches,  it doesn’t have the highest pixel density out there. But the display is still perfectly capable. The vibrancy of colors is flexible, and with a suite of options in the settings,  you can tailor the screen to your liking. I personally prefer a balanced screen tone for the most accurate colors. The screen is even adequate when it comes to use in direct sunlight. Furthermore, it had a lightning-fast optical fingerprint reader built into the screen, underneath the pane;  And I have had only a handful of moments where it did not read correctly.  Though this issue was solved quickly by me re-positioning my thumb to the right spot.

So what seems to be the issue?

It’s the fact that when 90Hz has become the new trend for smartphone displays,  the Black Shark has opted to go for a 60Hz screen. I am sorry, but this doesn’t seem to make a lick of sense.  Why would a phone push so hard in advertising about gaming, miss something so simple, yet so crucial to the gaming experience? Even OnePlus, a brand known for having the best bang for your buck chose to have a 90Hz screen on their latest generation of devices.  The top dogs of the phone gaming space, Razer and ASUS , even went the extra mile and bumped the refresh rate up to 120Hz. So why would Black Shark do this? I don’t know.

Xiaomi also states that the phone has a 240Hz touch sensitivity rate.  But I can never feel this because the screen is only 60Hz.  It should be obvious that if you are so willing to advertise such high sensitivity as a feature, you should build in a screen capable of showing such a feature off.

There Are a Couple More Problems

I know at this point it sounds like I am beating a dead horse, but man do I wish The Black Shark 2 had a headphone jack.  There is no reason that it should be lacking this, especially when there is no IP waterproof rating. I could understand if they were trying to create a better seal, but they really have no excuse not to have one.  Especially when sound is such a crucial aspect to any game you wish to be good at, where having low latency headphones to hear footsteps is a must, like  COD Mobile and PUBG Mobile.

On top of that,  this phone uses Android 9.  A solid foundation for a good OS,  but not so much without a reskin. I mean,  it seems like such a simple quality of life improvement to be able to swipe away notifications on the lock screen without it prompting it to unlock every time I do it.  This is compounded by the fact that the only direction you can swipe to unlock the phone is up, so you forget the notification issue. There is just so many little quality of life improvements like this that could have been taken care of, with even the lightest Android 9 skin applied.

What Else is There to Offer?

Outside of those couple of gripes, there is nothing else wrong with the Black Shark 2.  You could argue the dual front-firing speakers are a bit muffled. But, if you turn the speakers down to a reasonable level, because they do BUMP, there is no issue.

The Black Shark also includes 27W fast charging for its 4000mAh battery,  claiming a 60% charge in 30 minutes. Surprisingly, this does hold up, as long as you are not using the phone while it is charging.  This does make up for the lack of wireless charging, and in the end, I am not going to hold that against the phone considering the price point it comes in at.

Personally, the Black shark 2 gets a solid recommendation from me.  There is no way around it. I do love what Xiaomi is doing with this line of phones; bringing top tier performance to a stylized gaming phone.  Even including a built-in gaming mode. And with this phone sitting at a $550 price point, you can not find a better deal out there without moving up in price brackets.

If you feel like checking out more tech news and reviews, check out Tech for Thought!  Our affiliate YouTube channel where you can find the latest news and reviews on all things tech.  Check out their latest video here! Keep your eyes on that channel for an upcoming Video Review of the phone as well!

THE BAD
60hz screen
No headphone jack
Needs a couple Q.O.L. improvements in the software

If you are looking for a top tier phone in performance, The Black Shark 2 is a solid choice to consider. But if that was not enough, the phone offers the best bang for your buck, and style to boot. So if you are on the fence of this phone, go for it. Hell, even if the Black Shark 2 is not on your list of candidates, add it on. You will not regret this investment.

He does more things now like writing and video content... Still, our streamer that doesn't stream much. Nowadays, you can find Matt, writing reviews & on the Power Up Podcast as well as on our affiliate  Tech YouTube Channel Tech For Thought!

Xbox One Gets More Kingdom Hearts And Final Fantasy Titles 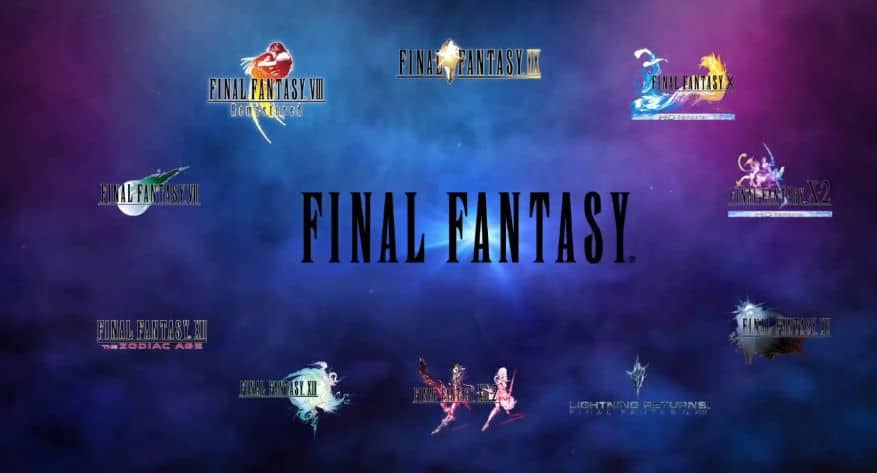