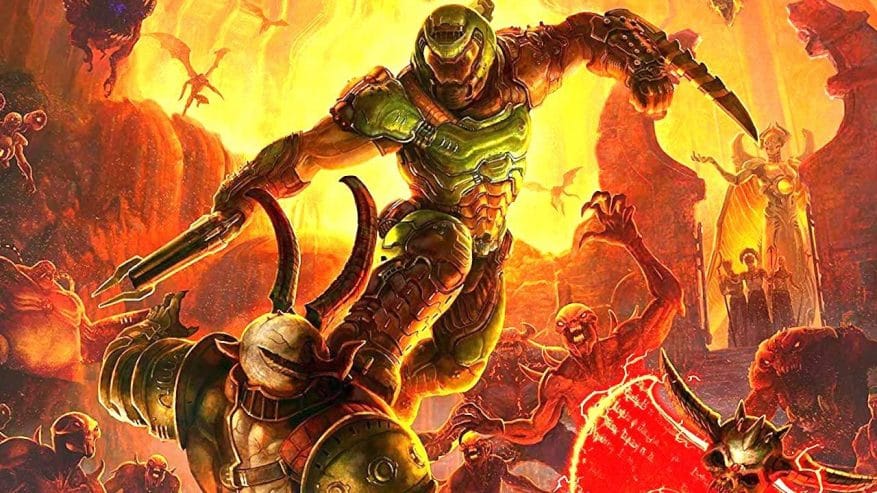 March is setting up to be a massive month for video games in 2020. The sheer variety and quantity is going to be huge! We’re going to keep the trend from last month where we looked at February’s upcoming games, and check out March. Gamers are going to be able throw life away on a desert island, save earth from demons, explore City 17 with their own eyes, and go to school again? So here’s what’s coming up in March, and why you should play it all.

Agents, it’s time to head back to the Big Apple. Warlords of New York is going to see The Division move from a war torn D.C. back to a more devastated Manhattan. It seems like fans of the first game are going to be pleasantly surprised with the story of this expansion, with antagonist Aaron Keener returning. Our own Kevin and Mike have chatted about the expansion, and say that the return is welcome. Whilst the first Division had a very rocky start it’s great to see that fans of the sequel can be rightfully excited to return to the looter-shooter. These types of games always benefit from new areas, missions, and loot. So it’ll be good to see Ubisoft bring just that on March 3rd.

It’s been almost 14 years since Pokémon Mystery Dungeon: Red/Blue Rescue Team hit our small screens. Nintendo decided back in January that was long enough to wait for a remake. For those not in the know the Mystery Dungeon games are a franchise that see you play as a Pokémon and travel through randomly generated dungeons completing missions, rescuing other Pokémon, and treats the player to fairly decent stories as well. Nintendo also released a demo for this game. One that shows just how similar the game is to the original. The only major change seems to be the art-style, which might bother some. Although some may enjoy a trip down memory lane with this incredibly popular Pokémon spin-off. So maybe give it a try when it releases on March 6th.

Ori and the Will Of The Wisp (March 11th) PC, XBOX

You’d be right if you thought the painstakingly crafted world of Ori and the Blind Forest was downright beautiful, so you can expect the same for the sequel. The games art was created by Johannes Figlhuber, he and the team over at Moon Studios wanted the game to have a colourful, vibrant feel, and the geometric layering of these games art is absolutely astounding too. You can expect all that, some of the best MetroidVania style platforming, and a game that’ll make you cry to come to your Xbox’s on March 11th.

I won’t be the first journalist, and undoubtedly not the last, to say Nioh is like Dark Souls. However, I won’t say that again. Nioh is so unique in its approach to a genre that’s been around for so long. The first game includes a ‘stance system’ where you can switch between attacking high, middle, and low. On top of that you have a plethora of weapons to choose from who’s functions all change depending on stance. All of this goes without mentioning how the game is set in 1500’s Japan, so the aesthetic will please many. Those familiar with the first game thanks to it releasing on PS Plus recently will be happy to know Nioh 2 lets you transform into a Yōkai: large mystical Japanese monsters. So gameplay is sure to be shaken up for players when Nioh 2 releases on March 13th.

When asked what you would take to a desert island, I assume another desert island is your answer. That’s where the upcoming Animal Crossing: New Horizons will take you. You’ll be tasked with building a society from the ground up and nurturing it. Oh, and you’ll be in tremendous amounts of debt, art reflects life right? Despite that I don’t think there is much I need to say about Animal Crossing as the hype train has already left the station. You already know you’ll lose hundreds hours to this game, you’ve just got to wait until March 20th to do so.

Imagine a Jackson Pollock painting, except it’s made from blood and guts. Thats the rebooted DOOM franchise. It seems strange to say that over 20 years since DOOM’s initial release we still have a hankering for just straight up killing things. But DOOM makes it so much fun! The fast paced action, killer soundtrack of heavy metal, and awesome gameplay will all be returning.

Although this time we’ll see an expanded upon story and lore, more guns, more demons, more environments and more blood. It’s DOOM, like c’mon. Sadly though we’ve got to wait until March 20th to play. (DOOM and Animal Crossing are very different games to be releasing on the same day aren’t they?)

Here we have this list’s biggest surprise, a new Half Life game! And it’s in VR? This is another one where I don’t have to say much. As we all trust Valve to make something excellent that’s probably Game of the Year material. This comes contrary to how they haven’t made a proper video game for years, speaking to how highly all gamers view their output. Sadly though you’ll need a high end PC and high end VR to play this, set aside this years wages people, and spend it on March 23rd.

I recently finished Persona 5 at 100 hours! So I don’t  think I’ll be jumping in on this one straight away. This is a bit of a public service announcement then for anyone who hasn’t played Persona 5. Wait for this, and play it! It’s your classic JRPG style game except the turn based combat is actually fun, and all the tasks you do day-to-day outside of combat are well written as well. There will even be major changes to certain homophobic scenes as well. On top of all that Persona 5 Royal has extra content, characters, levels, items, and areas to explore. So when this drops on March 31st I implore anyone and everyone to at least check it out.

So that was our list of March’s biggest upcoming games. If you think we’ve missed anything, or just want to shout a game you’re excited for, let us know. We’d love to hear from you. Thank you for reading COG!