It’s about time you got recognized as a real athlete. Maybe you don’t look like a bodybuilder, maybe you do. Why does it matter, if you’re gunning down opponents in Dota 2?

eSports are incredibly demanding on both the mind and the body. According to a study out of the German Sports University, eSports athletes can experience a level of strain to hand-eye coordination unmatched by any other sport. The amount of cortisol, a stress hormone, produced during a game approaches the level of a race car driver, and their pulse can equal that of a marathoner. Not to mention the constant cognitive demands to dominate a widely-changing universe.

Maybe it’s time gamers started to treat their bodies and minds like elite athletes do. Put down the energy drink and start eating like the pros with proper nutrition and performance-enhancing nootropics.

What are Nootropics? (H2)

Nootropics can be defined as “drugs, supplements, and other substances that may improve cognitive function, particularly executive functions, memory, creativity, or motivation in healthy individuals.”1 E-sports athletes compete daily in a mental game of reaction-time, strategy, mental agility, and endurance. However, unlike elite athletes of more physical sports such as football or basketball, nutritional interventions for performance are lacking in e-sports teams. What if you could gain a competitive advantage over the opposition, simply by watching what you eat? In a virtual world of cut-throat competition, that extra 1% advantage from nootropics could make or break your success.

Why Gamers Need to focus on nutrition (H2)

The brain craves nutrition in order to function. While everyone else is out there trying to eat well for their body, the brain consumes most of the energy you put in. That’s why eating a big, fried meal can leave you lethargic, or having your morning coffee wakes you up. Change the game by changing how you take care of yourself, and watch the results come in.

First and foremost, take care of your overall diet. Stick to natural, lean meats and raw, whole grains, and unprocessed fruits and vegetables. Most importantly, eat good fats. The brain’s cells are composed of a lipid bilayer, through which signals pass in and out. Good fats, such as olive oils, fish oils, avocado, and nuts keep that membrane healthy, like a traffic-free highway for rapid-fire signaling.

Now imagine a signal trying to get through a stick of butter instead of olive oil. Which one is going to produce faster results? Trans fats, saturated fats, and fried foods make the entire thing a traffic jam.

How Nootropics can help (H2)

While nothing replaces a healthy diet, adding extras takes you to the next level. It’s the nutritional equivalent of being a regular, competitive gamer or team Evil Geniuses. Why be good when you could be great?

Here are the biggest areas of nutrition that need attention for e-sports athletes:

Unfortunately, when many hear the words “brain-enhancing”, they think commonly abused drugs like Adderall. The Electronic Sports League (ESL) has started regulating these performance-enhancing substances, lining up with the World Anti-Doping Agency (WADA), which governs drug tests and substance use in sport. While Adderall can act as a dopamine-reuptake inhibitor and increase the signal-to-noise ratio in the brain, a) you shouldn’t abuse drugs or take those that aren’t prescribed to you and b) they’re banned by WADA without a prescription.

Fortunately, many natural, nootropic supplements exist that are not only safe and legal but effective in increasing focus, attention, mood, and reaction-time. This means you can get the same (if not better) results with less shady consequences.

Not surprisingly, not all nootropics are created equal. The main difference comes down to their onset of action. Is it something you take for long-term brain health, or will it give you immediate brain power? Let’s look at the best long-term nootropics first.

Lack of sleep can kill your game, and you can’t just respawn your brain function. In a study done at Brown University, subjects’ brain power to the visual cortical area significantly increased after a nap. Sleep, therefore, helps visual learning. Seems like there’s a small bit of visual learning necessary to be great at eSports.

Extended sleep loss is linked to loss of critical neurons for alertness and cognition. With greater brain cell death, lack of sleep takes away your ability to react at an elite level.

To make sure you’re getting enough sleep, put the controller down an hour before bed. Top it off with a blend of tart cherry juice, tryptophan, and magnesium. Tart cherries contain melatonin, the body’s natural sleep hormone, while tryptophan and magnesium combine to affect drowsiness. Performance Lab sleep is an all-in-one elixir for a great night’s sleep, so you can wake up primed for hours of competition – stack this with Performance Lab Mind for the best results that we experienced.

The average age of eSports professionals is much younger than most sports. Starting early and playing for 10-12 hours per day leads to a problem for many young gamers: burnout.

We’ve already seen that the physical and mental demands on eSports athletes rivals that of any other professional athlete. According to biometric data, developing brains are especially susceptible to the impact of high-stress on executive function, neuron health, and inflammatory pathways. Supplement with omega-3 fatty acids (such as fish oils), flavanoids and antioxidants, and phosphatidylserine to counteract the negative effects of high-stress competition.

Phosphatidylserine is a compound containing 15% of the brain’s fats, helping maintain the fluidity and permeability of cell membranes to promote activity of neurotransmitters. It also enhances glucose metabolism to get more energy to the brain. If that wasn’t enough, phosphatidylserine removes damaged, potentially toxic brain cells, which saves the healthy ones from damage. Through all of these actions, it sharpens memory, slows cognitive decline, and promotes positivity.

Stay cognizant of your focus and the pressure you’re under. Believe it or not, mental strain creates real biological changes in the brain. Rather than wearing yourself down, consider this:

These practices will not only make you a better athlete, but they’ll improve your mood and happiness in other aspects of life.

Some nootropics are fast-acting on your reaction-time, alertness, and cognition in the short-term. You’ve probably felt a similar response from an energy drink, as caffeine is a great option to increase awareness. Unfortunately, those drinks contain just as much bad stuff as benefits. Instead, get something that’ll affect your energy levels, cognitive agility, processing speed, and focus on a neurochemical level without any of the negative side-effects.

First and foremost, you can’t react quickly if you’re distracted. In the midst of a Fortnite storm, you’ve got to focus on what’s in front of you in order to stay alive and win.

If you look at ingredients on energy drinks, you’ll probably find tyrosine. That’s because people are starting to figure it out – tyrosine metabolism lowers brain exhaustion by sustaining healthy catecholamine levels. Dopamine levels tend to drop under stress, converting natural tyrosine instead to “fight-or-flight” catecholamines. Tyrosine supplementation has been shown to sharpen thinking during chaos and distraction – a perfect answer to gaming environments.

For a while, this reaction is good. It keeps your trigger finger ready to fire at a moment’s notice. However, too much excitement narrows your attention, raises your heart rate, and makes you lose control. Tyrosine can bring you up to speed, but theanine keeps you there.

Theanine, an amino acid, promotes attentive relaxation. You know that feeling of being in the zone? That’s what theanine supplementation can give you. It modulates brainwave frequencies and reduces over-excited neural activity, keeping you at that perfect level of alert-yet-relaxed.

Most nootropics are single compounds, offering only one brain benefit. Stacking them (as in the case of tyrosine and theanine), can produce even larger effects. A stack such as Mind Lab Pro optimizes memory, processing speed, and mental agility while promoting quick-thinking brain waves and a healthy brain structure.

The best athletes know that if you’re reacting to something as it’s happening, it’s too late. Baseball players have to read the pitch before the pitcher even releases the ball, or else it’s a strike. ESports are no different. If you’re waiting to see what your opponent does, that’s just asking for a kill shot.

Citicoline, a choline donor, provides materials to build acetylcholine and phosphatidylcholine, two compounds critical to neuron-to-neuron communication and membrane health. At its source, citicoline crosses the blood-brain barrier (a gate that’s very particular on visitors) easily, unlike most dietary sources. By acting so efficiently, citicoline increase ATP energy to the brain by 14%. That’s 14% more energy than the person on the other side of the screen.

Reacting quickly is great and all, but only if you’re reacting to the right things. Rhodiola rosea directly regulates something known as the Hypothalamic-Pituitary-Adrenal Axis, which is a fancy term for an adrenaline zone. Adrenaline keeps you on your toes (or thumbs), but too much brings excess anxiety. You don’t need that stress to cause friendly-fire.

Instead, take some Rhodiola about an hour before playing to target the biological root of stress. Boost mood and reduce anxiety, yet stay moderately stimulated.

When stacked with vitamins and amino acids, agility, correct choice reaction, and perceived energy improved significantly with supplementation. Add dietary nitrate (beets, spinach, or supplements) to increase physical capacity under conditions of mental fatigue. By hour 10 of playing, your thumbs can still react just as quickly as hour one, even if your brain is tired.

Stick to a healthy diet and stress-relieving lifestyle for optimal gaming performance. When looking at the best nootropics for eSports, you could fill your cabinet with pills. But if you want real advice? Get the one supplement to rule them all – Mind Lab Pro.

You can purchase these Nootropics from the links below.

https://cultureofgaming.com
Anthony is the Owner for Culture of Gaming and he spends his days studying, gaming and working on the site. Anthony has worked for the past 7 years in the Video Game journalism industry and has worked for over 30 different sites in that time. 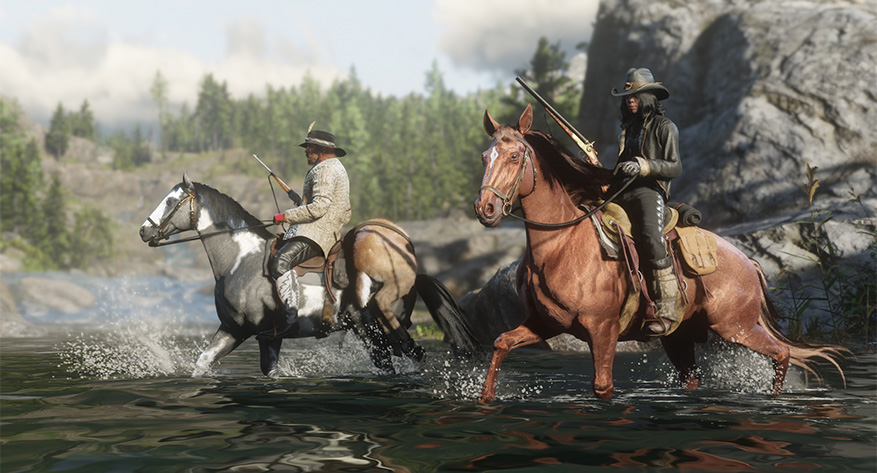