Assassin’s Creed: The Fall and The Chain Review 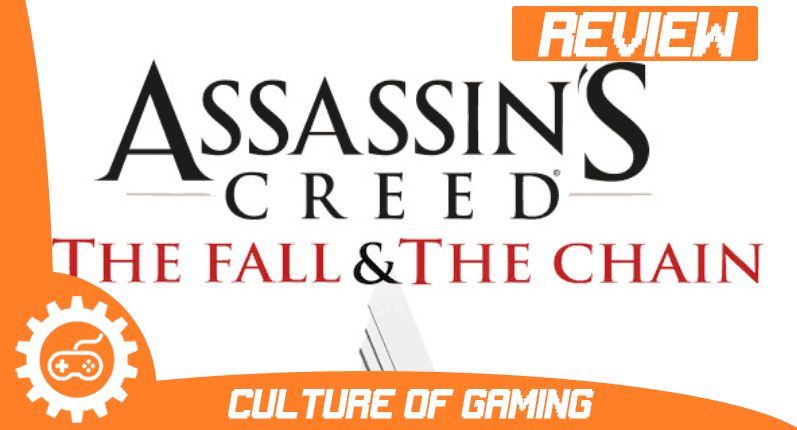 Assassin’s Creed: The Fall and The Chain paints a different but familiar picture for the video game comics of this franchise. You follow the life of Daniel, his assassin ancestor Nikolai, and how their lives and Russian history shaped the Templar and Assassin war. The Fall and The Chain offer story threads familiar to the comics and the games, but they lack the emotional impact. However, it does flesh out the story of how an Assassin’s history and training could be used to destroy a sect of the Brotherhood.

Daniel is a broken man. Lost in a world filled with drugs and alcohol, he also has seizures of life before him. We meet his ancestor and great grandfather Nikolai Orelov, an assassin based in Russia. Nikolai becomes enthralled on leaving a better legacy than the life he had. The Fall and The Chain compare the lives of these two different men, owned by their history but deciding to make their own choices. In the case of Daniel, it leads him down a path that upends the Assassin’s hold on a modern-day war.

Daniel’s journey is far more fascinating considering the legacy he has to uphold while also recognizing that the Brotherhood, for him at least, doesn’t hold the same weight. He learns this lesson through his own grandfather’s memories, trying to escape from a life of death only to instill it in Daniel’s father at a young age.

Assassin’s Creed: The Fall and The Chain feels like an episode of Arrow. There is an anti-hero story told throughout the arc that adds new wrinkles about the secret war between both factions. Yet the weaving of past conflict with an ancestor assassin feels dull and without teeth.

Similar to the flashback portions of Oliver Queen’s story, they’re neat distractions but they’re distractions nonetheless. Nikolai’s story is that of a man who feels powerless because of the bigger forces affecting his life. It is a good antecedent to Daniel’s journey, but it does lack the teeth and grit that makes an Assassin’s Creed tale stand strong. The Rise and The Chain deliver on creating interesting questions about loyalty and what it means for a person to rely either on their oath or gut instinct. It just lacks the same action, pacing, and thoughtfulness of other Assassin’s Creed stories that Titan Comics has released.

The Rise and The Fall is a lukewarm story that doesn’t delve deep enough and lacks the emotional impact that it deserves. The ideas, settings, and other factors are there. But they don’t quite come together in a way that would have made the overall story stronger. The story arcs serve more of a historical significance to Daniel’s character, rather than creating an empathetic ear to his problems dealing with both Templars and Assassins.

Thanks for reading! Don’t forget to check out some of my other reviews like LEGO Jurrasic Park World and Super Mutant Alien Assault. For more great interviews, reviews, editorials, and news stay tuned to CultureOfGaming.com or check us out on OpenCritic.com.