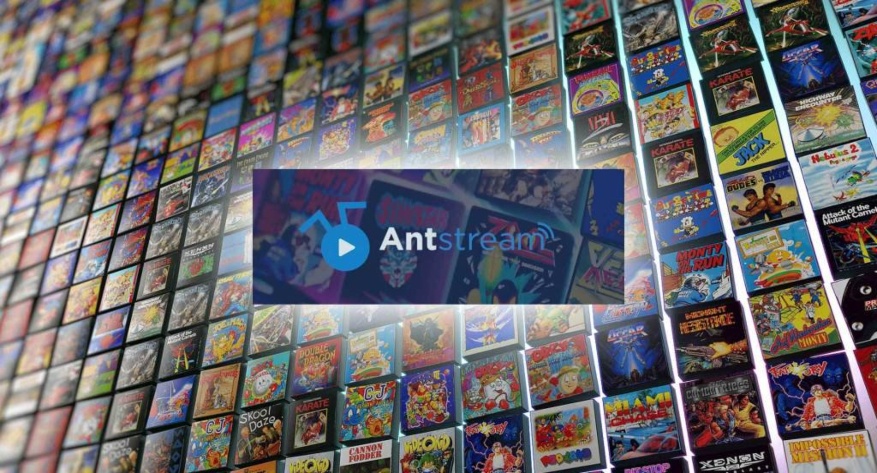 One of my earliest memories is my Amiga and the games that came on a floppy disk. I remember trying my hardest to get all the kittens in Wizkid and the golden keys in Gods, often failing miserably.

Games back then were fun and carefree – no loot boxes, skins or any other similar mechanics often seen in today’s games. Truth be told, I miss those days and wish my Amiga still worked to relive those memories.

More than six months ahead of schedule, Antstream has launched largely due to generous Kickstarter donations. I’m now finally able to fire up Wizkid again and grab those damned kittens.

Antstream is a “Netflix for gaming”, it promises users the ability to stream retro games via a monthly subscription service. Today, it’s common for gamers to download emulators and their respective games, which is frowned upon not to mention illegal. Antstream aims to convert these gamers to their service, allowing them to play, fully licensed games from years gone by.

The CEO of Antstream, Steve Cottam, explained to ArsTechnica that they formed partly as a response to piracy and to preserve vintage games. If my money goes towards the royalties for these games, I’m more than happy paying it.

Seeing developers teaming up to give old school gamers a dose of nostalgia is great. Antstream have secured some of the most well-known developers, such as Team17 and Ocean.

What’s the experience like though? Well, in the absence of a full review article and without going too much in depth, I can say it’s a great experience with next to no issues encountered. I’ve no doubt one of the reviewers will post a review at some stage for those who want the intricate details.

Antstream boasts a library of 400 games ready to go, with another 1600 licensed and being prepared for release to the app. This is impressive, considering how new the service actually is.

I had absolutely no issues streaming, despite not having the best internet. The feel of each game felt authentic and true to its origins. All in all, a pleasant, nostalgia-inducing experience. It isn’t though, without any negatives.

The sticking point for many people I believe will be the price.

At £10 per month, many would consider this to be too much to pay for old games, especially if customers still have fully working old consoles. It’s also more than Netflix. I get it, different apps completely, but they both hold the same mechanics, albeit Netflix has current, up to date content.

That said, I can only imagine how hard it is to track developers down from 20+ years ago. On top of that, buying the rights to stream their games won’t be easy.

Is it worth the money?

For me at least, yes. I do think the industry has been missing a service like this for some time. I do have to question though whether Antstream will be overshadowed by Google Stadia.

If Stadia allows retro games, it could spell the end for Antstream before being given the chance to really take off.

What are your earliest memories from gaming? Let us know in the comments below! If you want to check out some of my other articles, click here

Paul is a British gamer who writes features on CoG. He is predominantly a PC gamer, however likes to hop on his PS4 and Switch every now and then. The first platform Paul ever owned was an Amiga A600. Outside of gaming and journalism, Paul is an avid Newcastle United fan who attends the majority of matches in his home town.