A Look at Mortal Kombat 11 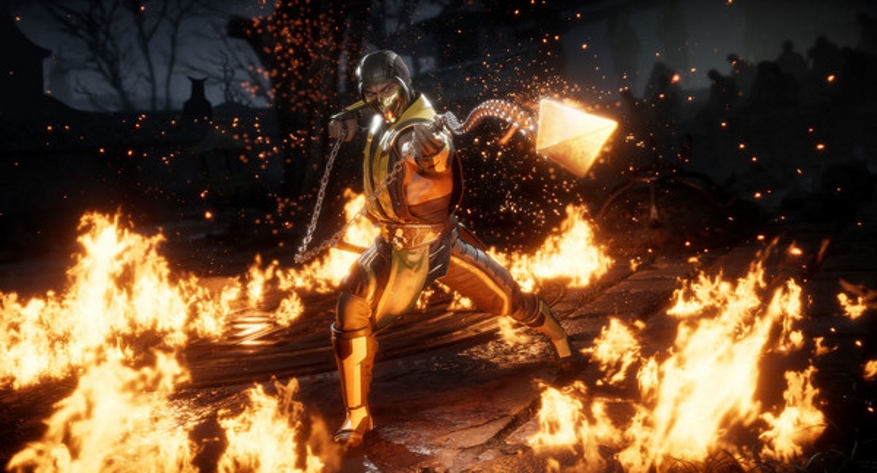 If there was any fighting game that had the most about of anticipation going into 2019, it would be the game that specializes in the complete annihilation of your opponent: Mortal Kombat 11. Ever since The Game Awards last month, fighting game enthusiasts have been in pure speculation mode about what the 11th installment would bring. We now finally have details about the gameplay, characters, and even initial story details. There is plenty to cover from NetherRealm Studios so let’s dive right in and breakdown the details.

Look at all those character slots. ^__^

Upon looking at the initial character selection screen, Mortal Kombat 11 will have around 25 characters. With these characters, we got our first view of seven of these Kombatants. Our two ninjas Scorpion and Sub-Zero will bring their usual brand of murderous delights and Raiden, who has gone full “Dark Mode.” Baraka (who seems to have recovered nicely from an Alien attack apparently…) makes his return and enjoys eating his opponent now. The fan-favorite Blood Ninja Skarlet is back and brings her unique style of weaponized blood. And rounding out the returning characters is Sonya Blade, who will be voiced by Ronda Rousey.

With a new game, we will probably see a handful of newcomers. The first of these newcomers is a man who enjoys using sand as a weapon and manipulating time to his advantage: Geras. In the game, Geras is a grappler character who can literally carry you from one side of the screen to the other; He likely won‘t be someone who you can corner so easily. It is also interesting to note that besides his ability to manipulate sand, he can also manipulate time too. Besides an ability to keep him alive, he can also add or remove time from the clock too. Best not play the long game against him as he can literally cut it down.

One of the biggest features in Injustice 2 was the whole idea to make your own version of legendary superheroes and customizing all aspects of them. Mortal Kombat 11 looks to take what they established there and run even further with it.

To start things off: yes, variations are back. Only this time, they go even deeper as you can now set up your very own customized variations. This will not only let you change the look of your character but also choose what fancy abilities your character can do. For the gear, you can change how different aspects of your character’s weapons such as Scorpion‘s different choices between his Ninja Mask, Katana, and Spear. And in case if you want to go up against the AI using your variation, you can even change the way they fight too.

You can Kustomize their “Kosmetics“ your fighters for any fancy look and desire you want. You would think that this would be another choose the character skin, but this time, you can also pick your intro and victory outro to help make your character feel special. What’s interesting here too is the fact besides choosing your fatality to perform, brutalities are back and you can pick your “End of Round Taunt” too. You can go crazy with how you want each character to look and play, and it will be fun to see just how much customization options each character will have to them.

This is going to be very painful to watch.

Mortal Kombat always has its own unique style in the world of fighting games. The visual style is jaw dropping and they even fixed up the character models and animations. Even the fights themselves have seen a massive overhaul as players now have access to a dual meter system that allows players access to EX moves and defensive options. They no longer share the same meter so players have tons of options open to them.

When a character falls into a critical state, they will have access to their “Fatal Blow” attack which is this game’s X-Ray Move. The catch here is that you only have access to your Fatal Blow only once per match, so choose the moment wisely (although if you use it and miss, you can use it in the next round too). These moments are just as brutal as ever and are even more entertaining to watch. My personal favorite was Sonya using her opponent as a bullet sponge and rushing them over to a turret so it can shoot them in the head point blank.  Good times.

And for those of you who enjoy a good fatality, all characters will have multiple fatalities once more, only this time it freeze right as the final hit lands. These can range from Scorpion cutting his opponent down the middle with his chains, Sonya launching her opponent into a helicopter or the various ways Sub-Zero can remove heads. What‘s special here though is that unlike the other titles, once the last hit connects, time will slow down to put emphasis on the destruction that just happened. Watch as blood flies all over, or someone’s eye goes flying. This will probably be some of the most extreme fatalities yet.

While we have little details to work with here, we have plenty of hints from the story teaser and the prologue for Mortal Kombat 11. Taking place almost immediately after Shinnok’s defeat, we see Raiden wearing Shinnok’s Amulet and fully embracing the dark side. Raiden is done playing nice and is ready to wage a war against the other realms to keep Earthrealm safe.

When a Thunder God goes for the head

If you finished the story mode of MKX, you know Shinnok got his head cut off, and we get to see it happen here. While Raiden goes to the NetherRealm to tell Liu Kang and his fun upcoming plans, a mysterious figure steps out of time and talks to Shinnok’s disembodied head. Our main villain, Kronika, may also be our first female boss character in the series of Mortal Kombat. It is hard to tell where the story will go from the short prologue we saw, but it will be interesting how they will balance Kronika’s interference with Raiden going on a murder spree of the other Realms.

Now while we have little else to go off of, we have a good idea of how the story will play out here. With our mysterious female time skipper, we will see Mortal Kombat characters from the present interact with those in the past. The best example is seeing characters like Liu Kang and Kung Lao interacting with their other selves and how they question what exactly happened that caused this twisted future to happen. Maybe in the coming weeks, we might see more teasers, but for now, we can only speculate exactly what we will likely see come later down the line.

Things are about to get… Toasty!

With everything they shared with us, it is hard to imagine that the game will drop in three months. There are so many details to cover like the Crushing Blows and weapons, but it is probably best to explore those another time as we get more details and example for other characters. It is exciting to think of everything the game will provide for both casual and competitive players, and how Ed Boon will ensure both parties will have a good time.

Now the funny thing here is that we are about 13 weeks away from the launch of Mortal Kombat 11. This means that for all we know, we could see a character reveal for every week until the launch, so it is best to keep an eye out for more details dropping as a quick pace. People online are going through everything shown to try and put together a possible “Character Roster” of characters we will likely see, and I know I will be doing the same too. Be sure to follow us here at Culture of Gaming as we will continue to look at Mortal Kombat 11 and what goodies that may be coming our way. Mortal Kombat 11 will arrive on April 23 on all platforms.

And bring back the Toasty Man!