A Celebration of Rick May, Video Game Voice Actor 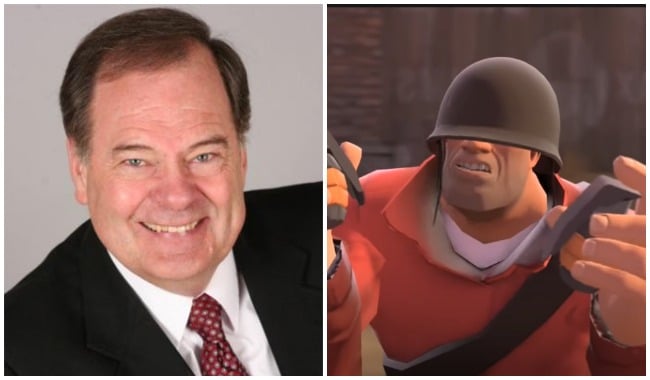 The gaming industry lost one of its own on April 8th, 2020, as Rick May, a popular voice actor, sadly passed away at the age of 79 after contracting COVID-19. He was being rehabilitated in a nursing home, following a stroke he suffered in February 2020.

Rick May grew up in Seattle and Canada, and was a serviceman in the US military. He had a background in theatre, starring in shows such as The Adventures of Sherlock Holmes and Peter Pan. He even set up his own theatre company in 2001, based in Kirkland, Washington and taught theatre at the Rekindle School in Seattle.

As gamers, we remember him fondly as the voice behind a whole host of your favourite characters. Take a look at the awesome video game stars Rick May brought to life.

The best-known of Rick May’s characters is Peppy Hare from Star Fox 64, with his famous line, “Do a barrel roll!” Peppy is beloved by thousands of gamers from several generations, so the loss of the voice behind him is significant to all in the gaming industry. May also voiced Dr. Andross from the same game.

Claw was a pirate-themed adventure platformer, following the adventures of feline pirate Captain Claw. The game was chock-full of cartoon cutscenes and hijinks out on the Seven Seas. Rick May is credited for voice acting in Claw, but it’s unknown exactly which characters he voiced.

Another game with Rick May voice acting is Sly 3: Honor Among Thieves. This colourful platformer is unique in its genre because of its stealth mechanics. Once again, a trusty band of thieves sets out to do what thieves do, and run right into the nefarious Dr. M, voiced by Rick May. It’s obvious that Rick was a talented actor, as he has voiced villains and heroes alike; a true sign of versatility and skill in acting.

The popular video game, Team Fortress 2, just wouldn’t be the same without Soldier and his funny phrases, like “Give ‘em the boot, right in the fruit!” Soldier owes his voice to the remarkable Rick, and the rest of us are thankful for it.

A Man of Many Talents

Rick also provided some of the voices for:

Not one to confine himself to one skill in life, Rick May also has an animation credit for the Shrek brawler, Shrek Superslam. He even got a special thanks for SOCOM II: U.S. Navy SEALs.  It’s a true shame Rick didn’t get a chance to show us what else he could do, but the characters he voiced, and the games he contributed to will live on. Grab yourself a Rick May game and raise a glass to a talented man.

Do you have a favourite character voiced by Rick May? Are you going to play one of these games to help celebrate his life? Let us know in the comments — and stay safe!