5 Nintendo Series That Should Go VR 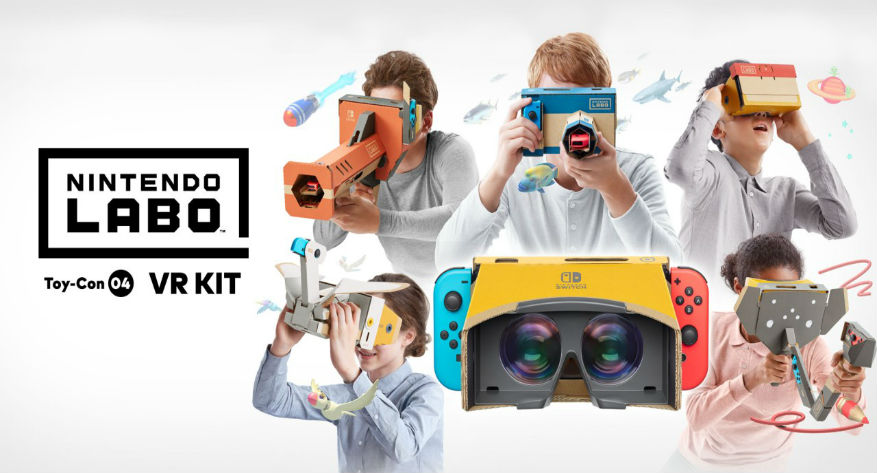 Nintendo and Virtual Reality (VR) have never coincided with each other. Since the inception of VR, Nintendo has far from made the new medium a priority. While the company did have one lackluster attempt in the form of the Virtual Boy, Nintendo just didn’t seem to care about VR. That has recently changed as Nintendo recently revealed its newest take on VR in the form of Nintendo Labo. Labeled Toy-Con 04, this newest set of Labo uses the Switch as a a display that players use, along with the self-made headset and accessories, to experience different VR minigames.

While the concept of these new cardboard peripherals seems more directed as simple experiences for children, We would like to think that this could be a first step in a new avenue for Nintendo. With VR becoming a solid possibility, what current franchises from the company could receive the VR treatment? Well, that’s what we’ll discuss now with five Nintendo series that should go VR.

5. The Legend of Zelda

Lets face it, we all loved The Legend of Zelda: Breath of the Wild. The world was so immersive and expansive that we really felt like we were exploring Hyrule. Imagine that, but in VR. Yes, the chances of this happening are next to none, but it isn’t that out of the question to think that something from the series could enter VR. Maybe use the motion controls from Skyward Sword to have players swing the Master Sword around in an open environment against some moblins? Regardless of how it is done, a VR Zelda game would surely draw attention from fans.

Have you ever wanted to fly a ship in space while blasting other ships. Well, with a combination of Star Fox and VR, that could happen. Star Fox has all the makings of a VR experience. Players could take the form of Fox McCloud as you fly the R-wing from the cockpit. The Joy-con could be used as triggers to fire lasers at enemies, while the Switch itself would allow you to look around the while in the pilot seat. Needless to say, flying around as Fox would provide a great VR concept.

As one of the few times Nintendo dipped their toes in the FPS genre, the Metroid Prime series seems like an obviously choice for the VR platform. The headset would essentially represent Samus’ helmet, while the Joy-con/ Labo Blaster could work as her arm cannon. Since shooting games seem to be the easiest games to convert into VR, having an experience where you blast enemies as the famed bounty hunter has some sound reasoning and a lot of potential.

Whether Nintendo decides to update Mario Kart 8 Deluxe or create a whole new experience from the ground up. the Mario Kart series seems perfect for VR. Just picture it, the feeling of driving down a track from a first-person perspective while avoiding items coming from behind. Now I don’t know about you, but that sounds like a good time to me. While Nintendo would probably have to work some heavy magic to have this fast-paced racing game as VR experience, it seems like the effort would not go wasted.

Come on, this one was a no-brainer. What better way for the beloved on-rail safari-like game to make a comeback than with a full VR immersion? The gameplay of taking pictures would work well with motion tracking. The headset could function as the camera with the simple click of a button while the motion tracking of the Switch would work well to look around for Pokémon. Nintendo could even incorporate their newly announced Labo Camera into the game. There are just so many reasons for a Pokémon Snap VR game to come to the Nintendo Switch, that it would be shocking if Nintendo doesn’t jump on the opportunity. Do it Nintendo, you know you want to.

What Nintendo franchises do you want to see in VR? Let us know in the comments below! For more content, check out our articles on Pokémon Let’s Go!: Should The Gameplay Continue? and Remembering Zelda as a Rock Adventure with Helmarock: Zelda Metal EP Vol. II. Otherwise, keep it on Culture of Gaming for all things gaming!