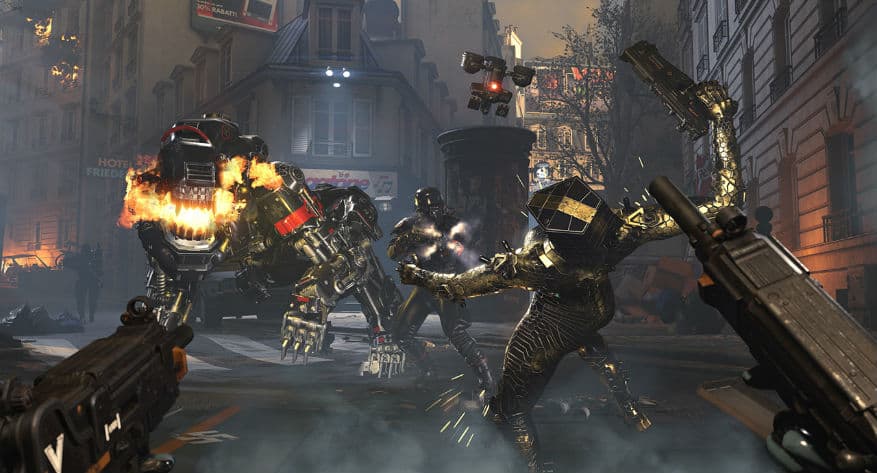 Ah July, where you spend your days out on the beach and under sun… unless you’re a gamer. In which case, you’ll probably be hanging out in your room playing Super Mario Maker 2. Don’t worry, we don’t judge here. July may be prime for outdoor activities and adventures, but what about when you want to get out of the heat? Well, why not pick up one of the many games set to debut this July 2019? This Summer has thus far brought some great games to the table, and it seems like July looks to continue that trend. So, once you’re done soaking up those rays of sunlight and enjoyed some fireworks, make sure to take a look at these five great games coming out in July 2019.

If you like Stranger Things and video games (a likely combination), then you’re in luck. That’s right, the widely popular sci-fi horror thriller will receive its own video game meant to act as a companion to the show. Stranger Things 3: The Game follows the events of the series, while also delving into new content and adventures that can only be experienced here.

Set as a beat-em-up, players can play as one of the Stranger Things cast members in single player or co-op romp through the town of Hawkins. While working together, you’ll discover secrets about both the town and its citizens in order to defeat the threat that lingers in the shadows. Uncover the mysteries that await when Stranger Things 3: The Game releases for PC, PS4, Xbox One, and the Nintendo Switch on July 4th.

What do you get when you combine the action and dungeons of games like The Legend of Zelda with the building mechanics of Minecraft? Why, the Dragon Quest Builders games of course! While the original game paved the way for a block-building fantasy RPG, the sequel sets out to perfect it. In Dragon Quest Builders 2, the Children of Hargon set out to destroy all aspects of creation, so it’s up to you as a young builder to stop them. You will perfect your skills as a builder through crafting and combat to bring peace along with your new companion Malroth.

If Dragon Quest Builders 2 is anything like its predecessor, then it will contain hours of gameplay for any player. Not only that, but the inclusion of a local wireless and online multiplayer allows for even more creativity through cooperation. Build a kingdom like no other when Dragon Quest Builders 2 releases for PS4 and the Nintendo Switch on July 12th.

In a world where Marvel currently dominates both the movie and comic book industry, it comes as no surprise that they would take advantage of the hype and enter the gaming arena. While Marvel’s Avengers doesn’t release until next year, super hero fans won’t have to wait long for a Marvel game. Marvel Ultimate Alliance 3: The Black Order is an action-style RPG where players use heroes from all over the Marvel Universe to defeat Thanos and his Black Order.

As you progress, more and more heroes become available to you, allowing for some crazy team combinations. Each character contains a unique move set that can be used to create combo moves with other characters in order to do some chaotic damage. If you enjoy crazy combat and some moderate character customization, then definitely checkout this game. Heroes unite when Marvel Ultimate Alliance 3: The Black Order releases for the Nintendo Switch on July 19th.

Wolfenstein has always combined great first-person-shooter action with a compelling story set in an alternate world filled with violence and tyranny. With its newest entry, the franchise hopes to bring the same quality with some new, unique features to the FPS genre. Taking place 20 years after the events of The New Colossus, Wolfenstein: Youngblood features B.J. Blazkowicz’s twin daughters, Jess and Soph, as they set on a mission to find their lost father while implementing the combat skill gained through years of training.

For the first time in the series, players can play the main campaign in co-op mode as one of the two sisters. Rather go it alone? Not to fear, as you can also play single player using one sister, while an AI controls the other. With the addition of other features such as the freedom to complete missions in any order, Youngblood appears to have the makings of something unique and refreshing within the Wolfenstein franchise. Enter a twisted world together when Wolfenstein: Youngblood releases for PC, PS4, Xbox One, and the Nintendo Switch on July 26th.

The Fire Emblem makes its glorious return to a home console in years, and from what we’ve seen so far, we can’t wait. Set in the continent of Fódlan, you play as a former mercenary invited by The Officer’s Academy to teach one of its three houses and the students within them. As you progress, you will help mold and strengthen your students in various aspects in order to prepare them for the tactical combat in classic Fire Emblem fashion.

This installment takes traditional tactical combat and blends it with new RPG customization to create an immersive experience with an enticing story. Experience this dramatic tale of war when Fire Emblem: Three Houses releases for the Nintendo Switch on July 26th.

What games are you looking forward to this July 2019? Let us know in the comments below! For more content, check out our Crash Team Racing Nitro-Fueled Review, or take a look at our editorial on surprising games you can play competitively. Otherwise, keep it on Culture of Gaming for all things gaming!