4 stereotypes gamers need to live with 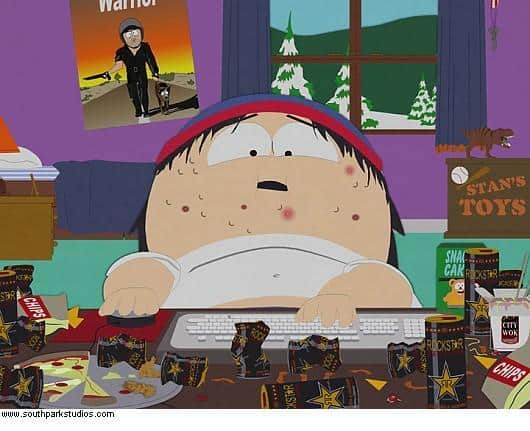 Somehow, a certain stigma – and very distinct stereotypes – have bred over the concept of gaming: “games are too violent”; “games destroy your brain”; or, my personal favorite: “but.. you’re a girl?”. I ask those who would dare pose such questions: could you live without your phone for more than a few minutes? Even the older generations are attached to their phones as if by glue. Yet, it is unacceptable for me to play a game for a few hours a week? Let’s debunk some gaming stereotypes, shall we?

I am a 29-year-old woman. This poses two problems to the average adult: why do I waste time playing video games at my age?, and why am I not married and having babies? This imaginary timeline that seems to exist in gaming asserts that, if you game regularly after the age of 23, it’s no longer cool. In fact, it’s frowned upon and pitied. The image non-gamers have of adult gamers is not a pretty one.

Gamers are subjected to a myriad of stereotypes, even before the age cut-off limit. I’m here to set the record straight. There will, of course, be those who do not agree with my opinions; all I can say to the naysayers is: “Why don’t you go post another selfie?”

WOMEN SHOULD BE HOLDING BABIES, NOT GAME CONTROLLERS

Well, men shouldn’t play with their “joysticks” constantly, but that’s not about to change either.

Anyone with this mentality should buy a time machine and teleport back to the ’50s. Women make up almost half of the gaming demographic. Get used to it.

It is exactly this kind of gender bias that lead to Lara Croft (and her amazing rack) being pretty much the only female representation in gaming up until the early 21st century. Today, we have incredible characters like Aloy from Horizon Zero Dawn (and the upcoming Horizon Forbidden West), Senua from Hellblade: Senua’s Sacrifice (and the upcoming Senua’s Saga: Hellblade II), and of course, Ellie (most notably in The Last of Us: Part 2).

Lizz Grimsley talks more about sexism in gaming (the criticism of Abby in The Last of Us Part 2 in particular).

ALL ADULT-GAMERS ARE OVERWEIGHT AND SOCIALLY DISCONNECTED

NWBZPWNR, of South Park fame, is the yardstick stereotype by which we are all measured

Social media can become as addictive as cocaine or heroin. That doesn’t mean that every Insta user is dissociated from reality and biding their time for their next “fix” of likes. Just like any other pleasure in life, gaming can become addictive, but that doesn’t make us all addicts. Yes, NWBZPWNR, South Park’s representation of gaming addiction in the picture above, is a realistic portrayal of a gamer whose preference for the people in games to the people in the room has… perhaps gone a tad too far.

Then again, the next time you are at a restaurant or public gathering, sit for a moment and watch those around you. How many are on their phones, Instagramming pictures of their food, or checking in on Facebook? At least gamers have the decency not to be rude in public.

It’s true that some gamers choose to lock themselves away for hours – maybe even days – at a time while gaming. If they’re responsible enough to realize that they have work in the morning and need to stop, then what’s the harm?

Possibly the most controversial of gaming topics is the notion that video games are to blame for tragedies across the world. Of course, events such as Columbine and the countless other mass shootings across the world are horrific and heartbreaking. However, blaming video games is a fallacy in reasoning. See, when I played The Witcher series, I killed thousands of people. I killed even more in DmC (in fact, I got a trophy for it). However, not once did I feel the urge to buy a katana and decapitate everyone at my local shopping center.

“Research” which claims that video games are the sole reason for the violence is committing a grave disservice to the scientific community by concluding false arguments. Video games may be a factor contributing to such tragedy, but it takes a disordered mind to re-enact a favorite video game at school. A sociopathic personality coupled with a psychotic detachment from reality is the true culprit to blame for such atrocities.

For some very interesting research that argues against any causal link between video games and violence, head over to this article (as in, academic journal article), if you like highfalutin scholarly English (just skip to the end – that’s the important bit).

There is, of course, a solution for those who insist that games harm children: parents should start parenting. Do not buy violent games if you believe they are harmful to your child. Game cases clearly display age restrictions. The Entertainment Software Rating Board (ESRB), or the Pan European Game Information (PEGI) standard vet each and every game. They have an age-rating system for a reason. I’d like to reiterate though, seeing blood and gore does not make you a psychopath. In most cases, it would only give you nightmares.

VIDEO GAMES ARE MINDLESS AND SENSELESS

I can say without a doubt, that I learned more about history from the Assassin’s Creed series than I could have learned in school. One of the first games I ever played, Pink Panther’s Passport to Peril, taught me about the customs and traditions of multiple cultures and ethnicities, and – I would go as far as to say – made me a far more tolerant individual today.

[Image Credit: IGDB] In Pink Panther’s Passport to Peril, I visited places like England, Egypt, China, Bhutan (just to name a few). Back when I played there were only 1billion people in China. There was a catchy song and everything. The purpose of the game is to debunk racial stereotypes

Of course, there are some games that are senseless distractions from reality. However, society severely undervalues the potential for gaming as an educational tool. Games like American McGee’s Alice: Madness Returns, and Ninja Theory’s Hellblade: Senua’s Sacrifice, offer a candid experience of mental health issues. Until recently, concepts such as these were unheard of in gaming. Gaming is an interactive experience. What could be more educational than living in Renaissance Italy, or experiencing the terrors of auditory hallucinations as though they were your own?

[Image credit: ScienceFocus] Poor Senua must not only fight the Northmen of Helheim but also her own demons (Hellblade: Senua’s Sacrifice)

Gaming is a means of educating the world about the lives of others; some games literally force empathy from the player in order to offer the most interactive experience. In the process, gamers are becoming more tolerant of issues such as mental health and cultural discrimination. This is a revolutionary idea that can only become more influential over time. Imagine a world in which everyone can understand the value of tolerance and acceptance instead of hate and discrimination?

A virus that does not discriminate against gender, race, or social standing is decimating the world. We – as the human race – need now, more than ever, to understand one another and empathize. There has been such insane political controversy in the last few years. Most notably was a ‘prominent political figure’ promising to build a giant wall to keep an “unwanted” ethnicity out. Gaming could aid in making players understand the pressures of prejudice.

Games like Tropico and Civilization explore both the dubious undercurrents of politics, but also the enormous responsibility of running a country. Even games based on economics, such as Capitalism teach players the value of money, and how harrowing the business world can be.

[Image credit: TechNotes] A lot of research has gone into using Minecraft as a tool to improve spatial awareness. Even basic coding can be taught through the companion app.

Even though it is a frivolous fantasy, given the aforementioned stereotypes related to gaming, I could envision an education system in which simulators are used to give learners a taste of their chosen field of study, so as to avoid the large-scale dissatisfaction – and subsequent drop-out – of university courses based on the fact that students didn’t know what the hell they were signing up for.

Games can change the world. The world just hasn’t realized it yet.

Between teaching English and studying for my Masters in Education, gaming keeps me sane. Having the privilege to write about what I love is just the cherry on top.