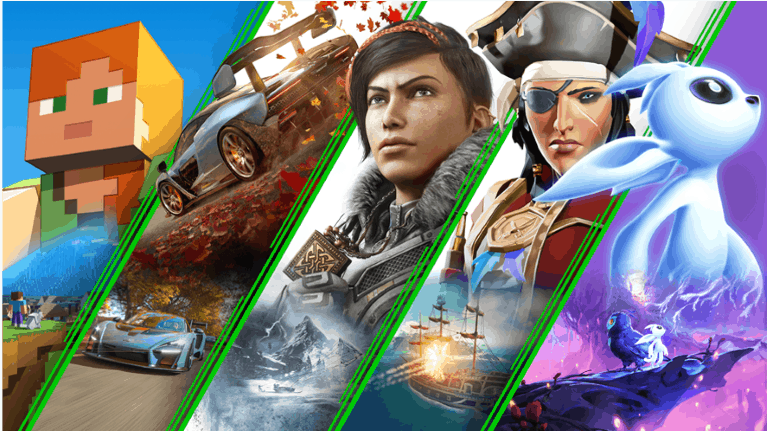 When a video game grows immensely popular, two things can happen. Either the developers spectacularly disappoint everyone with a lackluster sequel, or the game seeps into every crack in popular culture. The second outcome involves a lot of supplementary content, but some studios went one step further – they gave casino game developers their blessing to create branded slots.

Even though slots with elements of music, movies, and art are nothing new, video game slots are the next big thing in the online gaming industry. The connection between slots and PC/console titles is stronger than ever and nowhere is this more exemplified by these four slots, all based on games that won over the hearts of millions of gamers.

If Resident Evil 4 brought the franchise into the limelight, then the sixth iteration of the game is what really caused CapCom’s creation to ‘blow up’. Even though there is a Resident Evil movie directed by Paul Anderson, the slot uses the game as its main and only inspiration. Skywind Group has been responsible for some awesome slots, with this one being no exception.

The crux of the game involves following the four main characters – Ada, Jake, Chris, and Leon, on their way to defeat the horde comprised of zombies and other kinds of abomination. What makes this particular slot so enticing is the excellent way Skywind Group managed to intertwine Resident Evil elements with classic slot concepts. There are 5 reels and 3 rows to work with, which the total amount of opportunities for winning being 25. It’s great to see that the 25p-£250 wager range is in force on all devices and platforms. Continuity is always a plus!

Each of the four protagonists yields a special bonus feature, while most of them can be combined. All character images award the player three free spin rounds and even a multi-level bonus game once you’ve spent all the free spins. Even the little details are there, such as the green herb from the RE universe being used as a scatter symbol.

While many experts consider this to be among the best online slots, we don’t quite agree. The 95.09% RTP will certainly put off more serious players, but the volatility of the game is more than enough to attract fans of the Resident Evil franchise. One of the best options for casual gamers, no doubt.

When developers are faced with the challenge of turning a cult video game into a slot, they have to worry about both continuity and innovation. Continuity basically means retaining as many of the game’s iconic elements as possible. This is perhaps the best selling point of any video game slot, as players have to be faced with a familiar environment in order to properly enjoy the game.

Innovation, on the other hand, is the concept of creating something new out of an old video game concept. Worms Reloaded, yet another brilliant game by Blueprint, aces both of these categories. In this case, we feel like the original Worms game was merged with a slot platform. While you’re playing the game, you can see two armies of worms launching rockets and other kinds of attacks on each other, which is much akin to the OG PC game.

The crazy action and dynamism we all know and love are back. Both win counters, reels, and free spin rounds have their own specific design, which allows these game elements to stand out from one another, but still retain the iconic quality Worms fans are used to. We also have to praise the quality of sound effects, which are so realistic that you actually feel like you’re out on a battlefield with a bunch of non-arthropod invertebrates.

From 20p to £500, the bet range is quite wide. As such, Worms Reloaded can be touted as a great option for high-rollers, but we can’t ignore the absolutely atrocious 92.66% RTP. If fun is all you’re looking for, then there is no reason to hesitate. Hardcore players should look elsewhere, which has by now become a common sentiment when reviewing video game-inspired slots.

Microgaming embarked on one of the most ambitious projects in all of online gaming – creating a series of Tomb Raider-themes slots. Temples and Tombs, the third installment in their efforts to immortalize the legendary English archaeologists in online gaming lore, is by far the best of the bunch. Graphics, new sound effects, and innovative features all contribute to the undeniable quality of this particular title.

Most of the value symbols feature either Ms. Croft or her essential tools, such as torches, guns, and other accessories. There are also high-value images of dragon heads, golden pharaoh heads, and other archaeological wonders that Lara is usually on the hunt for. All in all, the imagery in Lara Croft: Temples and Tombs is much akin to the original video game franchise, even down to the eerie or epic music, depending on the occasion.

When it comes to jackpots, they are triggered by collecting wild symbols as you play the game. The more you’re able to find, the higher your chances of landing the random jackpot. You can win an amount that’s either 15, 100, or 5,000 times worth your wager, which isn’t half bad, especially when you’re just looking to have fun.

The RTP of 96.05% is much better than most video game-themed slots, but it’s not something high-rollers are dying to see. Another thing that might be a flaw is the £20 limit on wagers. While most casual players will adore the fact that their bankroll is protected from larger disasters, hardcore games won’t happy to find out that they aren’t able to give their bankroll larger boosts. Nevertheless, the overall execution of the game is near-flawless and everyone can have fun, regardless of their financial goals. It’s worth a shot.

Street Fighter II is a game that has resulted in thousands of quarrels, smashed controllers, and innumerable hours spent feeling both frustration and joy. As one of the games that are universally praised, this title has always been an enticing idea for a remake in the slot game format. Nobody dared to take the plunge, until NetEnt announced that The World Warrior will see the light of day on May 25, 2020.

Expectedly, this caused quite a stir, but the fanfare grew even greater once people were able to see the details pertaining to the game. Once you decide to start playing, you need to pick a fighter. Believe it or not, all eight of the game’s original characters are making an appearance. Each of them has 2 victory symbols and 2 defeat symbols unique to them. Your winnings will depend on the placement of these symbols.

There are also boss fights, which yield unlimited free spins and a multiplier that increases with every boss you manage to take down. The bet range is 20p-£700, which makes Street Fighter: The World Warrior a truly inclusive game. Even though the demo only provides a glimpse of the game’s quality, the 96.06% RTP was enough for even some high rollers to start making plans.