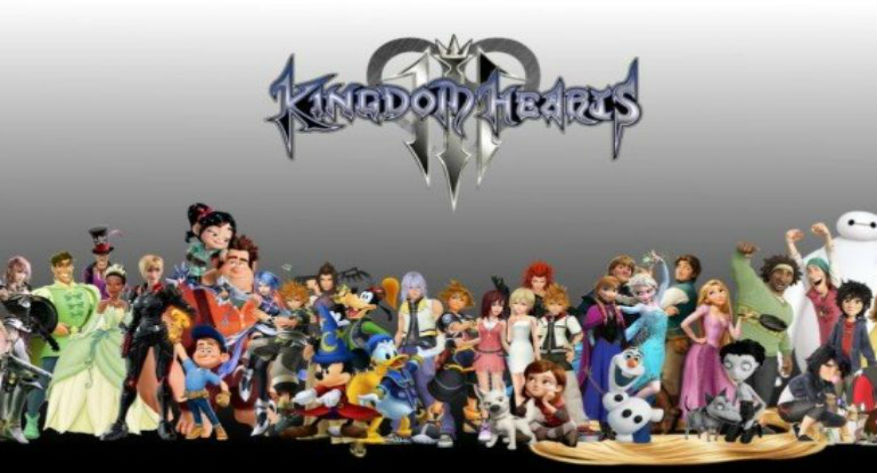 As many of you have likely heard by now, news has spread across the community that Kingdom Hearts could possibly grace the Nintendo Switch in some form. During the Kinda Funny Games Daily Show, Game Informer Senior Editor Imran Khan revealed that he has caught wind of possible Kingdom Hearts representation on Nintendo’s newest console. He goes on to state that while Kingdom Hearts III seems unlikely due to the being “very demanding,” talks between Square Enix and Nintendo have been occurring to determine how the series can be best represented.

Obviously, we have little information on what shape or form Kingdom Hearts will appear on the Switch. The most likely possibility would be that Square Enix will port Kingdom Hearts 1.5 + 2.5 Remix, as most of the games from the series exist within that collection. Regardless of how it happens, bringing the beloved RPG franchise to the currently most popular console on the market is a no-brainer. Not convinced? Don’t worry, I’ve decided to provide three reasons as to why this collaboration makes all the sense in the world.

1. Nintendo Fans Are an Untapped Market

Before I go any further, let me address this: I know that Kingdom Hearts has had a presence on past Nintendo systems. That said, this presence has never made a large impact on Nintendo fans for a few reasons. First off, every game that has had Nintendo support has always been on a handheld system. Second, those supported games have never provided a good entry point for new players. All of this has led to little correlation between Nintendo fans and Kingdom Hearts Fans. Now, with a new collection on a hybrid system, that could change. Square Enix has the perfect opportunity to bring in a new group of buyers by providing them an easy starting point to play Kingdom Hearts. Not only that, but the Switch’s more powerful specs would allow developers to port games that couldn’t run on other handhelds, such as Kingdom Hearts and Kingdom Hearts II.

2. Kingdom Hearts Fans Get the Games on the Go

As previously stated, not many Nintendo lovers have hopped on the Kingdom Hearts fan bus. However, that’s not to say no one in the world loves both Nintendo and Kingdom Hearts. I personally played my first Kingdom Hearts game on a Nintendo console, but I digress. The point is that some Kingdom Hearts fans would love nothing more than to play the franchise on the Switch. Who wouldn’t? Not only would players have the opportunity to play a high-quality Kingdom Hearts game on a Nintendo home console, but they would also have it anywhere on the go. Yes, the Switch’s portability has shown up as a key point in many arguments, but we can’t help that this feature makes the system so desirable and appealing to both gamers and developers. Portability opens up a huge audience.

Now, this last point doesn’t so much prove why Kingdom Hearts should come to the Switch as to why it will come to the Switch. If you look back on recent years, you will notice that Nintendo and Square Enix have formed a rather close working relationship. Some would say it began when Square Enix allowed Cloud from Final Fantasy VII to appear as a fighter in Super Smash Bros. for Wii U/3DS. From there, we would see multiple Square Enix games, both old and new, grace Nintendo systems. Fast forward to today, and we have 1) multiple ports/definitive editions of Square franchises like Dragon Quest, Final Fantasy, etc., and 2) a whole division within Square Enix dedicated to Switch development. When you piece this all together, it’s only a matter of time before the next big Square property, Kingdom Hearts, receives its own moment in the Switch spotlight.

What are your thoughts of Kingdom Hearts coming to the Switch? Let us know in the comments below! For more content, check out our articles on Why Link’s Awakening For The Switch Could Spell Trouble and The Five Biggest Nintendo Direct Announcements of February 2019. Otherwise, keep it on Culture of Gaming for all things Gaming!