2019: Join the 8th Generation of Consoles 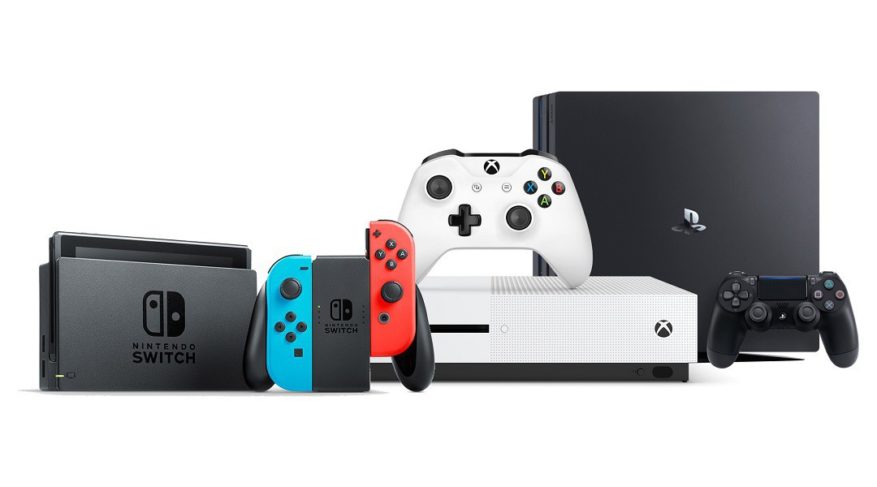 As the clock winds down on yet another generation of gaming, now is the time to jump in.

2019 looks to be a very promising year. With a wide variety of popular games on the horizon, and premier hardware available to play them on, this could be one of the greatest years in gaming. Whether you’re a Nintendo, Microsoft, or Sony fan, the possibilities are endless. Let’s take a look at the 3 big publishers, and talk about why this is the best time to join in on the fun.

Going into its third year on the market, the Nintendo Switch is rolling along with great momentum. Solid first party entries such as Pokémon Let’s Go and surprising third party entries like Warframe have kept the Switch on the radar. Unfortunately for the Switch, a price markdown doesn’t seem imminent in the near future.

That doesn’t mean that this popular handheld/console hybrid isn’t worth your time or money, however. The Switch is arguably the best device for playing indie titles on the go, and with great hits like Super Mario Odyssey, Breath of The Wild, Splatoon 2, and Super Smash Bros. Ultimate already available, it’s hard to overlook this popular little device. Look for news on even more third party entries in 2019, and maybe even a hardware revision towards the end of the year.

The Xbox One X and One S are both attractive devices.

It’s no big secret that the Xbox brand got off to an incredibly slow start this generation. That being said, some intelligent marketing and the addition of the Xbox Game Pass program has really helped to put Microsoft back on the map. While there are still popular projects in the works for this generation, including Gears of War 5 and possibly another Halo entry, there’s already a vast library of games that are not only fun to play, but are becoming much more affordable over time. Watch for even more price cuts in 2019, and should you choose to pick up an Xbox One, look forward to it’s great UI and of course 4K streaming and video playback.

The 8th Generation giant continues to dominated the market with relative ease. 2018 delivered some GOTY quality titles in Marvel’s Spider-Man and God of War, and that momentum doesn’t look to be slowing down in 2019. Like the Xbox One, the PS4 has a vast library of games that have become much more affordable over time. The ability to play using VR is another enticing aspect for the PS4, and may be one of the most affordable ways to do it. With the PS5 around the corner, don’t be surprised to see markdowns on both the base and pro models of the system in the near future, and with as many awesome titles as the PS4 already has available for it, you’re guaranteed to stay busy throughout 2019, and years to come.

While it’s uncertain what all exciting adventures await us in the year 2019, it goes without saying that it’s a great time to be a gamer. No matter which platform you choose to play on, this is the perfect time to reap the benefits and rewards of Generation 8. Oh, and you’ll be able to play Fortnite no matter what.